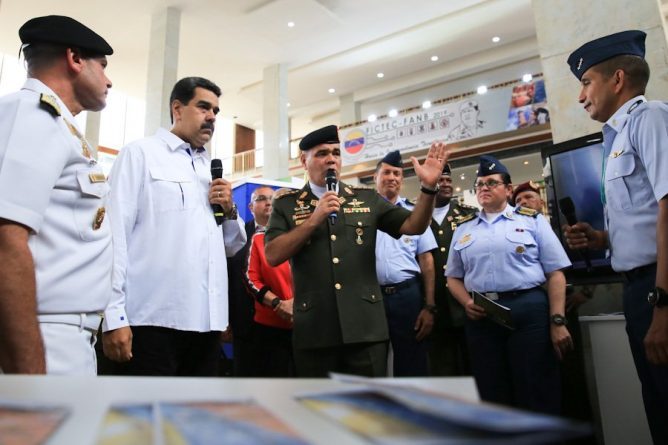 “We, Venezuela, can do more than the head of the empire, and you will have your CLAP!” President Nicolás Maduro Moros said, referring to the last announcement made by the US president, Donald Trump, to sanction the Local Supply and Production Committees. (CLAP). Citing unknown sources, Reuters news agency reported that alleged “sanctions” would be imposed on officials, military personnel and national and international companies that have links with the CLAP, the formula through which the Venezuelan government delivers food to six million families every month.

In this sense, the President said: “Imperialism wants to destroy the CLAP of your family, of the community”. He stated that the head of the empire says ‘I’ll go for the CLAP’. “And we say from here: do whatever you want to do, Venezuela is going to continue with the system of Local Supply and Production Committees, and the CLAPs will sting and spread themselves, and remain at hand with the people “.

He pointed out that Venezuelans are working day by day to take national production forward to achieve self-sufficiency. “Venezuela is ordering all its lines, correctly because we have to produce,” said the dignitary from the Military Circle of Caracas to head the First Fair of Innovation, Science and Technology of the Bolivarian National Armed Forces (FANB).

It is worth remembering that on May 19 some 10 maritime transport companies were sanctioned making it impossible for food to arrive for the people. The complaint was made on Sunday by Freddy Bernal, national head of the CLAP. “He sanctioned 10 of the 12 shipping companies,” Bernal said, “that were transporting food to Venezuela, which causes delays in the arrival of items to the country, that is, what arrived in a month, now takes three months.”