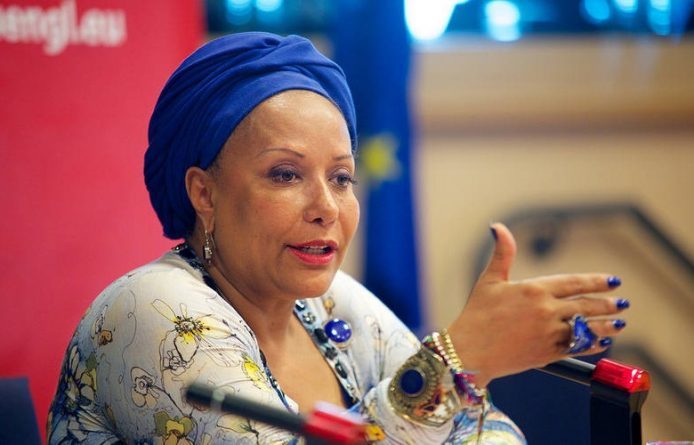 The Colombian Human Rights Defender, Piedad Córdoba, said that the world should be required to respect Venezuela’s free self-determination, and also supports the dialogue among Venezuelans that has been encouraged by the President of the Bolivarian Republic, Nicolás Maduro.

During the XVIII Latin American and Caribbean Student Congress (Clae) that takes place in the spaces of the Teresa Carreño Theater Cultural Complex (Caracas), Córdoba said: “Venezuelans have the right, through dialogue and peace to get ahead of an agravating situation like this blockade imposed on them from imperialism”.

She stressed that she hopes that the results of the congress include a statement in favor of what peace means in the Bolivarian nation.

Also, during her participation in the session, the international representative affirmed: “Without woman there is no Revolution”. At the same time, she highlighted the importance of the role of Venezuelan women in all the spaces of the country.

The debates of the XVIII Latin American and Caribbean Student Congress that culminates on Saturday, May 25, focus on issues of regional interest, integration and independence in the region in the face of the current situation and challenges facing the student movement.