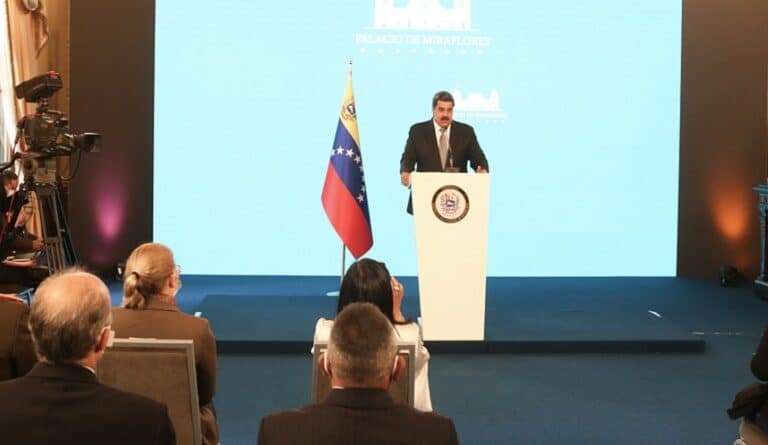 On Wednesday, February 17, during a press conference with international correspondents in the Miraflores Palace, President of Venezuela Nicolás Maduro said he was in favor of holding a mega-election of governors, mayors, state deputies and councilors.

“I agree that they should be held together, it seems a very good idea to me,” said the Venezuelan president during a press conference at the Miraflores Palace on Wednesday, in the presence of international media.

“In the Great Patriotic Pole we are ready for this new electoral battle,” he said and maintained that this decision will depend on political dialogue and the National Electoral Council.

He noted and stressed that as part of the preparation for the upcoming electoral calendar, the National Assembly is currently carrying out the process of electing new members of the country’s highest electoral body. Elections for governors and state deputies are scheduled for the last quarter of 2021. Given this siuation, voices have emerged in opposition and government ranks that propose that a mega-election be held that includes mayors and councilors.