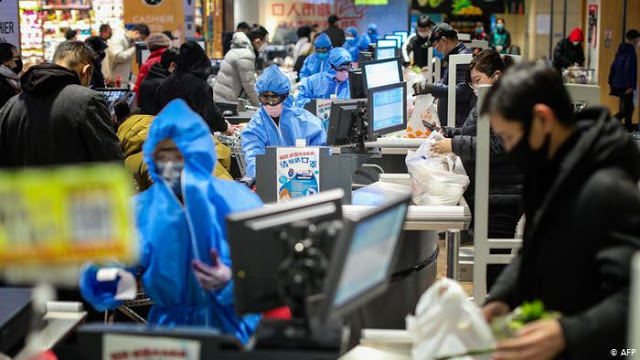 It is not entirely true that Covid-19 does not distinguish when attacking and especially when causing deaths. It is possible that biologically there are no differences in terms of skin color, age, or sex, in any case there are studies that will have to be carried out carefully once the details of the cases of infected and deceased are available, but, differences and inequalities to fight the pandemic and not die trying, in fact, there are.

It is not the same risk to be infected that the Amazon delivery person takes, who must go out to work daily because otherwise his children will go to bed without eating, in comparison to the risk that the owner of the same company runs who, being socially very well distanced in his mansion, is first on the Forbes list with a patrimony of 138 billion dollars.

It is not the same to endure quarantine as a Walmart cashier, with all the risk of catching it implied by having a salary that is not enough to pay for the Covid-19 screening test, as it is to endure social distancing being one of the shareholders from that company: number 13 on the Forbes 2020 list with 54 billion dollars of equity.

It is not the same to fight the coronavirus without a piece of bread to eat because, being an employee and without the ability to save, you have been fired because the transnational company where you work had to close due to quarantine as it is to be a bourgeois owner of the company.

RELATED CONTENT: Covid-19 Mortality Rates and the Groups Most Vulnerable to the Virus

It is not the same to cope with the pandemic living on the streets, without permanent refuge, without having anything to eat, without work or salary, as it is belonging to the 1% of the world population that appropriates 82% of wealth (Oxfam, 2019).

The real evil that is spreading throughout the world today and that attacks humanity is inequality, which in turn is the consequence of a predatory production and distribution system through which the bourgeoisie, the owner of capital, with the complicity of States that minimally participate in economies and “let them be”, has increasingly appropriated the effort of the salaried worker. A system that, therefore, generates more and more poverty and that today, in times of coronavirus, is becoming more evident.

Coping with the onslaught of the coronavirus pandemic in conditions of poverty is obviously more difficult. Today, 3.7 billion people in the world are poor, that is, half the population.

Have we asked ourselves why there are so many poor people in the world? Or are we going to believe the hegemonic speech defending capitalism that says that the poor are poor because they do not work enough, they do not work, they are not productive, they squander their wages, and therefore they are responsible for their own condition of poverty?

Let’s see some figures and dismantle the lie. World production amounts to $ 85.9 billion (it is the sum of the gross domestic product of all countries during 2018 according to World Bank data). Who is supposed to have produced those billions? the rich? Capital owners? The bourgeoisie?

That means that the 85.9 billion dollars that were produced in the world in 2018 are the result of the effort of 3,208 million proletarians and 83 million bourgeois.

However, and according to the accounts, according to Oxfam, 82% of the 85.9 billion dollars that were produced went to the hands of 1% of the world population (that is, 70.4 billion dollars were appropriated by only 75 million people). Each one of this group, who are not exactly from the working class, earned an average of $ 927,630 in 2018, of course some more than others.

The other 18% of what was produced in the world ($ 15.4 trillion) was distributed among the remaining 99% of the world population (among 7,500 million people), with an average of $ 2,000 each. year, some more and others less, others nothing. We refer to those who live pay check by pay check, those who if they do not go out to work do not eat despite the fact that they are the ones who produce the 85 billion. Read the proletarians.

Are the poor really poor because they don’t work? Seriously?

Is it not that the exploiting capitalist system in a globalized world full of transnational monopolies, grants the omnipotent power to the owner of capital to fix, not only prices but also wages and by default profit, subsuming more and more employees into poverty? Is it not that the product of the work of billions of proletarians of the world is increasingly unevenly distributed? In the midst of a pandemic plaguing humanity, who do you think will be most affected: 2.68% representing the bourgeois class or 97.32% of the working class?

According to the ILO, during the first quarter of 2020 the number of working hours decreased by around 4.5%, which is equivalent to 130 million jobs. They estimate that for the second quarter there will be 305 million jobs. For its part, the UN World Institute for Development Economics Research estimates that around 500 million people could be added to world poverty as a result of the pandemic.

In these times of quarantine when an invisible enemy makes us vulnerable as humanity, let’s reflect. It is not enough to overcome neoliberalism, which is the wildest part of capitalism. Nor is it enough to give the State a little more participation so that, within the framework of an exploitative system such as the capitalist one, it strengthens universal health services and provides free basic education.

We must change the world at its basis, eradicate the origin of inequality and review the production and distribution system based on unequal ownership of the means of production. The post pandemic world should move towards a fair and equal system. It is necessary to contain capitalism and stop the spread of inequality and poverty that this system exponentially creats.

We are 3,345 million proletarians. Let’s all unite in this fight! Happy International Workers’ Day, especially those who in times of pandemic risk their lives and their lives to save humanity!