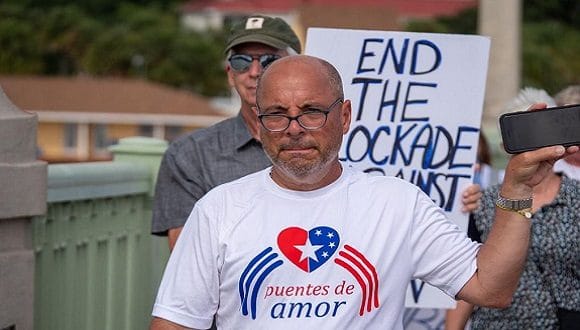 On Sunday, July 25, a delegation of the Puentes de amor [Bridges of Love] solidarity project, coordinated by Professor Carlos Lazo, arrived in Washington DC, demanding the end of the US imposed economic blockade on Cuba. The blockade, running over 60 years by now, has decimated the economy of the nation and has gravely harmed Cuban families.

Cuban-American Lazo, who is leading the solidarity initiative, told Prensa Latina that, since leaving Miami, Florida, “we have walked more than 2,000 kilometers, we have toured different cities, we have spoken with Americans of different creeds and ideologies to ask for the lifting of the sanctions that weigh on the Cuban people. We want to build bridges of love between the peoples of Cuba and the United States.”

RELATED CONTENT: The US has No Business Lecturing Cuba About ‘Free and Fair’ Elections

After entering the US capital, Puentes de Amor headed to the Lincoln Memorial. In the afternoon they congregated in Lafayette Square, a public park located in front of the White House. 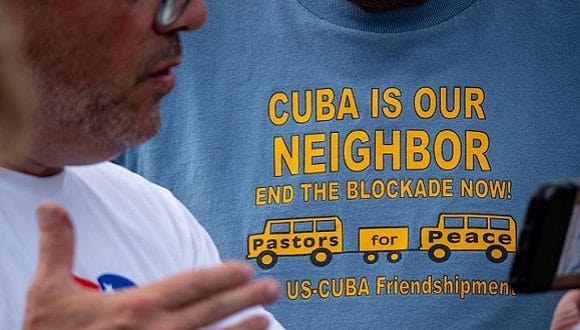 In this last location, a sit-in demonstration took place, demanding President Biden to lift all the unilateral measures that directly affect the well-being of Cuban families. According to Lazo, 27,000 signatures have been collected in support of Puentes de Amor’s petition. The signatures will be delivered to the current US administration.

In Washington, after nearly a month of the start of this unprecedented walk in solidarity with Cuba, Lazo made a call for unity and support. “People of Cuba, our people who live in Cuba and who live in other places throughout the world: here we are, marching to make bridges of love, marching for better relations between the peoples of Cuba and the United States, marching so that the embassy in Havana is reopened,… so that the family reunification program is restored immediately,… so that restrictions on the sending of remittances are lifted and hence we can send money to our relatives,” said Lazo in his speech. “We are marching so that our American brothers and sisters can travel freely to Cuba; we are marching to create ties of scientific and economic cooperation between our peoples, in the midst of this pandemic.” 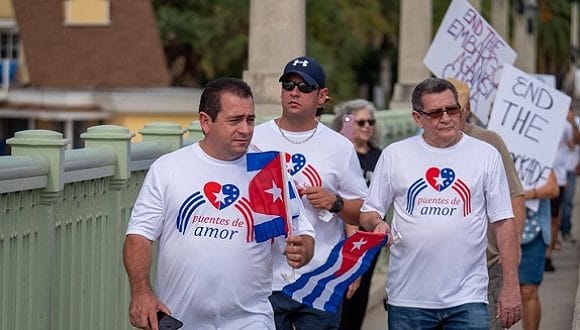 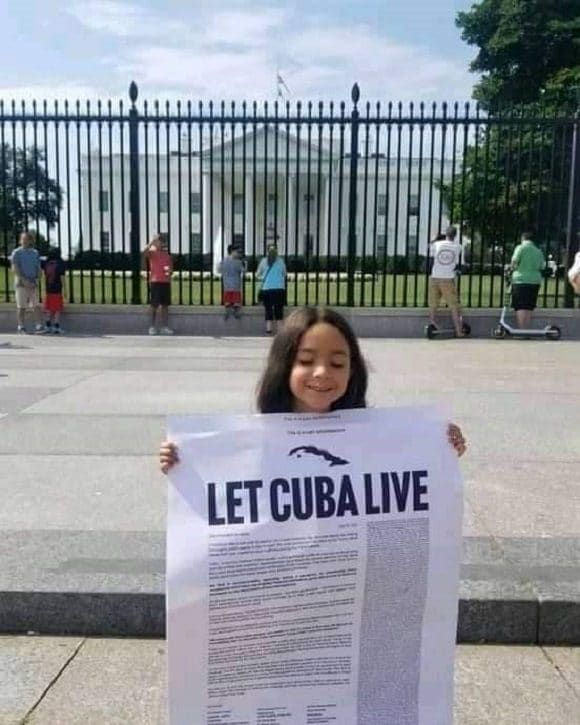 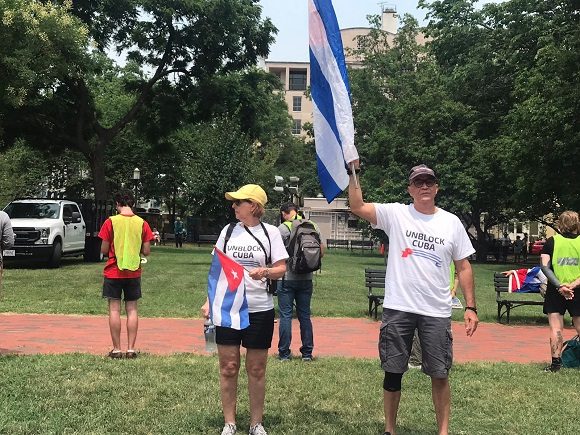