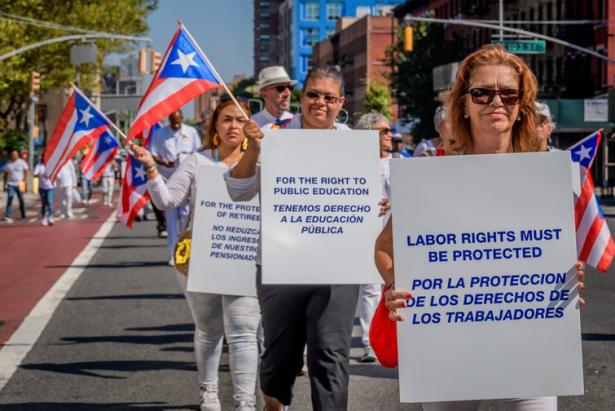 On September 27, Puerto Rico’s federally imposed Fiscal Oversight and Management Board (FOMB) announced a debt restructuring plan that would reduce the island-territory’s $129 billion debt ($72 billion in bonds and $57 billion in pension obligations) by 33% and provide a path out of bankruptcy.

“After more than a decade of economic decline and fiscal disarray, after tens of thousands of Puerto Ricans left their island to find prosperity elsewhere, we have now reached a turning point,” said FOMB chairman José Carrión upon filing the plan.

While this may seem like a welcome relief to an island still recovering from Hurricane Maria, it just spells more trouble for Puerto Rico by requiring more austerity to maintain payments, while ignoring policies that would promote economic sustainability.

The debt restructuring plan, which faces a court battle before being approved, will not be universally embraced. On the one hand, representatives of bondholder groups asked to accept significant cuts on the original value of the bonds, may take legal action. While advocates say it is a bad deal because it will expand draconian measures such as the 11.25% sales tax (the nation’s highest), reductions in pension payments, and cuts to education and social services.

The plan needs to be approved by US District Court Judge Laura Taylor Swain, who oversees cases brought in connection with PROMESA. The 2016 Congressional Act mandated an unelected 7-member Fiscal Oversight and Management Board, composed of financial sector technocrats who enforce debt restructuring policies and require the government to submit balanced budgets.

RELATED CONTENT: Oscar López Rivera to Correa: “Neither in Puerto Rico nor in any Colony Does Democracy Exist” (Interview)

Just the latest installment of US financial colonialism

The narrative of how the debt was amassed tends to elide much of the island’s economic history. It obscures the fact that Puerto Rico is an unincorporated territory of the US, subjected to experiments in tax policy, free trade, and acting as a cash cow for US corporations – effectively holding its residents as a captive consumer market.

This narrative locates the beginning of Puerto Rico’s troubles to 1996, when President Bill Clinton, in a bid to demonstrate a willingness to reduce corporate tax breaks, convinced Congress to eliminate Section 936 of the Internal Revenue Code. Section 936 provided a tax credit allowing income generated in Puerto Rico to be essentially tax free. This IRS loophole would be phased out over 10 years – with 2006 generally recognized as the first year of a recession that still mires Puerto Rico.

The acceleration of Puerto Rico’s debt through bond issuance took off during this 10-year period, since private sector job loss increasingly required the government to become a major employer – leading the government to increasingly issue more bonds to cover its payroll and essential services. From 2003 to 2013 alone, bond debt increased from $29 billion to $71 billion.

While this period marked a sizable increase in Puerto Rico’s debt, largely brought on by desperate and irresponsible government officials enticed by unscrupulous Wall Street practices, the fact is, Puerto Rico’s economy had been in trouble from the beginning.

Since the US acquired Puerto Rico in 1898 after the Spanish-American War, the island has been used as a laboratory for experiments ranging from attempts to force its population to speak English by banning Spanish education, encouraging the sterilization of thousands of women as well as using them to test birth control products, rewriting its tax laws to favor US corporate investment, and creating the first free-trade zone in the Americas by eliminating duties on all imports from the island. As a result, large US-based sugar corporations were given the best land on the island, Puerto Rico’s coffee industry was dismantled, and the development of a strong local business sector was stifled.

In the 1950s, when Puerto Rico was finally allowed to elect its own local governor, its economy was restructured, shifting a largely agricultural-based economy to manufacturing – while encouraging the migration of displaced rural Puerto Ricans to Northeastern cities like New York and Philadelphia. For a brief period in the 1960s, Puerto Rico was touted as the “Showcase of the Caribbean,” an economic success that provided talking points against the Cuban socialist experiment. A small middle class was created, as well as housing developments and strip malls that resembled parts of Florida and Southern California.

But unemployment in Puerto Rico throughout this period was always substantially higher than in the US, and its GDP to GNP ratio, which measures the amount of wealth generated against the wealth that is retained, was one of the lowest in the world. When the OPEC oil crisis began to dampen the US economy in the mid-1970s, Puerto Rico’s economy began to suffer as well. In contrast to the dominant narrative, the Puerto Rican government first resorted to large-scale borrowing in the form of debt issuance to essential services in the 1970s – not in the wake of 936’s phaseout in 1996.

With the debt restructuring deal currently on the table, Puerto Ricans will be stuck paying back the remaining debt for decades through exorbitant tax cuts, and austerity schemes (pensioners who receive over $1200 in monthly benefits will see cuts of 8.5%) – while continuing to attract outside capital by offering huge tax exemptions. The cut in pensions in particular sabotages the local economy by decreasing the disposable income of retirees, who form a larger part of the population as younger people migrate because of the poor economic outlook.

Current governor Wanda Vásquez, who took power after a messy corruption and ethics scandal that forced previous governor Ricardo Roselló out this past August, supports the plan – while continuing to rely on prior laws that provide tax breaks for multi-millionaires and billionaires to settle on the island. A recent American Community Survey report from the Census Bureau reveals that poverty rates are declining in Puerto Rico as outmigration increases, which could be a sign of the presence of new wealthy residents.

Economic experts like Columbia University’s Pablo Gluzmann, Martin Guzmán, and Alfred Stiglitz have called for up to an 80% reduction in Puerto Rico’s debt as well as a massive stimulus grant to help the island recover from the $94 billion in damages from Hurricane María and develop a sustainable economy. Yet the Trump administration continues to denounce Puerto Rico by delaying recovery aid, as the president falsely states that $92 billion has been sent to the island, when it has actually only received around $20 billion.

Many island advocates also maintain that an independent citizen’s audit of the debt would reveal that much of the debt was issued illegally and should be erased. Instead, in 2018, the FOMB commissioned a study by the Wall Street law firm Kobre & Kim. While the report disclosed various missteps in the accumulation of the debt, it failed to call out the questionable actions of debt underwriters such as Goldman Sachs.

In the long run, and in the wake of the political turmoil this summer, Puerto Rico needs to find a path toward creating a self-sustaining economy that does not depend on outside investment, but encourages locally invested wealth creation. Ultimately this process requires reassessing the island’s colonial relationship with the US, which is the main reason its economy has been held captive since 1898. 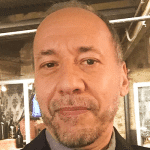 Ed Morales is a freelance journalist and the author of Fantasy Island: Colonialism, Exploitation and the Betrayal of Puerto Rico (Bold Type Press) and Latinx: The New Force in American Politics and Culture (Verso). He teaches at Columbia University’s Center for the Study of Ethnicity and Race.

Ed Morales is a freelance journalist and the author of Fantasy Island: Colonialism, Exploitation and the Betrayal of Puerto Rico (Bold Type Press) and Latinx: The New Force in American Politics and Culture (Verso). He teaches at Columbia University’s Center for the Study of Ethnicity and Race.