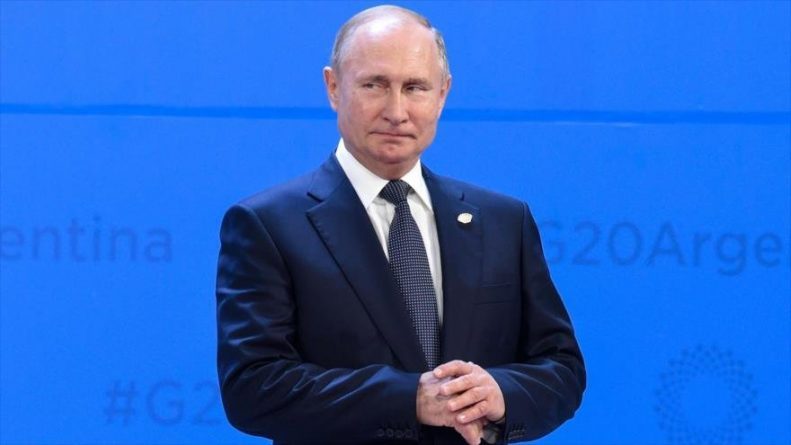 Russian President Vladimir Putin once again highlights Iran’s role in the success of any process to solve the crisis that has plagued Syria since 2011.

“To settle the situation in Syria, we must take into account the positions of Tehran and Damascus,” the Russian president said in statements made at the end of the G20 summit (Group of the twenty industrialized and emerging countries of the world) held on Saturday. recently in Buenos Aires, the Argentine capital, according to the official Russian agency Interfax.

Referring to the formation of a committee to discuss the Syrian Constitution, Putin said that it is a delicate and very important issue that requires “a lot of patience” to be able to “successfully complete this work”.

According to the head of the Russian State, no step can be taken in this line without taking into consideration the consent of the Syrian Government. The formation of the committee “is complicated and has many axes,” he recalled.

He also discussed cooperation with Turkey around Syria, indicating that Ankara and Moscow are concerned about the situation in the northwestern Syrian province of Idlib and hope that the joint efforts of both sides will result in the creation of a demilitarized zone in this area.

“The situation in Idlib also worries us. We see that our Turkish partners have not yet been able to achieve everything (what is planned), but they are working. We also see that they are working on the creation of a demilitarized zone” he explained.

Idlib is the last stronghold of radical and terrorist groups, in particular of the Al-Nusra Front (self-proclaimed Fath Al-Sham Front), linked to Al-Qaeda. Under the reconciliation agreements, members of the radical gangs who refused to abandon arms in Aleppo, Homs and East Guta, Daraa and Al-Quneitra arrived in that province.

Since the outbreak of the Syrian conflict in 2011, the Iranian government, at the request of Damascus, has been supporting the Syrian anti-terrorist campaign. Currently, Tehran, together with Moscow and Ankara form the guarantor countries of the Syrian peace process in Astana, the Kazakh capital.

During the last round of negotiations held on November 29, the aforementioned guarantor nations reaffirmed their firm commitment to the sovereignty, independence, unity and territorial integrity of Syria for the purposes of the Charter of the United Nations Organization (UN)