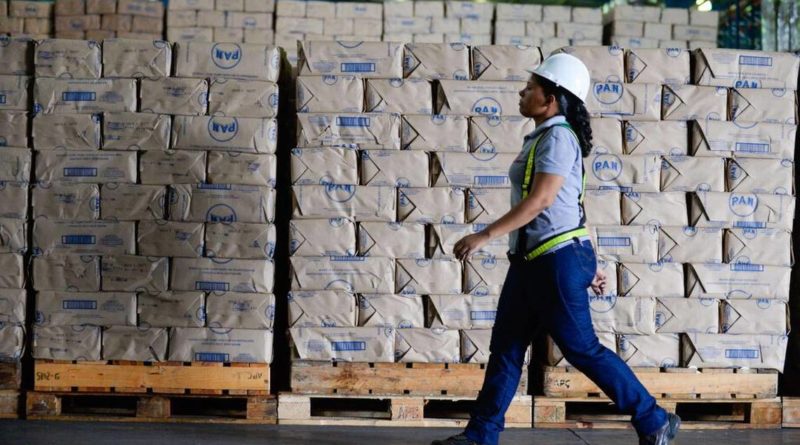 Empresas Polar and its owner Lorenzo Mendoza has been at the forefront of regime change operations since 2002 against Commander Chavez and now against President Maduro, financing and sometimes actively participating in coup attempts.

Empresas Polar used their trucks to block access to Caracas during the 2002 Coup against president Chavez, they were accused of misappropriating millions of dollars during the foreign exchange control system implemented by President Chavez (CADIVI), of hording during the complex period between 2010 and 2018, of economic warfare, its CEO has been requested by opposition leadership to run for president of Venezuela.

Disregarding Chavismo’s acknowledgment of their weight in food processing and distribution in Venezuela, they do not produce a single hectare of anything, they are just importers and buyers of food. They focus on packing and distribution. Yesterday not mentioning their name in the government daily press conference on Covid-19 cases was a gesture of elegance and statesmanship by the Venezuelan government.

Today Empresas Polar released a communique on the situation that didn’t even mention the Venezuelan government one single time and in praise of their own excellent preventive work, without mentioning if they took disinfecting measures like the ones practiced by state owned Empresas Diana, with disinfecting protocols for all workers entering their plants.

“Not explicitly mentioning President Maduro’s government is an insult to Chavismo but most importantly a sign they are following US regime change scrypt of not recognizing President Maduro as the rightful head of state in Venezuela. It is also a way of saying they recognize Juan Guaidó’s illegal presidential claim while putting a veil over their own responsibility for implementing effective epidemiological protocols to avoid infections among its workers,” an analyst said to OT.

Here we highlight the most disturbing parts of their communique:

RELATED CONTENT: Venezuelans Stranded Abroad is More Evidence of Guaido Not Governing Anything

Here is the full statement:

During the first week of April, a worker from the related company Seguridad 365 was identified as the first member of the organization infected by Covid-19. He developed a fever and after doing the pertinent tests, he was admitted to a clinic for his attention. Immediately the Covid-19 Committee of Polar Companies executed the actions provided for in the protocol, following the instructions of the World Health Organization (WHO)

a) identify the spaces where the infected person was

b) clean and disinfect the identified areas

Three days later, the second case is detected, a coworker of the first. Both were on their days off at the time of presenting the symptoms, but they were also instructed to attend a medical consultation. In a very short period of time, the company managed to consolidate complete information about the people who had contact with both in recent days. This allowed the health authority to summon 23 people to apply the tests. Of the 23 cases evaluated, 12 were identified as suspicious and were immediately hospitalized, even when they did not present symptoms. Two days later, 5 cases were confirmed.

It is important to highlight the fundamental role that our Covid-19 Committee, created five weeks ago and led by Augusto Báez, responsible for the Health, Safety and Environment Management (SSA), has had in the proper management of this situation. To carry out this work, a multidisciplinary team was formed in which Lorenzo Mendoza, Antonio Planchart, Ivana de Guerrero, Jennifer Pose, Ibrahim Torres and Miguel Colmenares participate. The professionalism and the high sense of responsibility that has guided all of its actions are the best guarantee that we have the procedures and standards that allow us to adequately control and take care of this type of situation.

We must remember that we are facing a pandemic declared by the WHO, which can potentially affect people around the planet and that already reaches around 2 million infected and 120 thousand deaths. It is everyone’s task to comply with the prevention measures that have been duly informed, as this way we will all manage to minimize their incidence. The company, for its part, will continue to handle this issue with the transparency and clarity that has made it possible to detect these first cases, as is the obligation of any organization or institution.

We also call on you not to be guided by unfounded rumors. As workers of the company we have the responsibility to clarify to our family, friends and relatives that these infected people are already treated. In addition, it should be noted that due to the nature of their (security) work, they have had no contact with the company’s production or distribution areas, which continue to operate normally and comply with the protocols established for each of them.

Empresas Polar once again acknowledges and thanks the extraordinary effort made by its workers, franchisees, carriers and contractors, who make the commitment to bring food and beverages to the table of all Venezuelans a reality.