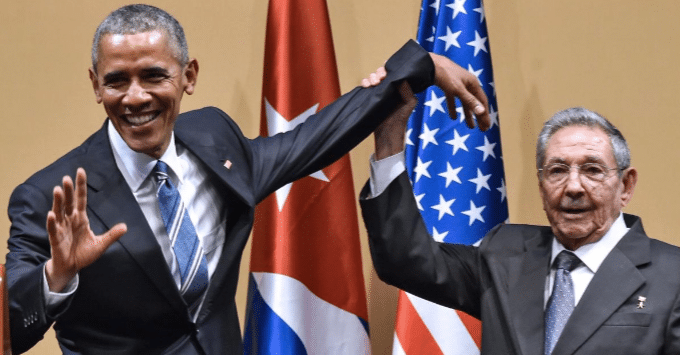 Zakaria acts as the informal Democratic Party CNN “spokesperson,” especially on international issues. The following may possibly provide us with an idea of what Biden is thinking.

From the full extract of the official CNN Transcript dealing mainly with Cuba:

ZAKARIA: Secretary Pompeo spent the better part of the week making big pronouncements and bigger moves on the world stage. He said that al-Qaeda’s new home base is in Iran. He labeled Cuba a state sponsor of terror and the Houthis in Yemen a foreign terrorist organization.

GLASSER: And so you have it as an example, I think, of how the U.S. has, sort of, abdicated leadership in the region. And, you know, there’s real costs to this. He’s also seeking to impose political costs, of course, on the incoming Biden administration if they seek to reverse this, if they reverse the Cuba designation, that they are somehow going to be in league with terrorists. You can just imagine, you know, the campaign commercials that—that Mike Pompeo is cutting in his mind.

ZAKARIA: Right. So—and if you look at the Cuba and the Iran ones, they seem both entirely of that—of that nature. You know, he’s designating Cuba as a state sponsor of terror. You know, it falls on the Biden administration to awkwardly have to, you know, undo that designation.

But both of them are—would be very awkward, politically, to undo, right?

GLASSER: Well, that’s exactly it, or they think that they will.

ZAKARIA: Unfortunately, Susan—I’m so sorry, but I’ve got to—I’ve got to let you go. We will—we will come back to this and to you because it’s always a pleasure.

Both Zakaria and Glasser go on to predict that, should Biden try to undo these designations, Pompeo and Trump will have a perfect excuse to attack the new administration. Yet, if they were at all honest, both would argue against this excuse rather than allowing it to hang in the air as a reasonable alibi for the State Department’s parting shot.

Compare this CNN transcript to the statement by eight US Senators. Furthermore, why did CNN not cite this?

“Klobuchar, Leahy, and Colleagues Demand Answers from The State Department About Move to Designate Cuba a State Sponsor of Terrorism

We note that Pompeo placed Cuba on the list without a formal review by the Congress. However, if Pompeo could do this so easily, then Biden, far from feeling “awkward,” could remove Cuba from the list on January 20.

Featured image: Raúl Castro raises Obama’s fainted arm during his visit to Cuba in 2016 in an awkward moment avoiding to shake hands with the US president – Photo by AFP.