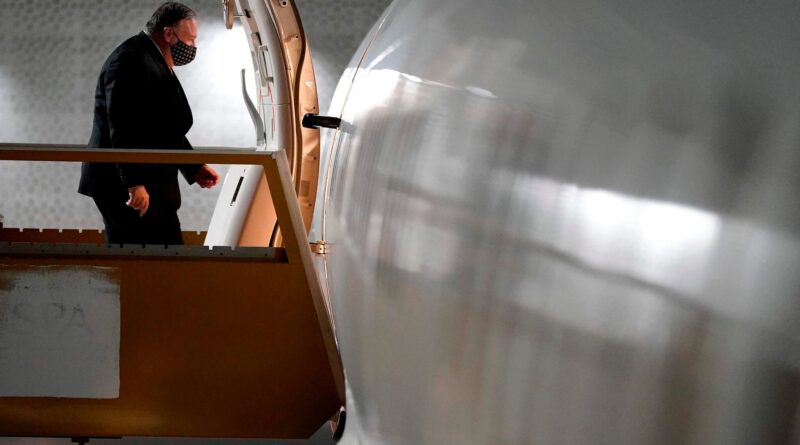 On Wednesday, January 6, a mob spurred on by Donald Trump and made up of different sectors of the U.S. alt-right engaged in a violent assault on the Capitol and carried out a performance that demonstrated the decomposition of a regime incapable of pulling together the ruling political community of a decadent empire.

On Monday, January 11, ex-CIA Director and outgoing Secretary of State Mike Pompeo announced that the United States had again placed Cuba on the list of State Sponsors of Terrorism, a list from which Cuba had been removed by Obama.

Both deeds are attacks on democracy by Trump and the alt-right, and with the measure taken against the Cuban Revolution, the intention is to put obstacles in the path of possible re-establishment of relations by incoming president Joe Biden.  It is another aggressive action added to all those carried out since January 1961, when the Eisenhower administration broke diplomatic relations with the Cuban government led by Fidel Castro.  Afterward came the attack by mercenary soldiers on Playa Girón (Bay of Pigs) in April 1961, the economic, commercial, and financial blockade in 1962, and placing Cuba on the of terrorist states by the Reagan administration in 1982.  Interspersed with all this aggression has been small gestures of detente such as the setting up of Interest Sections in both countries in 1977 and the opening of embassies in 2015.

Stated in another way, the measure has the double purpose of creating more challenges and contradictions for the Biden administration in any potential plans for modifying Cuba policies.  At the same time, it acts as a wink and a gesture to the ultra-right Cuban-American community in Florida, who supported the failed Trump re-election attempt. It is planting political land mines as they flee the battlefield.

Although the Biden administration can reverse the decision, the process will take months, since the State Department has to do an in-depth review of the subject and provide the basis for removing Cuba from the list.

Some prominent Democrats, like Gregory Meeks, member of Congress from New York and new president of the Foreign Affairs Committee of the House of Representatives or Ben Rhodes, former National Security advisor during the Obama administration, have made it very clear that Cuba is not a state sponsor of terrorism, and denounced the intent to limit the maneuvering ability of the Biden administration.

Besides the Miami ultra-right, the government of Colombia has also influenced this decision, since, along with president Ivan Duque’s ties with Florida, in Colombia, they will not forgive the Cuban Revolution for giving refuge to the ELN guerrilla fighters and for the attempt to facilitate peace talks similar to those that occurred with the FARC (Revolutionary Armed Forces of Colombia).    Ever since Trump became president of the U.S., he has persisted in the intention to again include Cuba in the list of state sponsors of terrorism.  However, until now they had been unable to achieve this goal, due to the absence of any evidence that implicates Cuba in support or financing of terrorist organizations or actions, in spite of the pressure of known anti-Cuban U.S. political personalities like Senator Marco Rubio, whose first objective will be to “torpedo” relations between the Biden and Diaz-Canel governments.

The relation between Cuba and the ELN was established by government agreement and protocols signed by both parties and by the guarantor nations, that clearly established that in the case of a rupture in the peace negotiations, such as that which did occur, the members of the insurgent delegation would be returned to Colombian territory with full guarantees of safety.  It was untenable for Cuba to return the ELN negotiators to Colombia as prisoners.  The Cuban Revolution did more for peace, acting as a seat for, and guarantor of, the discussions between the Colombian government and the FARC and ELN, than the Colombian government itself.  However, although Obama received the Nobel Peace Prize, whose history has been unfair to revolutionary processes as they confront dominant empires.

Cuba is not only not a state sponsor of terrorism, it is a state victim of terrorism with 3,478 dead and 2,099 persons with permanent disabilities as the result of terrorist actions committed or orchestrated by the government of the United States.

The inclusion of Cuba on the list of state sponsors of terrorism is, without any doubt, one of the last death-throe blows of a failed and corrupt administration involved with and committed to the Miami-Cuban mafia, as President Diaz-Canel stated.  But the Cuban Revolution has survived 12 presidents, from Eisenhower to Trump, and a criminal blockade, so there is no doubt that, one way or another, it will survive Joe Biden.