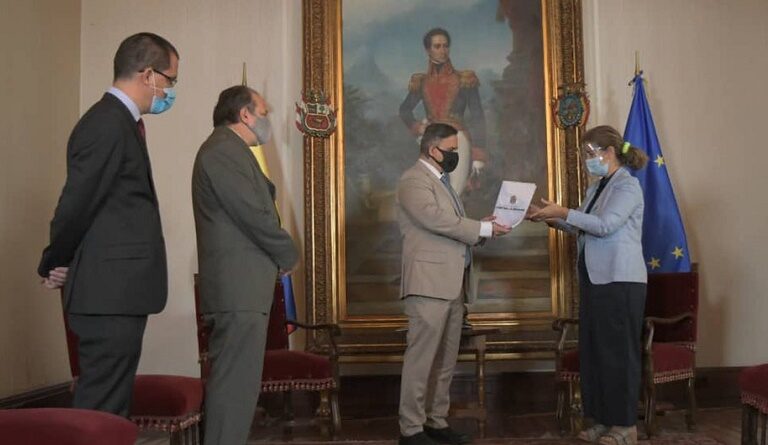 The European Union  ambassador in Venezuela, Isabel Brilhante Pedrosa, was received this Tuesday at the Yellow House -headquarter of the Venezuelan Ministry of Foreign Affairs- by the Attorney General of the Republic, Tarek William Saab and the Minister of Foreign Affairs, Jorge Arreaza.

The encounter organized by the Venezuelan Ministry for Foreign Affairs was convened to formally deliver the report “The Truth of Venezuela Against Infamy” prepared by the Venezuelan State to counter the questionable human rights report prepared by an “independent” UN fact-finding mission that Venezuelan authorities call “the Lima Group report” in which the reality of human rights in Venezuela is distorted with the goal of providing ammunition for more international aggression against Venezuela.

This delivery is part of a campaign to officially deliver the truth about Venezuela’s human rights contain in this report to representatives of multilateral organizations and foreign diplomats based in Caracas.