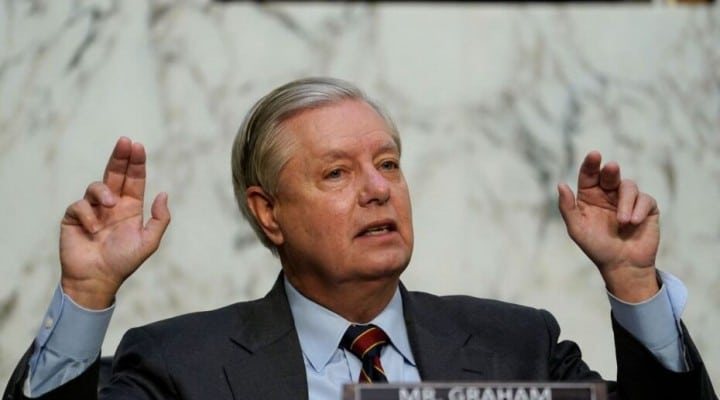 If either party has an October Surprise up its sleeve it had better produce it soon. Only about three weeks to go until the election.

There is considerable speculation in Washington about a so-called October Surprise being engineered by either party to change the outcome of the upcoming election. The original October Surprise took place in 1980, when Ronald Reagan’s campaign manager William Casey conspired with several senior CIA officers in Europe to convince the Iranian government to delay the release of the American Embassy hostages until after the November election against Jimmy Carter. Casey believed that any earlier release of the hostages would give a boost to the Carter campaign. The Iranian government was approached and complied with the request, believing that it would result in a less hostile relationship with the new administration. In the event, Reagan defeated Carter and some believed that the continuation of the hostage crisis had made the administration look feckless and hurt the incumbent.

The latest version of the October Surprise relates inevitably to the recent bout of President Donald Trump with COVD-19, which some conspiracy theorists are attributing to his having been deliberately infected by the Democrats to take him out of the race. There is no evidence to support such a claim and it is not even clear exactly how one would go about getting access to the president and introducing the virus.

Another recent version of the Surprise involves starting a little war to demonstrate national resolve and willingness to directly confront America’s enemies. It has been suggested that Secretary of State Mike Pompeo might be considering staging some kind of provocation or even a false flag operation that would result in open conflict with Iran or even Syria with the U.S. arguing that the fighting is both lawful and defensive in nature. Such as suggestion might be considered insanity, but there are signs that the U.S. in heightening its delegitimization campaign against Iran in particular. Unconfirmable allegations from anonymous U.S. government sources are surfacing about an alleged Iranian plot to kill the U.S. Ambassador in South Africa while Washington is now implementing new unilateral sanctions against Tehran as well as Damascus. The downside that suggests that starting something with Iran might be a bridge too far is the considerable ability of the Mullahs to strike back against U.S. forces in the region. Venezuela might be considered a much softer target, where the U.S. also has sanctions and a naval blockade in place.

But also given the fact that Trump’s taxes and Hunter Biden’s illegal meanderings in Eastern Europe have failed to arouse much public anger, perhaps the most interesting option for staging an October Surprise is already out on the table as it were and has been alluded to by a number of Republican politicians as well as by some of the punditry in the conservative media. It consists of a declassified letter sent to Senate Judiciary Committee Chairman Lindsey Graham (R-South Carolina) by Director of National Intelligence (DNI) John Ratcliffe. DNI Ratcliffe was responding to Graham’s request for an intelligence community overview of the FBI’s handling of Crossfire Hurricane. Crossfire Hurricane was the cover name given to what has turned out to be a possible Hillary Clinton initiated FBI-run largely clandestine defamation campaign directed against Trump and all his associates that may have been launched formally in July 2016.

In the letter, DNI Ratcliffe provided the following declassified information to the Senate committee for its consideration. The letter was received by Graham on September 29, the same day as the first presidential debate. The key points are:

RELATED CONTENT: Poll Finds Just 15% of Americans Confident in US Democracy, as Partisan Divisions Only Grow Ahead of Presidential Vote

Noting the fact that the Bureau did not aggressively follow-up on the claims regarding Clinton, who was expected to win the election, Graham subsequently commented on the letter, saying “This latest information provided by DNI Ratcliffe shows there may have been a double standard by the FBI regarding allegations against the Clinton campaign and Russia. Whether these allegations are accurate is not the question. The question is, did the FBI investigate the allegations against Clinton like they did Trump? If not, why not? If so, what was the scope of the investigation? If none, why was that?”

The Ratcliffe letter was followed by a committee review of the confidential information that supported the claims made in the letter. On the following day, the committee questioned former head of the FBI James Comey who implausibly claimed that Crossfire Hurricane “didn’t ring a bell,” before asserting that his bureau “did not intentionally commit wrongdoing” though there may have been some “real sloppiness” on the part of some FBI employees.

An angry Donald Trump subsequently ordered that all the documents relating to the Russiagate investigation be declassified, but neither the CIA nor the FBI appears to be in any hurry to comply, so there are unlikely to be any new revelations before the election.

So the real smoking pistol that might have turned into an October Surprise may have been the expectation on the part of some Senate Republicans that the story about Hillary Clinton personally initiating an illegal conspiracy involving the FBI and intelligence community to destroy a political rival would take off politically. As President Barack Obama reportedly was briefed on what was taking place and signed off on it, it is plausible that Biden as Vice President was also in the loop. That might have been enough to turn voters against Joe Biden and the party that he represents.

Unfortunately, or fortunately, depending on one’s point of view, the U.S. media has not taken the bait. The tale revealed by the Ratcliffe-Graham letter was hardly replayed in the mainstream and there were few in the public space who stridently demanded that Hillary Clinton publicly face the consequences for her illegal and one might even suggest treasonous actions. Hatred of Trump in the media seemingly cancels out all other considerations, particularly when it is the Democrats who are behaving badly.

And now time is running out. If either party has an October Surprise up its sleeve it had better produce it soon. Only about three weeks to go until the election.