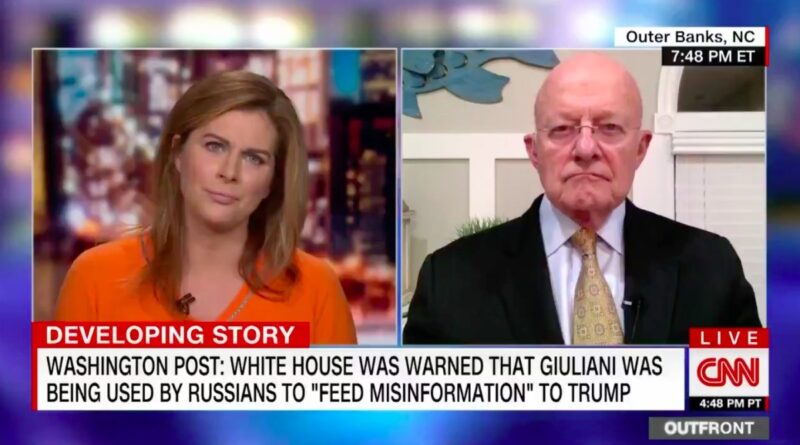 Like the Russian hacking narrative, the Trump-Russia collusion narrative, the Russian bounties in Afghanistan narrative, and any other evidence-free framing of events that simultaneously advances pre-planned cold war agendas, is politically convenient for the Democratic party and generates clicks and ratings, the narrative that the New York Post publication of Hunter Biden’s emails is a Russian operation is going to be hammered and hammered and hammered until it becomes the mainstream consensus. This will happen regardless of facts and evidence, up to and including rock solid evidence that Hunter Biden’s emails were not published as a result of a Russian operation.

Joe Biden – and all of us – SHOULD be furious that media outlets are spreading what is very likely Russian propaganda.

1/ I’ve seen the intel. The mainstreaming of misinformation is Russia’s 2020 goal. Here’s what we know, and why we can’t take it lying down.

This is happening. It’s following the same formula all the other fact-free Russia hysteria narratives have followed. The same media tour by pundits and political operatives saying with no evidence but very assertive voices that Russia is most certainly behind this occurrence and we should all be very upset about it.

“Joe Biden – and all of us – SHOULD be furious that media outlets are spreading what is very likely Russian propaganda,” begins and eight-part thread by Democratic Senator Chris Murphy, who claims the emails are “Kremlin constructed anti-Biden propaganda.”

“It’s not really surprising at all, this was always the play, but still kind of head-spinning to watch all the players from 2016 run exactly the same hack-leak-smear op in 2020. Even with everyone knowing exactly what’s happening this time,” tweets MSNBC’s Chris Hayes.

“How are you all circling the wagons instead of being embarrassed for peddling Russian ops 18 days before the election. It’s not enough that you all haven’t learned from your atrocious handling of 2016 — you are doubling down,” Democratic Party think tanker Neera Tanden tweeted in admonishment of journalists who dare to report on or ask questions about the emails.

“To me, this is just classic textbook Soviet Russian tradecraft at work,” former Director of National Intelligence James Clapper says as authorities are investigating if recently published emails are tied to a Russian disinformation effort targeting Biden. https://t.co/shyMNnJ7Yr pic.twitter.com/GFSeIWXeY4

Virtually the entirety of the Democratic Party-aligned political/media class has streamlined this narrative of Russian influence into the American consciousness with very little inertia, despite the fact that neither Joe nor Hunter Biden has disputed the authenticity of the emails and despite a complete absence of evidence for Russian involvement in their publication.

This is surely the first time, at least in recent memory, that we have ever seen such a broad consensus within the mass media that it is the civic duty of news reporters to try and influence the outcome of a presidential general election by withholding negative news coverage for one candidate. There was a lot of fascinated hatred for Trump in 2016, but people still reported on Hillary Clinton’s various scandals and didn’t attack one another for doing so. In 2020 that has changed, and mainstream news reporters have now largely coalesced along the doctrine that they must avoid any reporting which might be detrimental to the Biden campaign.

“Dem Party hacks (and many of their media allies) genuinely believe it’s immoral to report on or even discuss stories that reflect poorly on Biden. In reality, it’s the responsibility of journalists to ignore their vapid whining and ask about newsworthy stories, even about Biden,” tweeted The Intercept‘s Glenn Greenwald recently.

“You don’t even have to think the Hunter Biden materials constitute some kind of earth-shattering story to be absolutely repulsed at the authoritarian propaganda offensive being waged to discredit them — primarily by journalists who behave like compliant little trained robots,” tweeted journalist Michael Tracey.

Last month The Spectator‘s Stephen L Miller described how the consensus formed among the mainstream press since Clinton’s 2016 loss that it is their moral duty to be uncritical of Trump’s opponent.

“For almost four years now, journalists have shamed their colleagues and themselves over what I will call the ‘but her emails’ dilemma,” Miller writes. “Those who reported dutifully on the ill-timed federal investigation into Hillary Clinton’s private server and spillage of classified information have been cast out and shunted away from the journalist cool kids’ table. Focusing so much on what was, at the time, a considerable scandal, has been written off by many in the media as a blunder. They believe their friends and colleagues helped put Trump in the White House by focusing on a nothing-burger of a Clinton scandal when they should have been highlighting Trump’s foibles. It’s an error no journalist wants to repeat.”

lol no. Again no journalist wants to be the "but her emails" journalist and branded a leper by their entire industry. It's that simple. https://t.co/NvNkcKKufo

So “the emails are Russian” narrative serves the interests of political convenience, partisan media ratings, and the national security state’s pre-planned agenda to continue escalating against Russia as part of its slow motion third world war against nations which refuse to bow to US dictates, and you’ve got essentially no critical mainstream news coverage putting the brakes on any of it. This means this narrative is going to become mainstream orthodoxy and treated as an established fact, despite the fact that there is no actual, tangible evidence for it.

Joe Biden could stand in the middle of Fifth Avenue and shoot somebody, and the mainstream press would crucify any journalist who so much as tweeted about it. Very little journalism is going into vetting and challenging him, and a great deal of the energy that would normally be doing so is going into ensuring that he slides right into the White House.

If the mainstream news really existed to tell you the truth about what’s going on, everyone would know about every questionable decision that Joe Biden has ever made, Russiagate would never have happened, we’d all be acutely aware of the fact that powerful forces are pushing us into increasingly aggressive confrontations with two nuclear-armed nations, and Trump would be grilled about Yemenin every press conference.

But the mainstream news does not exist to tell you the truth about the world. The mainstream news exists to advance the interests of its wealthy owners and the status quo upon which they have built their kingdoms. That’s why it’s so very, very important that we find ways to break away from it and share information with each other that isn’t tainted by corrupt and powerful interests.c