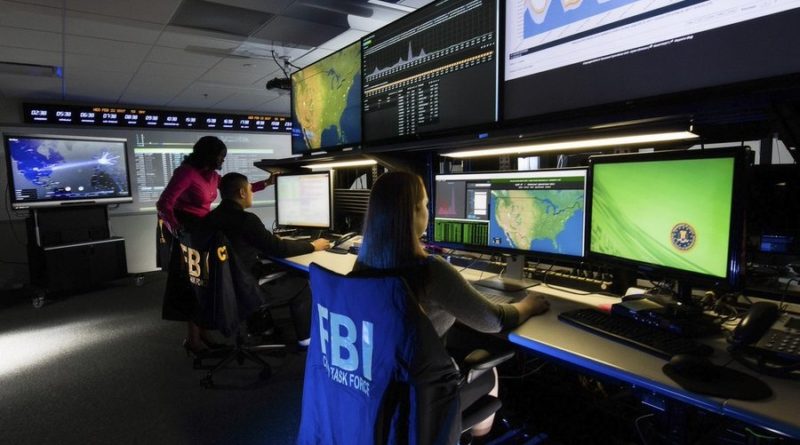 Under FBI orders, Facebook and Google removed American Herald Tribune, an alternative site that publishes US and European writers critical of US foreign policy. The bureau’s justification for the removal was dubious, and it sets a troubling precedent for other critical outlets.

The FBI has publicly justified its suppression of dissenting online views about US foreign policy if a media outlet can be somehow linked to one of its adversaries. The Bureau’s justification followed a series of instances in which Silicon Valley social media platforms banned accounts following consultations with the FBI.

In a particularly notable case in 2018, the FBI encouraged Facebook, Instagram and Google to remove or restrict ads on the American Herald Tribune (AHT), an online journal that published critical opinion articles on US policy toward Iran and the Middle East. The bureau has never offered a clear rationale, however, despite its private discussions with Facebook on the ban.

The FBI’s first step toward intervening against dissenting views on social media took place in October 2017 with the creation of a Foreign Influence Task Force (FTIF) in the bureau’s Counterintelligence Division. Next, the FBI defined any effort by states designated by the Department of Defense as major adversaries (Russia, China, Iran and North Korea) to influence American public opinion as a threat to US national security.

In February 2020, the FBI defined that threat in much more specific terms and implied that it would act against any online media outlet that was found to fall within its ambit. At a conference on election security on February 24, David K. Porter, who identified himself as Assistant Section Chief of the Foreign Influence Task Force, defined what the FBI described as “malign foreign influence activity” as “actions by a foreign power to influence U.S. policy, distort political sentiment and public discourse.”

Porter described “information confrontation” as a force “designed to undermine public confidence in the credibility of free and independent news media.” Those who practice this dark craft, he said, seek to “push consumers to alternative news sources,” where “it’s much easier to introduce false narratives” and thus “sow doubt and confusion about the true narratives by exploiting the media landscape to introduce conflicting story lines.”

“Information confrontation”, however, is simply the literal Russian translation of the term “information warfare.” Its use by the FTIF appears to be aimed merely at justifying an FBI role in seeking to suppress what it calls “alternative news sources” under any set of circumstances it can justify.

While expressing his intention to target alternative media, Porter simultaneously denied that the FBI was concerned about censoring media. The FITF, he said “doesn’t go around chasing content. We don’t focus on what the actors say.” Instead, he insisted that “attribution is key,” suggesting that the FTIF was only interested in finding hidden foreign government actors at work.

Thus the question of “attribution” has become the FBI’s key lever for censoring alternative media that publishes critical content on U.S. foreign policy, or which attacks mainstream and corporate media narratives. If an outlet can be somehow linked to a foreign adversary, removing it from online platforms is fair game for the feds.

The strange disappearance of American Herald Tribune
In 2018, Facebook deleted the Facebook page of the American Herald Tribune (AHT), a website that publishes commentary from an array of notable authors who are harshly critical of U.S. foreign policy. Gmail, which is run by Google, quickly followed suit by removing ads linked to the outlet, while the Facebook-owned Instagram scrubbed AHT’s account altogether.

Tribune editor Anthony Hall reported at the time that the removals occurred at the end of August 2018, but there was no announcement of the move by Facebook. Nor was it reported by the corporate news media until January 2020, when CNN elicited a confirmation from a Facebook spokesman that it had indeed done so in 2018. Furthermore, the FBI was advising Facebook on both Iranian and Russian sites that were banned during that same period of a few days. As Facebook’s chief security officer Alex Stamos noted on July 21, 2018, “We have proactively reported our technical findings to US law enforcement, because they have much more information than we do, and may in time be in a position to provide public attribution.”

On August 2, a few days following the removal of AHT and two weeks after hundreds of Russian and Iranian Pages had been removed by Facebook, FBI Director Christopher Wray told reporters at a White House briefing that FBI officials had “met with top social media and technology companies several times” during the year, “providing actionable intelligence to better enable them to address abuse of their platforms by foreign actors.” He remarked that FBI officials had “shared specific threat indicators and account information so they can better monitor their own platforms.”

Cybersecurity firm FireEye, which boasts that it has contracts to support “nearly every department in the United States government,” and which has been used by Department of Homeland Security as a primary source of “threat intelligence,” also influenced Facebook’s crackdown on the Tribune. CNN cited an unnamed official of FireEye stating that the company had “assessed” with “moderate confidence” that the AHT’s website was founded in Iran and was “part of a larger influence operation.”

The CNN author was evidently unaware that in U.S. intelligence parlance “moderate confidence” suggests a near-total absence of genuine conviction. As the 2011 official “consumer’s guide” to US intelligence explained, the term “moderate confidence” generally indicates that either there are still differences of view in the intelligence community on the issue or that the judgment ”is credible and plausible but not sufficiently corroborated to warrant higher level of confidence.”

CNN also quoted FireEye official Lee Foster’s claim that “indicators, both technical and behavioral” showed that American Herald Tribune was part of the larger influence operation. The CNN story linked to a study published by FireEye featuring a “map” showing how Iranian-related media were allegedly linked to one another, primarily by similarities in content. But CNN apparently hadn’t bothered to read the study, which did not once mention the American Herald Tribune.

Finally, the CNN piece cited a 2018 tweet by Daily Beast contributor Josh Russell which it said provided “further evidence supporting American Herald Tribune’s alleged links to Iran.” In fact, his tweet merely documented the AHT’s sharing of an internet hosting service with another pro-Iran site “at some point in time.” Investigators familiar with the problem know that two websites using the same hosting service, especially over a period of years, is not a reliable indicator of a coherent organizational connection.

CNN did find evidence of deception over the registration of the AHT. The outlet’s editor, Anthony Hall, continues to give the false impression that a large number of journalists and others (including this writer), are contributors, despite the fact that their articles have been republished from other sources without permission.

However, AHT has one characteristic that differentiates it from the others that have been kicked off Facebook: The American and European authors who have appeared in its pages are all real and are advancing their own authentic views. Some are sympathetic to the Islamic Republic, but others are simply angry about U.S. policies: Some are Libertarian anti-interventionists; others are supporters of the 9/11 Truth movement or other conspiracy theories.

One notable independent contributor to AHT is Philip Giraldi, an 18-year veteran of the CIA’s Clandestine Service and and an articulate critic of US wars in the Middle East and of Israeli influence on American policy and politics. From its inception in 2015, the AHT has been edited by Anthony Hall, Professor Emeritus at University of Lethbridge in Alberta, Canada.

In announcing yet another takedown of Iranian Pages in October 2018, Facebook’s Gleicher declared that “coordinated inauthentic behavior” occurs when “people or organizations create networks of accounts to mislead others about who they are what they’re doing.” That certainly doesn’t apply to those who provided the content for the American Herald Tribune.

Thus the takedown of the publication by Facebook, with FBI and FireEye encouragement represents a disturbing precedent for future actions against individuals who criticize US foreign policy and outlets that attack corporate media narratives.

Shelby Pierson, the CIA official appointed by then director of national intelligence in July 2019 to chair the inter-agency “Election Executive and Leadership Board,” appeared to hint at differences in the criteria employed by his agency and the FBI on foreign and alternative media.

In an interview with former acting CIA Director Michael Morrell in February, Pierson said, “[P]articularly on the [foreign] influence side of the house, when you’re talking about blended content with First Amendment-protected speech…against the backdrop of a political paradigm and you’re involving yourself in those activities, I think that makes it more complicated” (emphasis added).

Further emphasizing the uncertainty surrounding the FBI’s methods of online media suppression, she added that the position in question “doesn’t have the same unanimity that we have in the counterterrorism context.”

Gareth Porter is an independent investigative journalist who has covered national security policy since 2005 and was the recipient of Gellhorn Prize for Journalism in 2012. His most recent book is The CIA Insider’s Guide to the Iran Crisis co-authored with John Kiriakou, just published in February.