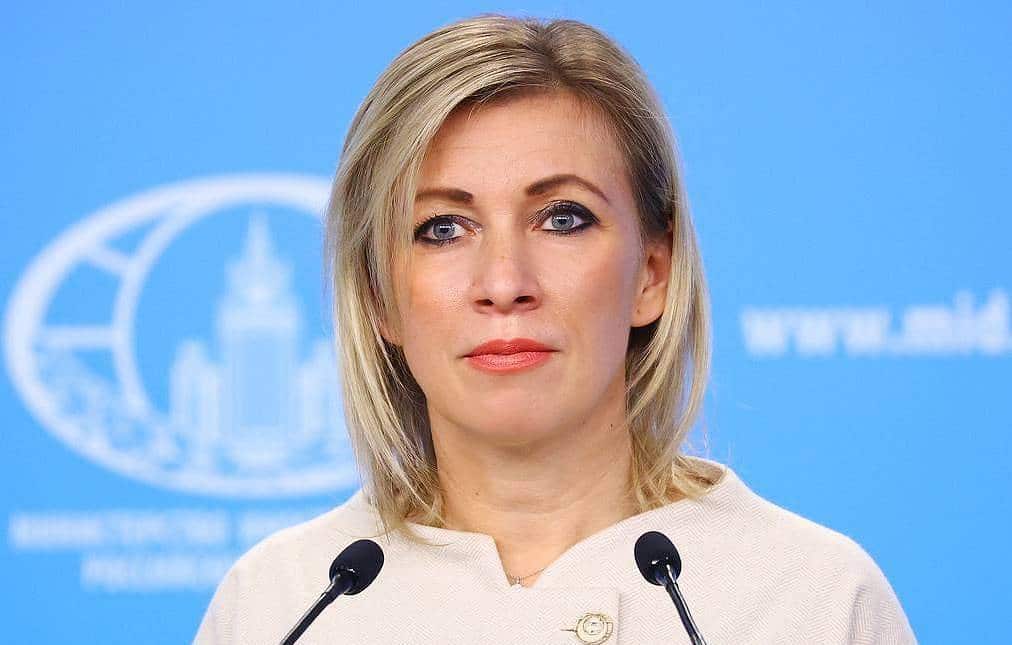 In the statement posted on her Telegram account on Saturday, February 19, Maria Zakharova responded to Zelensky’s claims that pro-independence forces in Donbas had fired on residents of the region, which is located in eastern Ukraine and contains the self-proclaimed independent Donetsk People’s Republic and Luhansk People’s Republic.

“Only a heartless cynic can make statements like ‘they shot themselves’ to the residents of Donbas, taking into account the number of people who have died in the Donetsk and Lugansk regions in recent years,” said Zakharova. She has tried to “put her emotions aside,” she added, but finds it difficult to continue to do so.

About 14,000 deaths have been confirmed in Donbas since the beginning of the war in 2014, following the overthrow of the democratically elected president of Ukraine, Viktor Yanukovych, and the declaration of sovereignty by the aforementioned republics, who refused to recognize the new government in Kiev.

The special monitoring mission of the Organization for Security and Cooperation in Europe (OSCE), which monitors the conflict zone, has confirmed that the attacks come mostly from “Kiev-controlled forces.”

Heavy weapons attacks in the Donbas continued for the third day in a row on Saturday. The conflict was reignited when Ukrainian forces shelled forces of the Luhansk People’s Republic, whose authorities have denounced the attacks as a violation of the ceasefire agreements of the Minsk Protocol, signed in 2015 to end the conflict in the Donbas region.

Due to Kiev’s hostilities, citizens of Donetsk and Luhansk have taken refuge in Russia. According to official reports, at least 25,000 people have fled Donbas for safety in Russia.

Donetsk People’s Republic spokesperson Oleg Nikitin said on Thursday that the republic’s forces opened fire in order to protect civilians of Donetsk, in retaliation for artillery shelling from Ukrainian forces.

Since 2014, eastern Ukraine has been the scene of warfare between Kiev forces and pro-independence forces, and incidents such as these occur frequently. However, tensions have escalated with mutual accusations by Kiev and Moscow of troop mobilization and preparations for a possible offensive, all rejected by Russia.