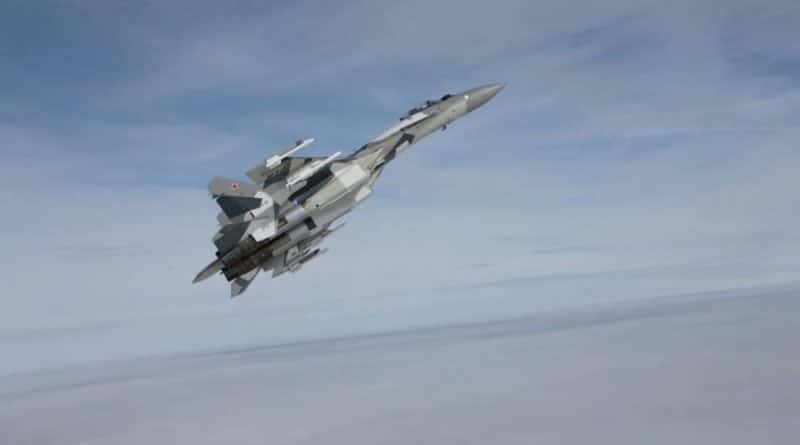 BEIRUT, LEBANON (7:40 A.M.) – The Turkish Air Force allegedly deployed some of their warplanes to the southern countryside of the Idlib Governorate after the Syrian Arab Army (SAA) scored a series of gains near the city of Khan Sheikhoun.

According to the aviation publication Avia.Pro, two Russian Su-35 jets intercepted the Turkish warplanes and forced them to leave Syria’s airspace.

“Any details on this subject were not disclosed; however, according to unconfirmed reports, the Turkish fighters were forced to leave Syrian airspace after covering a distance of 30-40 kilometers, which obviously indicates either the receipt of a warning from the airborne forces, or the discovery of Russian combat aircraft on radars,” Avia.Pro reported.

“The Su-35 fighters escorted and guarded the Syrian Air Force when they were attacking Khan Sheikhoun after threats from Turkey,” Avia.Pro reported, citing a Telegram military channel.

While these claims are not confirmed, the Turkish military did send two large convoys to the northern outskirts of Khan Sheikhoun after their allied militant forces lost a great deal of ground to the Syrian Arab Army around the city.

It is worth noting that both the Syrian and Turkish air defenses have downed each others warplanes during the Syrian conflict, with the latest incident in 2017.