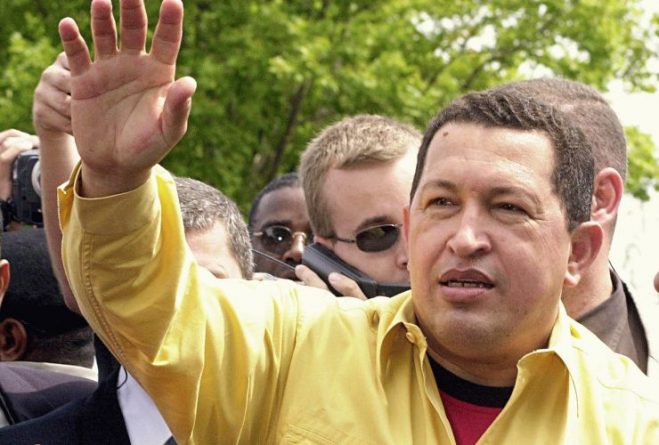 Character is for man his destiny.

When you decide to dedicate your life to the titanic mission of national liberation, of social revolution, of the emancipation of the human species, you must learn to deal with triumphs and failures. With the triumphs to avoid the risk of becoming vain and, eventually, to adapt to the new circumstances, lowering the flags. With the failures, which will be many, to gather enough strength to continue fighting.

It should be understood that a task of such nature will almost always go against the grain or, as Walter Benjamin would say, against the grain of history, having to deal with a common sense made to measure the order of things that is intended to change radically. It also supposes the willingness to assume the consequences that derive from facing criminal powers, motivated fundamentally by the desire for profit, and willing to do everything in order not to go back a millimeter.

They go back, of course, in those luminous moments of history in which the people manage to advance through the struggle, flashy episodes in which time seems to stop, and then take a leap of decades or centuries in a matter of days or years. But when these powers manage to recover the initiative, retake part of the lost ground, even go forward, trampling everything in their path, the people suffer the thicket of times that seem interminable, labyrinthine, without exit.

Now that the Bolivarian revolution is going through a difficult and tiring moment, it is opportune to recall one of the many episodes in which Hugo Chávez was about to give up and step aside.

In 1997, both Chávez and a small part of the Revolutionary Bolivarian Movement Two Hundred (MBR-200) were convinced of the unfeasibility of taking power by armed means, so they had to start considering the idea of participating in the presidential elections. of 1998.

RELATED CONTENT: Venezuela’s Bolivarian Revolution in the Crosshairs of US Imperialism

After leaving prison, in 1994, and while touring the country several times, recounts Chávez, “I dedicated myself to making contacts with our military cadres who were still in the Armed Forces. They were under close surveillance, and they had been very dispersed towards the border. Talking and analyzing with them, I came to the conclusion that a new military movement was not viable. We lacked real military force, and the surprise factor had disappeared “(1). In contrast, “I perceived directly on the street, after having traveled through towns and cities, that the impact of 4-F was still alive and that it had a solid backing in the country” (2).

Chávez narrates what happened the first time he raised the possibility of choosing the electoral route, in a meeting in Cumaná, with the address of the MBR-200 of Sucre state: “When we arrived later to the resting place, my own escorts, who were walking with an old gun or rifle from the guerrilla era, they came to talk to me, they were like eight. They told me: ‘Commander, we love you very much, but for elections do not count on us’ “(3).

In Zulia state something similar happened: “I remember one night, in Maracaibo, when I made the statement that we were going to start discussing the issue … They stopped, and I do not remember anyone who supported me. I’m talking about the regional cadres … At the level of the national leadership there was a more or less equal composition of opinions, but in most of the regions they thought that was betraying the movement and the people “(4).

The general picture was really disheartening: “Many comrades accused me of betraying the MBR-200, of letting myself be carried away by electoralism. They claimed that the system was going to swallow us … I felt like I was in the dock. I spent some very bitter days, because, after creating that MBR-200 and having helped it take root all over the country, the movement was radicalized towards non-participation in elections. Very prestigious voices emerged, propping that up. That current was gaining strength, they repeated that going to elections was betraying the people, sinking the movement and defrauding the hopes of the people”(5).

RELATED CONTENT: Venezuela, US Solidarity, and the Future of Socialism

After meeting with the leadership of the movement in Táchira state, Chávez felt he could not do any more: “We went to San Cristóbal for another meeting, and the verdict was worse for me. I was tired, beaten hard, discouraged. I said to myself: ‘Well, if that’s the case, I’ll retire’ […] I remember that at the end of that meeting in San Cristóbal, very late at night, I spoke with two colleagues, founders of the movement […] I asked them: ‘Please, take me to my father’s farm.’ Barinas is about three hours away. They accepted. I lay in the car, I was sleepy, I was tired, tired in my soul. I asked myself: ‘What have we created? What do these people want?Another military uprising?With what? For what?’. No chance of success. And I was not able to convince them![…] I was especially tired. I felt an immense fatigue. I needed a cure of solitude … I spent a week there meditating, walking along the river … I was alone. Like Jesus in the desert. I did not accept that anyone else be there”(6).

There, in that remote spot, “in that week of solitude and meditation I came to the conclusion that my analysis was correct. An inner voice told me to fulfill my duty and assume that mission. I convinced myself that I should lead the country if I wanted to change it. And my first task was to persuade my colleagues. I went back to the battle. I am not one of those who surrender to the first difficulty […] Heraclitus said: ‘Character is for man his destiny’ “(7).

Then, says Chávez, “I called a national congress of the MBR-200 to debate for several days. They were hard debates. I reminded them that, sometimes, if you do not want the policy to be worse than it is, you have to act. And that, in some cases, implies – as Max Weber said – selling your soul to the devil. Politics is not always for cigars. It is human in the most terrible sense of the word. The only ones who believe that perfection is possible in politics are the fans. In the end, the decision was made to make a great consultation. Some […] did not accept it and left. Anyway, what mattered to us, beyond the feelings of the cadres, was the opinion of the people […] And finally, in Valencia, on April 19, 1997, two decisions were made: first, to create a political electoral instrument; and second, to launch my pre-candidacy” (8).

The question is far from meaningless: what would have happened if Chávez was not able to overcome the immense fatigue, if he decided definitively to resign?

Nowadays, it is relatively easy to make a historical accounting, and draw the line of continuity between the theoretical revolution that the Bolivarians carried out, with Chávez at the head, when they discovered the idea-force of participatory protagonist democracy, at the beginning of the 90s; the irruption of Chavismo as a political subject, once the rebel military merged into a single force with the popular classes, especially after 1994; the electoral victory of 1998; the successive popular victories in the first years of the 21st century; and the physical disappearance of the commander in 2013, after leading a revolution that meant for the popular majorities the best moment in its history. But that trajectory could have seen itself truncated as early as in 1997, as the story of Chávez himself reveals.

Defeats can also be fuel for the victories to come. They can drag us even into loneliness. Building character consists, among other things, in discovering that, even in the worst circumstances, when fighting for the cause of peoples, we are not really alone.