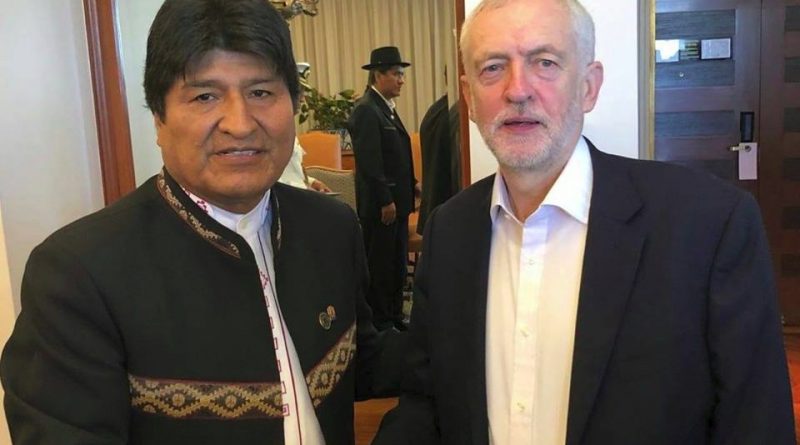 “The Trump administration’s interventionist agenda in Latin America means there is growing unease that Bolivia is now in its sights to.”

Through investing in public services, infrastructure and its people, for the last decade and a half Bolivia’s President Evo Morales has been showing that a better world is possible, different to austerity, privatization and Neo-liberalism.

Bolivia closed 2018 with one of the highest economic growth rates in Latin America, at 4.7% of Gross Domestic Product (GDP), according to official data. It is on course to be South America’s fastest growing economy for yet another year – and the beneficiaries of that growth have primarily been the poorest and most marginalized inhabitants of Bolivia.

The economic model championed by Morales is based on what is called ‘Social Community Production’, supported by a strong participation of the state in strategic sectors. This completely breaks with the Neo-liberal economic strategy, exemplified in the IMF’s approach of slashing public investment and state subsidies.

Rather than privatize public assets and impose austerity, Morales has retaken control of key parts of the country’s economy from foreign corporations, and invested the country’s resources in order to raise the standard of living.

When Morales took office, 60% of the total population were living below the poverty line, but that figure has been slashed in half. Two million Bolivians, or one in five of the population, have been helped out of poverty. Extreme poverty has been cut from nearly 40% to 17% through a variety of state-funded social programs.

Social programs have also focused on people’s health and education.

When Morales became president, Bolivia had an illiteracy rate of 13%, but within three years the country was declared free of illiteracy, thanks to a mass literacy campaign.

In 2000, just 35,73 % of primary school age children were enrolled in school. 4,500 educational establishments have been built since 2006, benefiting mostly the rural poor, and Bolivia is now is second to Cuba in Latin America in terms of funding education.

Healthcare has also been hugely improved through a tripling of its budget since 2006. The country now has 47 new hospitals, with a further 3,000 health centers being built. Life expectancy has increased from 64 years to 71 years.

Between 2006 and 2018, Bolivia has provided 16.4 million free health appointments reaching the poorest and most isolated communities in the Amazonian/Andean regions.

Bolivians have also benefited from 700,000 free eye surgeries, while infant mortality has been cut from 50 to 24 per thousand live births between 2009 and 2017, through health and nutrition programs.

US$200 million will be allocated in 2019 to guarantee the SUS’s sustainability by improving its equipment, supplies, and infrastructure.

Other achievements include the transformation of land ownership so that smallholders now control 55% of all land, and a large house building program for low income Bolivians.

But as Bolivia goes to the Presidential polls in October with Morales as the front runner, the Trump administration’s interventionist agenda in Latin America means there is growing unease that Bolivia is now in its sights too. Throughout Morales’ time in office, the US has been accused of seeking to destabilize the country through organizations such as USAID and National Endowment for Democracy.

This year, the main right-wing presidential candidate’s party has been accused of receiving $10 million in funding from unknown sources in the US.

Earlier in the year it was revealed that 10 legislators, two senators and three representatives of political and non-government organizations, opposed to President Morales, sent a letter to President Donald Trump asking to “intercede” in their country’s affairs.

The concern therefore is that the US may engage in further efforts to intervene into Bolivia ahead of the election – and afterwards if they don’t like the result – making it vital that the labour and trade union movement and other progressive organizations stand up for Bolivia’s right to determine its own future.

· Sign a statement in solidarity with Bolivia at bit.ly/boliviastatement 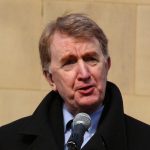 Colin Burgon (born 22 April 1948) is a British Labour Party politician who was the Member of Parliament (MP) for Elmet from 1997 to 2010. Honorary President of Labour Friends of Progressive Latin America.

Colin Burgon (born 22 April 1948) is a British Labour Party politician who was the Member of Parliament (MP) for Elmet from 1997 to 2010. Honorary President of Labour Friends of Progressive Latin America.