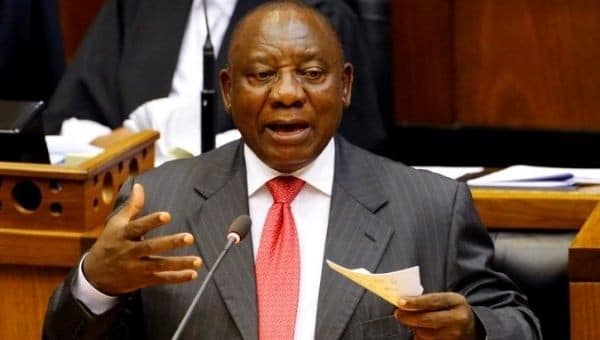 The National Assembly of South Africa Tuesday voted in favor of the Constitutional Review Committee’s report on amending Section 25, which says land can only be expropriated with compensation. This further’s the government’s goal of expropriating land for a possible future land redistribution plan in the country.

Land has been an issue of heated debate in South Africa where racial inequality remains entrenched more than two decades after the end of apartheid when millions in the Black majority were dispossessed of their land by a white minority.

Since the end of apartheid in the early 1990s, no more than 10 percent of the white-owned land has been transferred back to Black South Africans. Most of South Africa’s arable land remains controlled by white farmers. In 2016, the Parliament approved a bill allowing the “compulsory purchase” of land by the state to later transfer to Black citizens, but not many white farmers have been interested in selling their property. The bill was withdrawn in 2018.

The land expropriation without compensation plan will seek to take back lands from white Afrikaners and to redistribute them to Black citizens who had been denied rightful ownership since the apartheid period.

The report was approved 209 to 91 with no abstentions. The ruling African National Congress (ANC) party with the support of Economic Freedom Fighters (EFF), National Freedom Party (NFP) and United Democratic Movement (UDM) brought this historical issue to victory, which had seen heated debate around the country in the past year.

“We support expropriation of land without compensation or zero Rand (South African currency) compensation in the public interest,” the ANC’s Vincent Smith said during the parliamentary debate.

The Democratic Alliance (DA) party, the main opposition, said that it could go to court to stop the proposed land reforms. According to them, it will jeopardize property rights and scare off investors.

Following Tuesday’s vote, a new bill proposing the change to Section 25 of the constitution to allow for expropriation of land without compensation would need to be drafted.

It would also require the public’s input before a debate and vote in the assembly. To become law, it would need to be passed by both houses of parliament and then signed by Ramaphosa, a process that might take a long time.