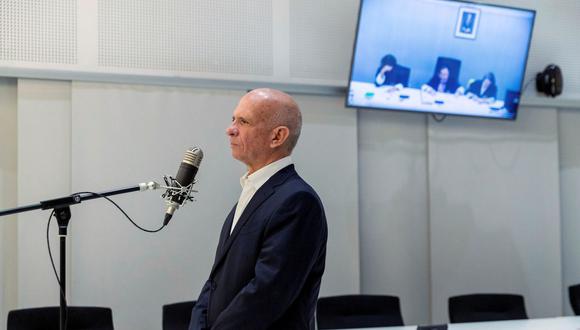 On Friday, October 22, the National Court of Spain again suspended Hugo “El Pollo” Carvajal’s extradition to the US, after it had already determined to proceed with the extradition of the Venezuelan military deserter two days earlier.

According to the official declaration from the Court, communicated by the Third Section of the Criminal Matters Chamber, everything is following the sequential stages of the legal process. These stages constitute the fulfillment of an order and a mandate or judicial resolution that had to be executed previously.

The court document states that “for the sake of an effective judicial protection, the consummation of the extradition to the United States has been suspended. We attach a signed copy of the defense brief to this declaration submitted to the Plenary of the Chamber for its resolution.”

RELATED CONTENT: Hugo Carvajal: Between Drug Trafficking, the CIA, and the Guaidó Legacy

Carvajal’s legal team reiterated that although the Spanish justice system rejected the request for procedural invalidity, appeals are also pending on the basis of the European Convention on Human Rights.

The Convention holds considerations about extraditing people to countries where they can be sentenced to life imprisonment when there has been no “particularly serious crimes,” as it is a measure that is legally defined as “degrading treatment” towards individuals.

Background
Security forces of Spain captured Carvajal in September, who had been free since 2019 and living incognito. Thereafter, a new extradition request came from Washington under charges by the Drug Enforcement Agency (DEA).

After Carvajal betrayed the Chavista ranks in 2017 and supported former deputy Guaido failed US led “regime change” operation in 2019, the United States government started to spread a propaganda narrative, claiming that Carvajal had “strategic information” that may be useful for US attempts to overthrow President Nicolás Maduro.

Notwithstanding, a new resolution from the National Court is expected soon, which will inform if the court will convene, through a plenary session of the Chamber of Criminal Matters, for a possible request of guarantees for Carvajal and their acceptance by the US administration, in order to carry out an extradition.