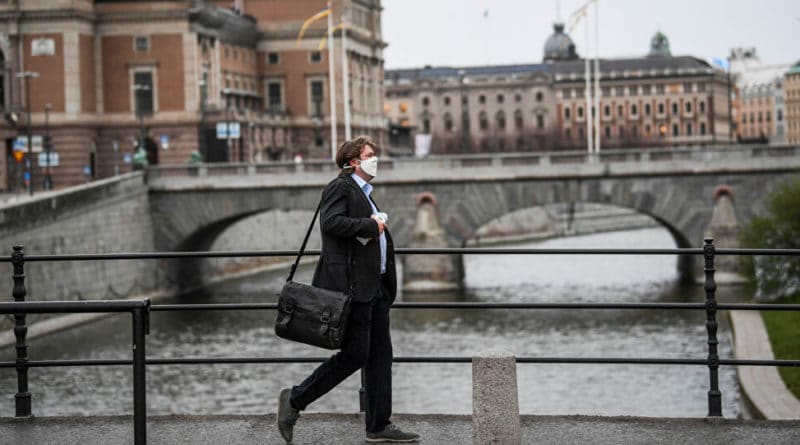 According to Sweden Democrats leader Jimmie Åkesson, the authorities’ failure to block the infection has devastatingly hit vulnerable risk groups, such as the elderly.

The Swedish opposition has sought to force a commission to investigate the nation’s handling of the novel coronavirus crisis.

The proposal has broad support in parliament, and if the government resists the demands, Moderate Party leader Ulf Kristersson pledged to raise the issue in the Constitutional Committee, the newspaper Dagens Nyheter reported.

Despite repeatedly being shunned from inter-party cooperation over conflicting views on mass immigration, the national-conservative Sweden Democrats played a big part in this issue. The Sweden Democrats have repeatedly criticised the government and the Public Health Authority for failing to protect the elderly and the sick, and demanded a “truth commission” to investigate the numerous deaths in elderly care, which drew international criticism and placed Sweden at the top in COVID-19 death rates.

“Sweden has been hit more severely than comparable countries with significantly more deaths than our neighbours. The failure to keep the infection out from the elderly has devastatingly hit vulnerable risk groups. The Swedish crisis management model has also received sharp international criticism”, Sweden Democrats perennial party leader Jimmie Åkesson said in a statement on the initiative.

According to the party, investigators should invite and interview residents, relatives, and staff in elder care facilities and document what has taken place behind closed and caused deaths among older people in nursing homes.

Referencing the fact that the Swedish crisis management model has attracted extensive international criticism, the Swedish Democrats will also request international participation in the commission in the form of political, academic, and medical expertise from other countries. This is to ensure a more objective external perspective and to be better able to make comparisons with other countries’ crisis management.

Even the government’s sidekicks, the Centre Party and the Liberals, also want a commission in place immediately.

“We welcome such a commission and we find that there is a majority for it to be appointed as soon as possible”, Liberal Party leader Nyamko Sabuni said.

While all parliamentary parties agree that Sweden’s management of the corona crisis must be investigated, the government initially said that a commission can only be appointed when the crisis is over, but later caved in and agreed to form one “as soon as possible”.

“We need to take a holistic approach to see how it has worked at the national, regional, and local levels”, Prime Minister Stefan Löfven said, as quoted by national broadcaster SVT.

Åkesson hailed the decision and once again stressed the importance of highlighting Sweden’s “falure to protect the elderly”.

Moderate leader Ulf Kristersson emphasised the necessity of evaluating the crisis on a continuous basis, because it is yet unclear when it will end.

The Swedish authorities, with state epidemiologist Anders Tegnell in the lead, initially put their faith in ultimately reaching herd immunity. Hopes of reaching it first in May and then in June were voiced. However, as merely 7.3 percent of the people tested appeared to have antibodies in Stockholm, Sweden’s most populous city and the hardest hit, Tegnell appeared to reverse himself, calling herd immunity a “myth”.

Meanwhile, amid its unique no-lockdown approach, in stark contrast to most of the world, Sweden saw a death toll much higher than its Nordic neighbours, with Sweden’s over 38,000 confirmed cases and more than 4,400 deaths compared to Norway’s 8,400 cases and 238 deaths. Most of the fatalities were aged 80 and over.

Amid the recent development, the Swedish government lost 11 percent in the latest confidence survey, dipping below 50 percent following a brief surge.