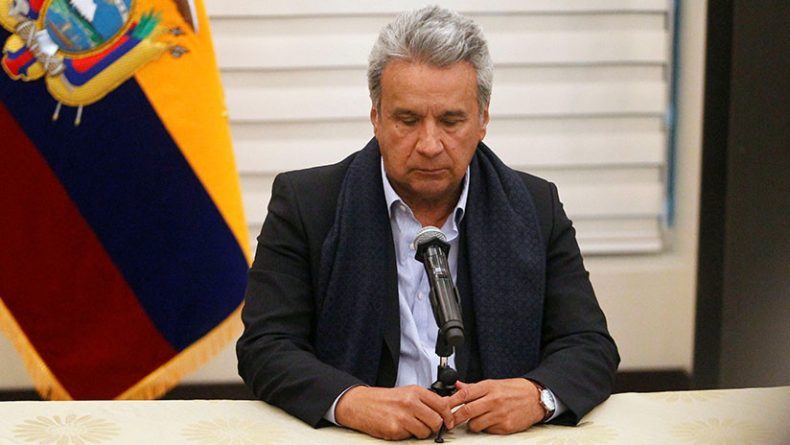 A preliminary investigation has been opened about what some consider to be one of the most serious cases of corruption in the history of the country.

The Ecuadorian Prosecutor General’s Office has opened an investigation into President Lenin Moreno, his brother Edwin Moreno and three others for the case known as ‘INA Papers’ in relation to the acquisition of goods with several offshore companies.

The preliminary inquiry, opened by Ecuador’s deputy attorney general, Ruth Palacios, revolves around the alleged accomplishment of several irregular purchases for the benefit of both the Ecuadorian president and his wife and daughters, including luxury goods, high end cars, and real estate such as an apartment of 140 square meters in Alicante (Spain).

Moreno had described these accusations as a “smear campaign” and pointed to the allies of the country’s president between 2007 and 2017, Rafael Correa, as being behind the process. The ex-mandatario, for his part, told RT that this is one of the most serious cases of corruption in the history of Ecuador.

The case became prominent after a report from La Fuente where the president’s brother and three other individuals were linked to several offshore companies. According to that report, one of those companies would have unjustifiably received 18 million dollars from a contractor of a public project at the time Lenin Moreno served as the Ecuadorian Vice President.

Thus, Palacios welcomes the complaint filed before the Prosecutor by Assemblyman Ronny Aleaga, who argued that the leadership of the Ecuadorian Parliament was prepared to stop the creation of a commission to investigate the president of Ecuador.

“One of the most cynical corruption cases”
Correa, for his part, considers that “not only is it clear” but “evident” that the current president has something to hide. “Imagine if I had been discovered with an offshore account, and here it’s not that we are speculating, assuming, here we have the account of the company INA Investment, which was created in Belize in 2012,” he recalled.

“INA is the three names of the daughters of Lenin Moreno: Irina, Cristina, Karina. Her brother opened it, and then they opened a secret account in Panama, 100-4-1071378 of Balboa Bank, closed for money laundering, obstructed currently by the Bank of Costa Rica,” explained the exmandatario, adding that “it is enough to open this account to see where the money comes from, dirty money, money laundering, and where it went: to buy apartments for the presidential family, its furniture, carpets, crocodile wallets, luxury tableware, etc. ”

Correa, therefore, has no doubt that Moreno is involved in the corruption case. “I have never seen so much strong evidence, and it’s one of the most cynical corruption cases, because a guy who after his betrayal has spent two years talking about the fight against corruption, ” he said.