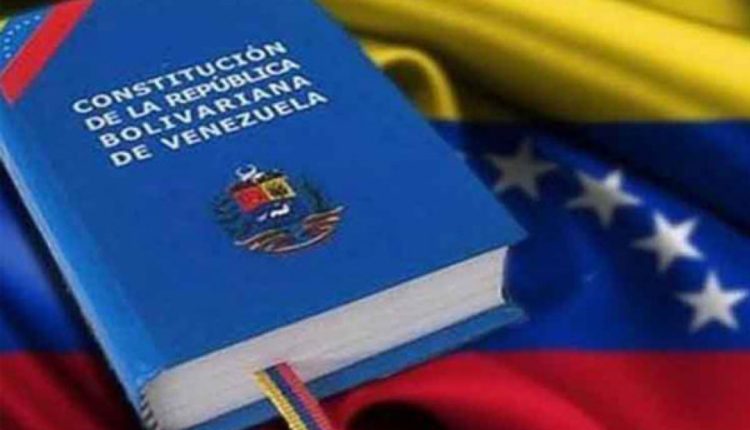 We have been hearing for several weeks that Juan Guaidó is the lawful president of Venezuela, not Maduro, according to the Venezuelan constitution. We have been hearing that this is so because Maduro was not elected legitimately, and therefore the office of the president should be considered vacant. We are told that, according to the constitution, the president of the general assembly is the designated successor to the presidency of the republic, and this successor is Guaidó. All the media that I am aware of, all the pundits, all the politologists, and all the commentators, parrot these talking points as fact, except for Progreso Weekly.

Only Progreso Weekly has it right.

I’m not opining about the legitimacy of Maduro’s election, nor am I defending him or his policies. But I will point out that the legitimacy of our own country’s 2016 election can also be called into question for many reasons, among them the fact that Russia interfered to help Trump and that, despite that help, Trump lost the popular vote by a margin of three million. Add other factors like voter suppression, outrageous gerrymandering, widespread mendacity, and how the bizarre behavior of James Comey hurt Clinton, and Trump’s legitimacy is just as questionable as, if not more than, Maduro’s. Also, Trump’s policies and Trump as a person are hardly paragons of democracy. The same can be said of Saudi Arabia and Mohammed Bin Salman, for example. But no one argues that Trump or MBS should be replaced for those reasons. As in many other areas of its foreign policy, the hypocrisy and double standards of the U.S. are breathtaking.

For now, let’s concentrate on the constitutional argument. Has any pundit verified what the Venezuelan constitution actually states? Anyone can Google it.

Articles 233 and 234 address the matter of a presidential vacancy (or “absence”). Article 234 covers temporary absences and is therefore inapposite. Article 233, dealing with absolute (permanent) absences, reads as follows:

Absolute absences of the President of the Republic shall be: death, resignation, dismissal decreed by the Supreme Court of Justice, permanent physical or mental incapacity certified by a medical board appointed by the Supreme Court of Justice and with approval of the National Assembly, the abandonment of the office, declared by the National Assembly, as well as the popular revocation of his mandate.

Maduro is not dead, has not resigned, has not been dismissed by the Supreme Court, is not permanently incapacitated in any way, has not abandoned the office, and has not lost his mandate by popular revocation. The most that can be said is that he’s not as popular as Chávez. But certainly lack of popularity does not equate with constitutional disqualification. The same is true for us in America, where presidents have had a level of approval as low as twenty-something percent, and Trump has not consistently enjoyed anything more than thirty-something percent.

Therefore, there is no legal predicate to declare Maduro an illegitimate president any more than there are reasons for China to declare Trump illegitimate, impose sanctions on the U.S., and declare that it recognizes Nancy Pelosi’s self-appointment as interim president. When an office holder is deemed illegitimate, or a criminal, one way to address the problem is to start impeachment proceedings or issue a criminal indictment.

Under article 293 or the Venezuelan constitution, it is an electoral commission that has the power to declare elections invalid, and under article 266, it is the supreme court that can impeach the president. Neither one of these events has occurred.

Assuming for the sake of argument that Maduro were illegitimate, it still does not follow that Guaidó should have become interim president. Article 233 further states:

Maduro was elected to a second six-year term in May 2018. Therefore, he’s in the first four years of his renewed presidency, and it would fall upon the Executive Vice President to assume the presidency if Maduro were deemed absolutely (permanently) absent. The Executive Vice President of Venezuela is Tareck El Aissami. Guaidó is only the president of the National Assembly.

So, once again, we are told a web of lies to justify an ulterior purpose. At times, it appears the purpose is to set the stage for military intervention. Not only would this aggression be a huge disaster for Venezuela that could unleash a bloody, years-long civil war followed by even longer-lasting guerrilla warfare spilling into Colombia, it would destabilize the world economy, create a catastrophic humanitarian crisis, and further increase the exodus of Venezuelans to other countries, including the U.S., where Trump doesn’t want them.

In the words of respected political analyst Peter Kornbluh, the current architects of Venezuela policy–Marco Rubio, John Bolton, Mauricio Claver-Carone, and Elliott Abrams–have “a Captain Ahab-like obsession with regime change in Cuba.” They seem to have developed the same kind of pathology toward Venezuela, damn the consequences, for which they have not made any plans. As the title of a Kornbluh article states, “For Trump’s Regime Changers, Venezuela Is Just the First Step.” Ahead of the first step come the lies. Cuba comes after Venezuela.