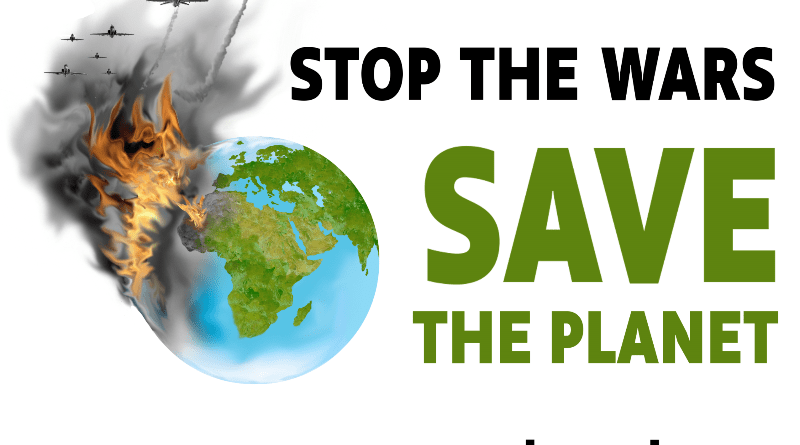 *** For the Climate Strike, we will meet at noon near Foley Square in front of the Municipal Credit Union at 2 Lafayette St. We’ll have signs, a banner and flyers to hand out.

** If you are planning to attend any of the events, please consider volunteering. We need folks to help with handing out signs, carrying banners, flyering and more. Fill out the form here.

** And, if you are planning to attend the public solidarity event on Monday night, please RSVP now. We will only admit people who have pre-registered. RSVP here. Bring photo id.

Saturday, September 21 – Evening event: Race, Militarism and Black Resistance in the “Americas” 5:00 pm at the Green Worker Cooperative, 1231 Lafayette Ave in the Bronx.

RELATED CONTENT: People’s Mobilization to Stop US War Machine (Save the Date)

Sunday, September 22 – People’s Mobilization to Stop the US War Machine and Save the Planet Rally and March, Northwest corner of Herald Square near 34th St. and 6th Ave., 2:00 pm. Featuring Cornel West, Roger Waters, members of the Embassy Protection Collective, Chairman Omali Yeshitela, music by Ben Grosscup plus many solidarity, climate crisis, and resistance groups. More special guests to be announced. We will march to the United Nations to say its time for the United States to be held accountable for its violations of international law.

Monday, September 23 – A solidarity evening with countries impacted by US sanctions and interventions. “A Path to International Peace: Realizing the Vision of the United Nations Charter.” Starts at 6:30 pm (doors open at 6) at the Community Church of New York, 40 East 35th St., NYC, 10016. Speakers include representatives of countries directly impacted by the United States’ illegal actions in the forms of unilateral coercive measures (aka sanctions), regime change efforts and military aggression and speakers from grassroots groups organizing to counter these actions. Music by David Rovics and the Peace Memorial Prize will be awarded. Learn about the 120 countries working together for peace through the Non-Aligned Movement and what you can do to build peace. Reservations are required. Click here to reserve your seat.

We will also march in the Climate Strike on Friday, September 20 starting at noon in Foley Square (meet us in front of the Municipal Credit Union at 2 Lafayette St. at noon to get signs) and marching to Battery Park and we will join the rally for Puerto Rico’s independence in Dag Hammarskjold Plaza at the United Nations on Saturday, September 21. Time TBA.

The Global Appeal for Peace seeks to build a popular movement that supports peace and respect for sovereignty and international law and opposes acts of aggression whether economic, military or otherwise. Signing on to the campaign is a first step in building that movement. The popular movement will document and educate about the impacts of illegal acts, take action in solidarity to oppose such acts and provide material support for those who are harmed.