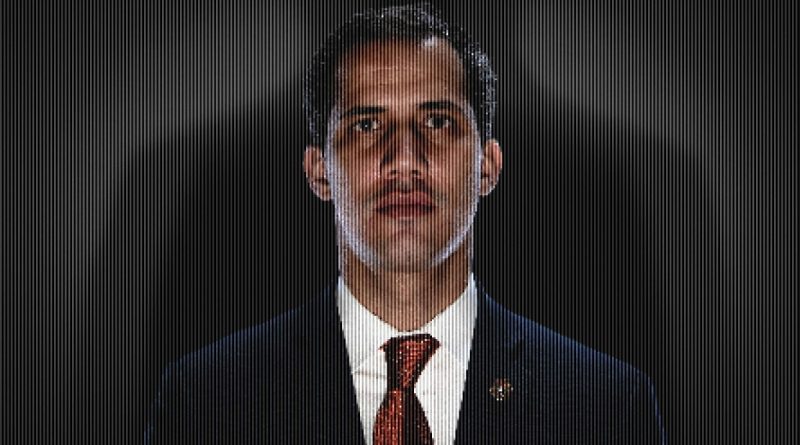 The pictures released by the Venezuelan Government showing self-proclaimed Juan Guaido in a friendly relaxed pose with leaders of the Colombian narco-paramilitary, multi-homicidal group Los Rastrojos is the icing on the cake. The issue rapidly spread to the Colombian media, causing a real stir given an evident complicity of the highest ranks in that country. It worsened when Venezuelan intelligence services spread a video that showed even greater displays of affection on behalf of the “interim president” to the criminals. He could no longer allege that those pictures were part of many he had posed for on February 23rd, during the failed concert held in Cucuta, Colombia, prior to the failed attempt to illegally enter “humanitarian aid” to Venezuela.

But, amidst doubts and questions due to the pictures, a real bomb suddenly fell. A shattering denunciation was made to several media by Wilfredo Cañizales, director of the well-known Colombian non-governmental organization Progresa, which has defended human rights for 30 years in the common border through which Guaido allegedly entered Colombia. Risking his life, he stated,” Regarding Mr. Guaido, of course we have evidence and the testimonies about that Los Rastrojos facilitated and coordinated his entrance. “ According to Cañizales, 24 hours before the self-proclaimed president entered Colombia, Los Rastrojos placed the zone under curfew so as to protect him and so that nobody would notice his entrance. “Nothing moves in the border unless it is controlled by Los Rastrojos… We have been warning about it for years… What we are making public is that there was coordination because they (paramilitaries) did not allow anyone to go out, cars or motorcycles would not be moving either until Mr. Guaido had passed the territory.” He added that the Venezuelan politician should have been handed over to Colombian authorities by the paramilitaries. A letter has been sent to Colombia’s Foreign Minister Carlos Holmes Trujillo “so that he can tell us how the Foreign Ministry took part in it as it was coordinating the whole production of February 23rd (the concert), how Cucuta’s Metropolitan Police took part on it because this is a very serious precedence.”

President Ivan Duque and especially his boss Alvaro Uribe, creator and promoter of narco-paramilitarism, absolutely hate Venezuela. Together with sectors of the Colombian oligarchy, they are making a big effort to do away with Chavismo. There is basically not one terrorist activity against the Bolivarian Revolution in which Bogota’s hand is not present. The drone attack against Venezuela’s President Nicolas Maduro and many other subversive actions against Venezuela since Hugo Chavez was President were organized in Colombia. As a matter of fact, Colombia is the main card played by the United States against Chavismo, taking into account the huge failure of its puppet Guaido. Together with the Uribe-Duque Administration, the United States illegally and vilely called on the OAS to implement the Rio Treaty against Venezuela. It seems to be a desperate measure as the Lima Group is falling to pieces, which was evident since the new Government in Mexico recovered the decent stance of non-interventionism, favoring peace and the peaceful resolution of conflicts; and that was then confirmed when Costa Rica, Panama, Peru and Trinidad-Tobago abandoned the war boat. Ten countries that voted for the Rio Treaty do not even represent a third of the 35 governments in the two Americas. Furthermore, counting on Guaido’s clowns as a government is a serious Trump-like violation of the international law and truly a bad joke.

The self-proclaimed interim president is completely dependent on Washington because he does not have any other government to support him. There is evidence to support that his contributors spent, with generosity, the funds of the “humanitarian aid” in bars, brothels, and hotels in Colombia. Handing over CITGO —a U.S.-based refinery subsidiary of the Venezuelan state oil company PDVSA— to the United States Administration had been agreed upon even before Guaido self-proclaimed presidency; there is no information about where the money was collected during the February concert, there is not clear information either about the accounts with the money transferred by Washington to his “government.” With no sense of shame, the puppet approved to hand over the Guayana Esequiba territory in dispute with Guyana, backing this way to give the loot, owned by Venezuela, over to the imperialists.

What’s worse, when the Maduro Administration and nonbelligerent Venezuelan opposition parties disclosed the partial but very important agreements reached in Caracas with the support of Norway, the extreme right-wing, pro-Yankee and warmongering sector of the opposition and its ranks ranted against Guaido. Maduro has the political initiative and that sector is running the risk of being left aside unless they sit and dialog with the Government. Outside the hardly feasible path of war and the genocidal blockade, Washington has nothing to offer to Venezuela. Nevertheless, they are in conversations with Caracas despite their claim not to recognize Maduro. Wait.. Wasn’t Guaido the President?