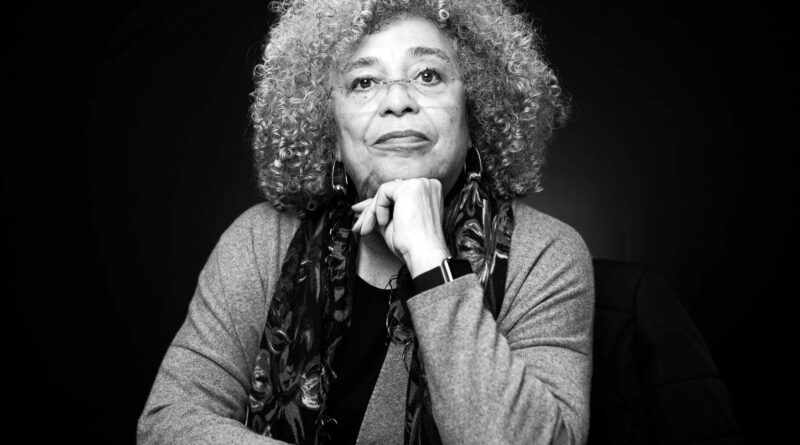 Angela Davis – a famous activist and author – was scheduled to speak at an event by Butler University titled “Joint Struggle and Collective Liberation” on April 1, 2021, but the university authorities decided on March 29, 2021, to cancel it, without letting the organizers know.

Mark Apple, interim director of strategic communications at Butler, said that the event has only been postponed due to procedural irregularities. However, Butler senior Roua Daas, a member of the student government and a main organizer of the event, told “Electronic Intifada”: “they’ve had more than two months to come to talk to me about procedures and contracts…The fact that they have supposedly caught these things three days before the event doesn’t seem like it’s an accident.”

A joint statement by campus and community organizations states: “Days before Butler University’s shameless censorship of Dr. Angela Davis, the Student Government Association was bombarded by pressure from Zionist students who claimed to oppose Davis’ event because of her support for Boycott, Divestment, and Sanctions (BDS) movement – a grassroots demand for nonviolent economic pressure against Israel’s illegal military occupation of Palestine.”

This is not the first time that Davis is being targeted for her vocal support of the Palestinian cause. In 2019, Israel advocates pressured the Birmingham Civil Rights Institute to initially rescind a human rights award given to her. After public outcry, the institute reversed its decision and awarded Davis the Fred Shuttlesworth Human Rights award in 2020.

The persecution of Davis is indicative of the deeply reactionary political logic of Zionism, namely intolerance for resistance. This feature is the very soil upon which the ideology grows. It should not be forgotten that Zionism is a settler-colonial ideology and ipso facto, its entire existence is based on the permanent effort to erase Palestinians.

In fact, Patrick Wolfe says that Zionist is even more ruthless than traditionally practiced settler-colonialism: “Zionist policy in Palestine constituted an intensification of, rather than a departure from, settler colonialism. In stark contrast to the Australian or United States models, for instance, Zionism rigorously refused, as it continues to refuse, any suggestion of Native assimilation…Zionism constitutes a more exclusive exercise of the settler logic of elimination than we encounter in the Australian and US examples.”

Insofar that Zionism is foundationally integrated with the objective of erasing Palestinian presence, those who articulate and amplify resistance against Israeli colonialism have to be silenced. We saw this in Davis’ case where her support for Palestinians led to censorship and attempts at academic marginalization.

In Defense of BDS
In recent years, the ideological war against pro-Palestinian voices has accelerated. The use of repression against these voices is not only being done by Israel; it is also being done by governments of other countries. In September 2020, the US State Department committed to “target,” “fight,” and “kill” the BDS movement. The BDS movement, conceived by Palestinians in 2005, seeks to exert pressure on Israel to finally end its brutal and illegal occupation of Palestinian lands, to recognize the right of return for displaced Palestinian refugees, and to grant equal rights to Palestinian citizens of Israel.

BDS is a call for consumers to boycott Israeli goods, producers to divest from Israel and, sanctions to be levied on the government of Israel in response to the violence inflicted by colonialists on the Palestinian population. The campaign has proven to be effective and that is why Zionists all over the world are frantically trying to thwart it. From labeling it as “anti-Semitic” to “racist”, all sort of tactics have been tried to discredit it. In response to these allegations, Ramzy Baroud writes: “No anti-Semitic…love affair is at work here; just a beleaguered and oppressed people fighting for their most basic human rights…The boycott movement aims to hold the oppressor accountable, as it places a price tag on military occupation and apartheid. Not only is the Palestinian boycott movement not racist, it is essentially a rallying cry against racism and oppression.”

Ideological Battle
Israel’s past and ongoing illegal seizure of Palestinian land, the racialization of every minute aspect of daily life, the large-scale and piecemeal demolition of Palestinian homes, destruction of livelihoods, and efforts to destroy the social and family fabric are calculated and concerted tactics aimed at the decimation of Palestinians. In sum, Zionism is directly equivalent to colonialism.

In the 2010 “Report of the Special Rapporteur on the Situation of Human Rights in the Palestinian Territories Occupied since 1967”, Richard Falk wrote: “Colonialism constitutes a repudiation of the essential rights of territorial integrity and self-determination, and apartheid has come to be formally treated as a crime against humanity…The entrenching of colonialist and apartheid features of the Israeli occupation has been a cumulative process.”

Since Zionism is criminal, it needs to be vehemently opposed. Consequently, all efforts designed to criminalize resistance against Zionism need to be unequivocally denounced. Ideological wars over the hegemony of Zionism need to be fought. The need for such an ideological battle can’t be stressed more.