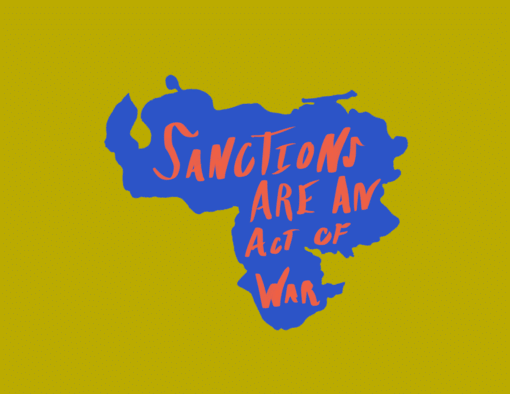 This news item illustrates very well the nature of the real witch-hunt that the United States engages in while attempting to prosecute everyone who tries to get around the economic and financial blockade imposed on Venezuela by the US. Yesterday the press agencies carried this story, and today a well-known newspaper has an interview with the person involved.

This is what happened: an Italian restaurant owner, with no connection to politics, had all his bank accounts frozen for months on the orders of Washington. It was a case of mistaken identity. They had confused him with a Swiss businessman with a similar name who had commercial deals with a branch of Petroleos de Venezuela, the Venezuelan public oil company.

The victim described his ordeal, as he had to deal with an unprecedented situation, which no Italian authority was able to explain. He said that he persisted and finally, after contacting the US Treasury Department, it was resolved months later. To put this news into more context, we recommend that you refer to the recent international conference conducted by William Castillo, the Venezuelan Vice-Minister of Anti-Blockade Policy. The conference, “Five Myths About Sanctions,” exposed the myths disseminated to deny the impact and the real extent of the unilateral coercive measure imposed by the US on Venezuela.

One of these myths maintains that the sanctions do not exist, that they are merely specific methods of pressure to support democratic change. This interpretation is refuted by the US administration itself. On October 12, 2018, Ambassador William Brownfield said: “We must treat this as an agony, a tragedy that will continue until it finally reaches an end… and if we can do it we will accelerate it, we must do it, but we must do it understanding that this is going to have an impact on millions of people who are already having difficulties in finding food and medicines… We cannot do this and pretend that it will not have an impact, we have to make a hard decision, the desired end justifies this severe punishment.”

Another false myth maintains that the sanctions apply only to officials of the Maduro government and not to the people, when, between 2014 and 2021 seven executive orders and 300 administrative orders have been applied against Venezuela by the United States, Canada, the European Union, the Lima Group, the financial systems, international bodies, and international businesses that provide goods and services. Businesses and people have been sanctioned, persecuted, coerced, and threatened for having “relations” with the Venezuelan government.

Recently the Facebook account of Maduro was suspended after the Venezuelan president described the treatments used against coronavirus in Venezuela. Venezuela has a recovery rate of more than 90% and a relatively low number of deaths. The same thing happened to anyone who clicked “like” for the Maduro video. In addition, a Venezuelan businessman with a diplomatic passport was kidnapped in Cabo Verde for extradition to the United States, and others are being persecuted in Europe. They are also spreading the story that the economy of Venezuela was already in trouble even before the sanctions. This is clearly false, and proved to be so by the data that show that between 2003 and 2013 the economy of Venezuela grew during 22 consecutive trimesters and the salaries were the highest in Latin America. It was precisely due to this, to halt the progress of a resource-rich country on the road toward socialism, that the U.S. attack on the Venezuelan social model began in 2014, with internal economic warfare, hoarding, artificially induced shortages of products, warfare against the currency, petroleum price warfare, political violence, international isolation…

Added to the illegality of sanctions under international law, we have the arbitrary confiscation and seizure of assets held in other countries and the intimidation of anyone who attempts to maintain relations with Venezuela; all these aspects of oppression were backed by international arrangements. In contrast, considering itself above the law, the United States can indulge itself by killing an Iranian general and later a scientist, without being subject to any sanctions. Meanwhile in Europe, the “pacifists in military helmets” advocate starving the Venezuelan people in the name of “human rights.” The question is, who will sanction the sanctioners?

This writer had direct experience with this two years ago: I was turned back twice at the airport, first en route to Cuba, and later to Venezuela, because “Washington blocks the check-in of the passenger.” For what reason? Officially none. Extra-officially: for having “aided sanctioned countries.” The problem has not yet been resolved to this day.