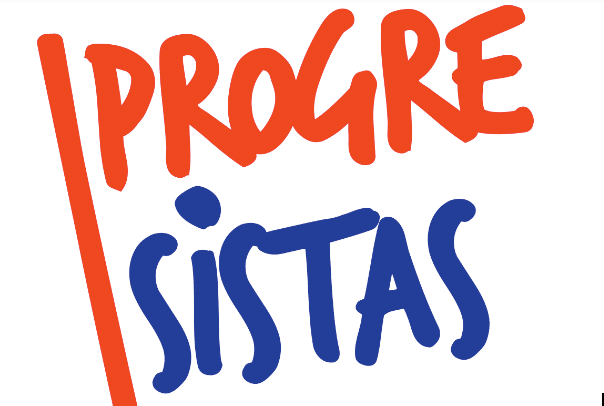 Emblematic of our times, the Berniecrat organization Our Revolution – never remotely revolutionary – has rebranded itself as “pragmatic progressive.” This innovation is based on the realization that progressive reforms will never be enacted unless they are fought for. And, since they are not about to fight President Biden, then it is only programmatic to accept that these reforms won’t happen.

Our Revolution surrenders
Good bye Medicare-for-All, now that Nancy Pelosi, Hillary Clinton, Barack Obama, and even Bernie Sanders have abandoned the cause. Never mind that a majority of the electorate still favors the proposal. But to get Medicare-for-All, progressives would have to stand up to the Democratic Party. And that would entail a fight and therefore is not pragmatic.

A major reason for the Democrat’s obstruction of Medicare-for-All is that the health insurance industry and big pharma bought them off plus the entrenchment of corporate interests more broadly in the party. However, another factor is at work. Access to healthcare free-at-the-point-of-service would make working people more secure. For the exploiting class, it is better to forego a small gain in profits as the tradeoff for keeping workers precarious and thus less demanding. The people who run the Democratic Party know which side of the class barricades they are on; unfortunately, some progressives do not.

Some of the dump-Trump veterans, who are now AWOL in the battle against the current leader of the imperialist camp, proclaim Joe Biden is the political incarnate of Franklin Delano Roosevelt. Lost in the fog of war is the fact that, for over forty years, Biden has been among the architects of the neoliberal project associated with the Democratic Leadership Group to bury FDR’s New Deal.

The New Deal was an experiment in a mild form of social democracy, where the capitalist ruling class allowed a degree of social welfare state functions in return for labor peace. Ever since Carter, gaining steam with Reagan and Clinton, and continuing now with Biden, neoliberal reform has entailed privatization of education, health, and other state enterprises, economic austerity for working people, and deregulation and tax relief for the corporations, while augmenting the coercive apparatus of the state. In short, since the 1970s, neoliberalism has been the form of contemporary capitalism.

RELATED CONTENT: Medicare for All Would Have Prevented Hundreds of Thousands of Covid Deaths: New Report

This is what democracy looks like
In the runup to the US 2020 presidential election, some erstwhile progressives told us to hold our noses and get on the Biden bandwagon. Then, as they worked alongside the decadent Democrats, they became desensitized to the redolence of being in proximity to power. And now some counsel us to stand down to the powerful and join in attacking the official enemies of Washington.

However, some Berniecrats have resisted the succor of the Democrat’s big tent and are still fighting the good fight under the banner of the Movement for a People’s Party. They have had the temerity to picket Squad member Alexandria Ocasio-Cortez to hold her feet to the fire on her campaign promises.

This is what democracy looks like. Politicians can hardly be blamed for gravitating to the rewards of party orthodoxy, if their constituents fail to demand that they follow through on the platform that got them elected. But for demanding that politicians that talk progressive also walk progressive, those who speak truth to power are attacked by those who no longer consistently do so.

So, we often see the following progression. After shirking from criticizing the powerful, the next career move is to find legitimacy by criticizing those who do. For example, the Young Turks show accused anti-imperialist Grayzone reporter Aaron Mate falsely and without evidence of being “paid by the Russians.”

This is symptomatic of elements of progressivism who have become ever more comfortable with the Democrats as the only alternative to what they perceive as the greater evil of the Republicans. Since they now eschew criticizing those actually in power, they are relegated to attacking the genuine left. Rather than “battling Biden” as they promised after “dumping Trump,” some progressives have descended the slippery slope into providing left cover for the Democrats both on domestic and, as argued below, international fronts.

Covering for imperialism
The domestic capitulation of some self-identified progressives also translates into a deafening silence about opposing the imperialism of the Democratic Party. Shortly after the dawn of the new millennium, the US anti-war movement experienced a resurgence against Republican President George W. Bush’s Iraq war. But soon as Democrat Barack Obama took office, with Bush’s Secretary of Defense Gates still in charge, the anti-war movement collapsed and has been since largely quiescent.

More recently, imperialist ventures have been greeted with more than silence. There are now, unfortunately, full-throated echoes of the imperialist’s talking points by former anti-war activists and intellectuals.

Take the arguably once progressive NACLA (North American Congress on Latin America) in a recent article specifically calling for “taking off the cloak of silence.” NACLA reports on the “long-standing totalitarian Cuban government.” According to the author, an expert on “social and cultural entrepreneurship” (i.e., promotion of capitalism), the US blockade of Cuba “isn’t responsible for the island’s economic downfall. Instead that is a result of the powerful [Cuban government] elite’s iron grip and stockpiling.” Of course, if that were anywhere near the truth, the US would have no need for the blockade.

This takes place in the context of President Biden doubling down on a regime-change offensive, reversing campaign promises to reverse Trump’s illegal sanctions on Cuba. Washington now believes Cuba is close to falling due to the deprivation caused by the ever-tightening US blockade exacerbated by the COVID pandemic.

Further, NACLA tells us that the view of Cuba as a “model for many anti-capitalist and anti-imperialist movements” is not only wrong but that the Cuban’s attempt at socialism is based on “an economic model that is inherently ineffective.” Unfortunately, that verdict has a perverse element of truth. As long as the US can impose suffocating unilateral coercive measures on Cuba and other small nations striving for an alternative to neoliberalism, the socialist model will not be allowed to succeed.

Socialism is supposed to satisfy people’s needs, while capitalism is inherently a system that creates unlimited perceived needs without the means for their fulfillment. That is, under capitalism, a system driven by individual greed, one cannot ever accumulate too much. The carrot on a stick, perpetually dangled out of reach, is the essence of what the author of the NACLA article proudly calls “entrepreneurship.”

But what happens when – as the NACLA article admonishes – the nation striving for socialism can no longer “cover the basic necessities to make daily life worth living”? Apparently, solidarity with the Cubans against attacks by the world’s superpower is not paramount for some self-identified progressives who issued a recent petition to the Cuban government.

Their Change.org petition, quoting Rosa Luxemburg on freedom from a repressive state, demanded the release of Frank García Hernández arrested by the Cuban government on July 11. However, the Mr. García had already been released the following day, while the petition was still being circulated.

Whatever the intentions of the individual signatories of the petition, its actual impact had nothing to do with freeing someone who was already free and everything to do with providing a left cover for imperialism. Had the signatories been genuinely concerned with what they perceived as an overreaction by the Cubans to a manifestly existential security threat to their revolution, they should have also addressed the petition to the White House and demanded the ending or at least easing of that security threat. Some of these same individuals have also signed petitions against Nicaragua, Syria, and other official enemies of the US.

Struggling on two fronts
Meanwhile, the neoliberal order is becoming more and more exposed, with billionaires increasing their net worth astronomically while working people face a yet to be contained pandemic with inadequate healthcare, unemployment, and austerity. This is fuel for the populist right-wing, which could be the shock troops of a fascist movement. But we are not there yet.

The legitimate concern about fascism, when associated exclusively with Trump and his followers, has been used by some self-identified progressives as an excuse to embrace the Democrats. The struggle against “neofascist” Trumpism has been coopted into a surrender into the main party now in charge of the imperialist state and increasingly distinguishing itself as the leading proponent of war.

The January 6th riot by Trump supporters at the Capital Building was conflated by Democrats into a coup attempt of new kind where the perpetrators, instead of taking state power, took selfies and went home. Some of the villains of January 6th, Proud Boys and Oath Keepers, turned out to be friendly with the FBI and possible agents with get-out-of-jail-free passes.

It would be cold comfort for progressives to discover that they have triumphed against the crude fascism of working-class guys with tattoos only to find that the friendly fascism of Saint Robert Mueller’s national security state has prevailed. Progressives, who have their canons aimed at Mar-a-Lago, may be leaving their backs exposed to those who now hold state power in Washington.

The ensuing clamor after January 6 from would-be progressives to expand the already enormous police powers of the state against protesters is an example of the dictum that you should be careful about what you wish for. The state coercive apparatus – police, military, homeland security, FBI, CIA, NSA, etc. – has been and will be used against the left.

The genuinely progressive solution is not to support one or the other neoliberal party, which are collectively the perpetrators of the current calamity, but to struggle against the conditions that foster a right-wing insurgency. That is, resist both right-wing populism and the established ruling class, with the main emphasis on those in power.