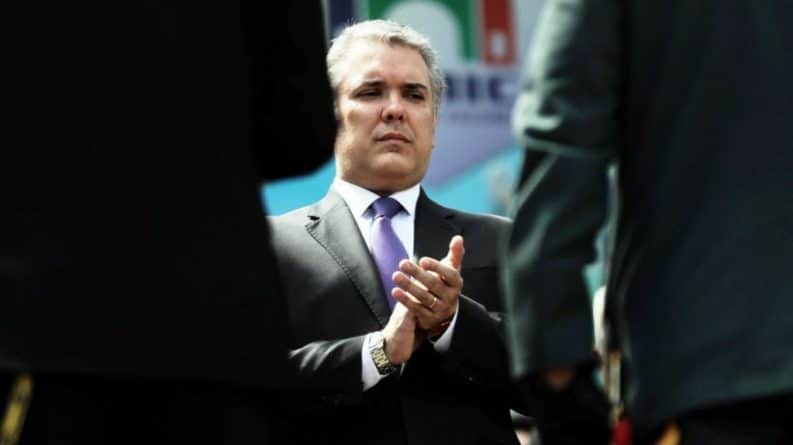 The corruption scheme revealed a few days ago by the PanAm Post news outlet, which points directly to the intimate and family environment of the self-proclaimed Juan Guaidó, continues to speak volumes.

In the leak by the journalist star of Panam Post, Orlando Avendaño, it is detailed that Juan Guaidó deceived President Duque and the government of Colombia with the figure of the Venezuelan military who deserted in the framework of the insurrectionary operation of February 23, this year.

Guaidó requested support from the Colombian government to assist the military and gave Ivan Duque a number of military deserters of 1 thousand 450 officials. However, the Colombian intelligence determined that Kevin Rojas and Rossana Barrera, the personal envoys of Juan Guaidó to administer the funds of the “humanitarian aid” with which the deserters would be attended, artificially increased that figure.

About the military men, “there are only a very few decent military officers there,” according to PanAm Post. The logistics of “humanitarian aid” implied the deployment of “alcohol and prostitutes”. Some of them, according to Avendaño, would be “civilians with false credentials”.

Both Avendaño and Guaidó’s emissary in Colombia, Humberto Calderón Berti, have pointed out that the leaking of the documents about the network of embezzlement that links Guaidó comes from Colombian intelligence.

That being the case, the swelling of the figures of military deserters on the part of Guaidó, with the aim of deceiving the government of Duque and attracting more resources, could be one of the reasons for the intelligence services of the neighboring country to start leaking information, then published by PanAm Post.

This leak has impacted in such a way that it has dug the political tomb of Guaidó, who now suffers huge discredit among his followers, while many of the partners in the United States, who in January accompanied the impulse of the “parallel government”, look to some other means, trying not be stained by the scandal.

Consequently, it is logical to think that the leak was authorized by the Duque government, in revenge for the deceit of Guaidó.