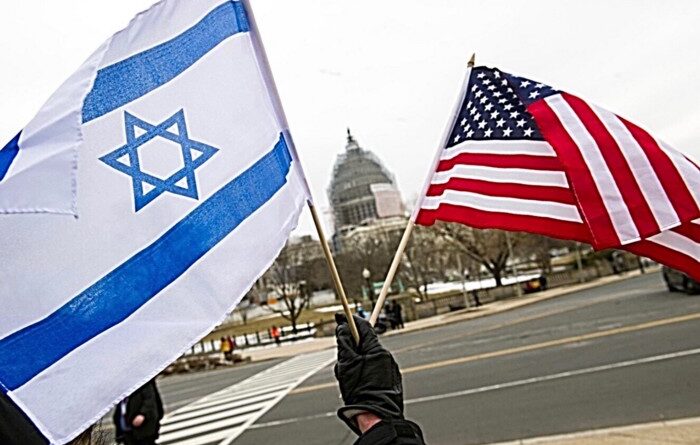 Today’s colonial powers, with their high-tech instruments of violence and coercion, appear to have created the perfect system for maintaining their rule. Israel has built a model of policing the Palestinians so thorough, complete with heavy movement restrictions and frequent persecution of political dissidents, that its workings can best be compared to quantum mechanics. The U.S. is expanding on its unparalleled digital surveillance and police state by installing cameras along its borders which intensively monitor everyone surrounding them. Australia is imprisoning asylum seekers in horrifyingly inhumane offshore detention centers, one part in the trend towards concentration camps that’s occurring throughout the wider imperialist sphere.

Yet all of these extreme acts of brutality and repression reflect the peril that imperialism and colonialism find themselves in. The concentration camps have been built because of the refugee crisis that recent imperialist wars, neo-colonial violence in the Global South, and capitalism-exacerbated climatic changes are producing. The intensifying colonial instruments of surveillance and repression exist because of the heightening of global class and anti-colonial conflict. This effort to fortify the imperialist power structure is born out of fear that the structure’s contradictions will cause it to implode.

Throughout the last decade especially, Israel has been exporting its advanced methods of colonial oppression to the rest of the imperialist sphere through training police and selling surveillance technologies. Israeli surveillance tech companies have sold cyber security equipment to repressive governments in Colombia, Kazakhstan, Mexico, South Sudan, the UAE, and Uzbekistan among others. But this campaign to replicate Israel’s methods of dictatorship against the Palestinians within broader class conflicts has been especially pronounced in the United States, the core of global imperialism.

The U.S. national security state has been Israelified, with quasi-Israeli military police having gotten directly involved in the police suppression of protest movements within the country throughout the last decade. The Israeli Defense Force has also been training U.S. police, resulting in even more anti-black American police violence. At the same time, the Israeli security company Elbit has been building surveillance towers for U.S. border enforcement, to the effect that a spokesperson for the Palestinian coalition Stop the Wall has described as: “Walls are not only a question of blocking people from moving, but they are also serving as borders or frontiers between where you enter the surveillance state. The idea is that at the very moment you step near the border, Elbit will catch you. Something similar happens in Palestine.”

These trends towards expanding Israel’s form of colonial war to other places where the colonial contradiction is present are an omen for the stability of settler-colonialism and empire. Because when the wider colonial sphere starts approaching policing, immigration enforcement, and national security with the same kind of paranoia that Israel does, it’s clear that an escalation in the system’s contradictions is taking place. These contradictions are threatening to the system’s survival not just because of the brewing potential for revolt from the oppressed populations, but because of the ways the system can tear itself apart from within. As explained by the summary of Gregg Carlstrom’s 2017 book How Long Will Israel Survive? The Threat From Within.

There was once a national consensus in Israeli society: despite a left-right political split, its people were broadly secular and liberal. Over the past decade, the country has fractured into tribes with little shared understanding of what it means to be a Zionist — let alone an Israeli — and contesting the very notion of a ‘Jewish and democratic’ state. While this shift has profound implications for Israel’s relationship with the broadly liberal Jewish diaspora, the greatest consequences will be felt at home. Israel’s tribes increasingly lead separate lives; even the army, once a great melting-pot, is now a political and cultural battleground. Tamir Pardo, former head of Mossad, has warned of the risk of civil war…will the Middle East’s strongest power survive its own internal contradictions?

Sound familiar in regards to the situation in the U.S. right now? The Pentagon has purged hundreds of Trump-loyal military personnel amid fears that they’ll join in on a future, more effective version of the Capitol Hill riots. Following the election last year that Trump claimed was rigged against him, over 1 in 3 Americans came to believe that a “deep state” was working to undermine the president, tying in with a prevailing desire within the GOP to negate the democratic process by disregarding the election’s results. In their analyses from this last decade, U.S. military analysts have already gone past simply warning about civil war, taking it as a given that the army will need to be sent into major U.S. cities sometime soon to quell breakdowns of the social order.

Faced with these mirrored threats from within, the settler-colonial states are turning to a technocratic censorship and repressive paradigm as the solution that they hope will preserve their cracking social cohesion. Israel and its global allies have been tightening suppression against the Boycott Divestment Sanctions movement while working to smear all who speak out against Israel’s atrocities as anti-Semites. Hasbara, the foreign propaganda wing of the Zionist state, has begun marketing its agenda as friendly to Arabs despite Israel’s extreme anti-Arab racism, the absurdity of which was pointed out today by columnist Agha Hussain:

Top-heavy are Israel’s newly-formalised Gulf Cooperation Council (GCC) partners, from their domestic and foreign policy-making machinery to the distribution of wealth and financial power within their jurisdictions to their media…Little other than a top-heavy approach can adequately shove this new Hasbara down the throats of those unfortunate enough to be incapable of avoiding it. The GCC will face no awkwardness in propelling the new ‘Arab-friendly’ Israeli-GCC Hasbara in their own fiefdoms, since unapologetic authoritarianism is the norm in those countries…To collude with Zionists is one thing, but to set about internalising their discourse, propaganda and culture is something altogether different — and very bizarre indeed.

RELATED CONTENT: The Demonization of Stalin is about Hiding his Great Contributions to Revolutionary Theory

The U.S. has already internalized Zionism in these ways to a very thorough extent, with the Israelification of the U.S. national security state going along with the strengthening of a close relationship between U.S. media outlets and Israel. The U.S. campaign to take away people’s freedom to boycott Israel, which Biden’s administration has backed by endorsing the definition of anti-Semitism to include active opposition to the Zionist state, is also part of this fusion campaign between the two settler states. As Hasbara has facilitated this propaganda expansion of the colonial war against Palestine, the U.S. empire has applied Hasbara-style information warfare tactics to discourse around its own political issues.

Starting with the outset of the Trump era, Silicon Valley has been heavily manipulating search engine algorithms to reduce traffic for sites which discuss class struggle, and social media companies have been censoring anti-imperialist journalists and outlets with obsessive frequency. Via the Global Engagement Center, a government entity created after the 2016 election which whose purpose is to counter “disinformation and foreign propaganda,” the state appears to be covertly working to target alternative media sources. ICE, with its detentions of activists and journalists into its notoriously inhumane facilities, has served to raise these political persecution tactics to truly dictatorial levels; these detentions have violated the U.S. settler state’s own constitution. And the militarized U.S. police state has been cracking down on journalists in ways similar to how the IDF shoots Gaza reporters, with incidents of police violence against journalists during last year’s Black Lives Matter protests having been widespread.

Which again reflects the control mechanisms of Zionism, with Hussain writing that “the Zionist addiction to censorship, while a far more complex and advanced affair, is in essence very comparable to Gulf monarchs jailing whosoever they please and for whatever reason they please.”

These attacks on freedom of expression are justified by the empire’s ruling institutions as necessary to overcome an ever-growing myriad of threats against the state, both abroad and within U.S. borders. The U.S. political and media class have been blaming the Capitol Hill riots on “Russian interference,” putting forth schemes to ban Chinese investment in Hollywood, and implicating Iran in a wide-reaching plot with Washington’s other rivals to undermine social cohesion in the U.S. and the broader Euro-American sphere. The pro-imperialist biases behind these claims show through in a recent academic study that’s being promoted by the U.S. media, which accuses Iran and Russia of falsely painting the Syrian White Helmets as terrorists even though they’ve shown themselves to be exactly that: “When it comes to the war in Syria, Iranian trolls, owing to their shared support of Bashar Assad’s regime and opposition to the USA-led coalition, agreed with their Russian counterparts in framing the Nobel Prize-nominated White Helmets group as terrorists.”

Underneath this propaganda smokescreen, the contradictions of imperialism are moving the oppressor nations towards their defeat. As much as the empire’s narrative managers try to distract us with fearmongering about foreign “subversion,” the global class and anti-colonial struggles continue to move forward. Ecuador is undergoing a citizens revolution where the masses who’ve been suffering under IMF—imposed austerity are on the verge of electing a presidential candidate who will free their country from the neoliberal paradigm. Haitians are defying U.S.—backed repression to protest the extension in the term of their neo-colonial dictator. The legitimacy of the U.S. state keeps getting undermined, with footage of police shooting to death a defenseless Black Lives Matter protester having just gotten revealed to the public.

Such cracks in the foundations of empire are going to keep getting more prevalent. The contradictions of imperialism which Stalin articulated—the decline of proletarian living standards even in the imperial core, the mutually weakening conflicts that appear between the different imperialist powers, the provocation of the world’s colonized nations towards waging rebellion against the imperialists—can only get more pronounced as economic collapse, health crises, environmental catastrophe, and neoliberal assaults on the lower classes intensify. If global communists work to build up our movement, this will result in the dismantling of the settler-colonial states and a new wave of socialist revolutions around the globe.