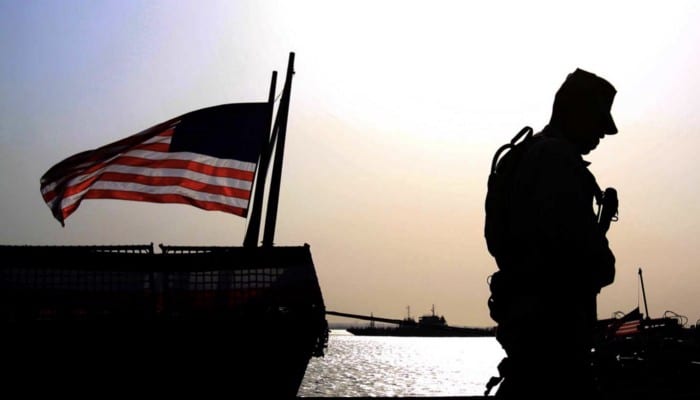 I’m fascinated by the ideological battle that’s emerged in American political discourse over whether or not China should be viewed favorably, because this battle is the 21st century’s equivalent of the Cold War-era debates within the U.S. over the USSR. Once again, Marxist-Leninists and other principled anti-imperialists are going up against the rightists, liberals, and anti-communist “leftists” who prefer to believe the lies the U.S. State Department is promoting about Washington’s greatest adversary. But things have changed compared to the last cold war.

Despite what the partisans of neoliberal capitalism and U.S./NATO imperialism want us to believe, amid this cold war Washington finds itself sinking into geopolitical isolation and terminal economic decline. Since Washington won the Cold War, the U.S. empire has been experiencing an unprecedented amount of decline, and there’s abundant evidence that this will be the generation when the U.S. experiences the same kind of imperial implosion that’s happened to all of history’s past fallen empires.

Already, Washington has lost its military primacy in the Indo-Pacific to China, the era of a U.S.-dominated southwest Asia has ended, the U.S. and the E.U. have descended into inter-imperialist economic warfare, the shift towards a multi-polar world has become cemented amid the strengthening of a Russian/Chinese military alliance and China’s economic rise, and Washington has so far failed to achieve regime change in Cuba, Nicaragua, Venezuela, Syria, Iran, Bolivia, Lebanon, Belarus, or Thailand.

At the center of the motives behind Washington’s current micro-militarism (the term for when declining empires engage in reckless warfare to try to regain lost territory) is China. China is proving to be a more formidable challenger to the U.S. than the Soviet Union was, with China’s Belt and Road Initiative working to undo the global inequities of Western neo-colonialism by providing Third World countries the tools for economic and infrastructural development. This alone is deeply alarming the members of the U.S. imperialist intelligentsia, and the craftiest among them are ruthlessly working to manipulate the narrative around China.

Take, for example, John Bolton, the Iraq invasion war criminal who’s on record for saying that “If I had to say something I knew was false to protect American national security, I would do it.” Keep this statement of Bolton’s in mind while reading the following paragraph from the Washington Post op-ed that he wrote a few days into the Biden presidency:

Understanding the nature of Beijing’s threat is also critical. This is not an ideological, Cold War struggle. China is not pursuing Marxist theory, although its domestic policies certainly have nothing to recommend them. Xi is not only crushing Uighurs and other non-Han minorities, but also extinguishing religious freedom and crushing Hong Kong’s pro-democracy movement. American minds do not take kindly to “civil-military fusion,” or “social credit scores,” whereby Beijing measures the worthiness of its own citizens. This is not Communism at work, but authoritarianism, pure and simple. Misreading it as Marxism 2.0 will impede strategic clarity, not enhance it.

In this essay, Bolton may be considering the long game of the ideological battle that’s going on within the core of the empire. If his pledge to knowingly promote falsehoods in order to preserve the empire’s internal stability has any role behind his choice of words in this propaganda piece, he’s trying to crush hope for the communist movement within the U.S. by portraying China as “not truly Marxist.” This is something that the more manipulative anti-Chinese cold war propagandists have often done. If people in the U.S. who are drifting towards class consciousness become convinced that China is just another capitalist empire (despite the country being a workers’ democracy whose foreign policy model drastically differsfrom that of actual imperialist powers), they’ll not believe that socialism and anti-imperialism are on the rise throughout the globe. They’ll also be more inclined to believe the lies Bolton repeats about Chinese “minority persecution” and “Hong Kong oppression.”

These kinds of ideological manipulations are all about preparing for the most important war that the U.S. empire is going to have to fight during the 21st century: the war against a class uprising within U.S. borders. If the groups that will lead the inevitable class revolts of these coming decades view China and other Marxist-Leninist countries as “authoritarian” and “not truly socialist,” they’ll be open to imperialist co-optation. They’ll also be easily steered away from the Marxist-Leninist goals of organizing under a democratic centralist party, overthrowing the capitalist state, and forming a dictatorship of the proletariat.

Such is the outcome that the capitalist state and its lackeys are working feverishly to prevent. In this last decade, as American society has drifted closer towards destabilization amid the perpetual depression it’s been in since 2008, U.S. military analysts have begun putting out reports which anticipate a near future of internal warfare for the empire.

One of these reports has envisioned special operations forces having to be sent into the peripheries of U.S. megacities to contain guerrilla uprisings. Another has declared that the rapidly accelerating militarization which climate crisis-related natural disasters have been bringing to American society is only the beginning, with the country’s future under climate collapse essentially being one of endless internal war. Another has described near-future scenarios where the army will be sent in to invade and occupy U.S. localities, and where the government will need to shut off internet and cell phone access within the occupied areas while ensuring that local media only puts out official U.S. military propaganda.

When these kinds of domestic warfare scenarios manifest-and let’s not pretend they won’t happen, the Pentagon has described them as “unavoidable”-the ideological battle that’s happening right now will be taken to its logical conclusion. As the state cracks down with the most extreme force possible, the reactionary militias and vigilantes carry out terror campaigns amid the chaos, and marginalized peoples find themselves in tremendous danger, the groups that will be most reliable at fighting against this encroaching violence are the ones which haven’t been co-opted by the empire.

The revolutionary cadre members who weren’t swayed by the lies of the war propagandists will likely be among those willing to carve out resistance pockets, not give into the state’s demands, and work towards a revolution in the same vein as the ones which have liberated other places from the forces of empire. At that point, the question will no longer be whether or not the U.S. empire can win the great-power competition. It will be whether or not the U.S. state can survive. And if the state can’t, the question will then become whether the reactionaries or the revolutionaries prevail and come to fill the power vacuum.