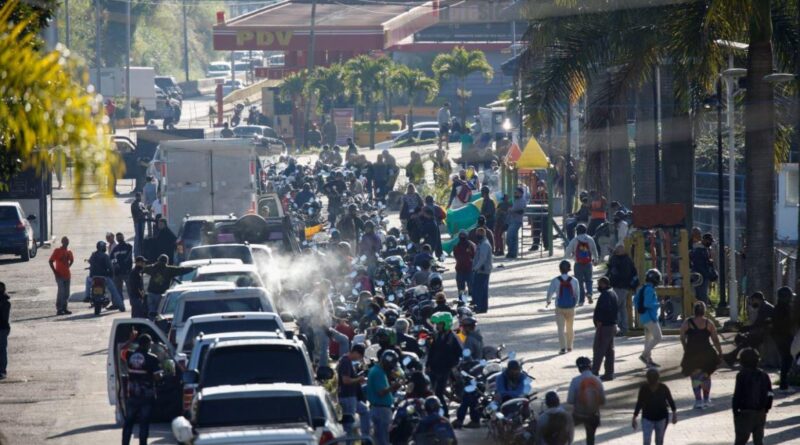 Caracas, Oct 4, 2020 (orinocotribune.com). This Saturday the British news agency Reuters “informed” about the arrival of the third and last tanker in the second Iranian flotilla with gasoline dispatched to Venezuela in recent months as a direct result of the United States illegal and unilateral sanctions affecting millions of Venezuelans.

Once again Orinoco Tribune took the precaution of cleaning and making the piece more accurate, due the fact that many main stream media do something that resembles the following of a script provided to them by the US government to attack the government of Nicolas Maduro.

The final vessel in a flotilla of three Iranian fuel tankers entered gasoline-starved Venezuela’s waters on Saturday, in the latest sign of cooperation between the two countries amid protests over shortages in the South American nation.

The Faxon, carrying around 234,000 barrels of fuel, was directly north of Venezuela’s northeastern Sucre state as of 9:37 a.m. local time (1:37 p.m. GMT) on Saturday, Refinitiv Eikon data showed. The second vessel, the Fortune, had docked at western Venezuela’s Amuay port on Friday, the data showed.

This flotilla was the second group of fuel tankers Iran has sent this year to Venezuela, a once-prosperous OPEC nation now experiencing gasoline shortages due to years of underinvestment and lack of maintenance at its refineries mostly due to US sanctions on state oil company Petroleos de Venezuela [PDVSA.UL].

The shortages have led to snaking, sometimes days-long lines outside PDVSA gas stations all over the country. Together with unreliable water, power, and cooking gas supplies, the shortages have prompted a new wave of protests as right wingers try to heat up the streets unsuccessfully to sabotage the upcoming parliamentary election schedule for December 6.

Washington has sanctioned PDVSA  more directly since 2017 as part of its push to oust Venezuelan President Nicolas Maduro, who –as his predecessor Hugo Chavez- has been victim of an unprecedented smearing campaign accusing him of drug-trafficker, corruption, human rights violations, being a dictator, you name it. Some people make jokes about him soon going to be accused of child molestation by the US . President Maduro says -as many in Venezuela and around the world- the United States is seeking to oust him to put their hands on Venezuela’s riches.

Iran’s oil industry is also under illegal US sanctions over the country’s nuclear program after the US decided to unilaterally withdraw from the Joint Comprehensive Plan of Action (JCPOA) agreed by the European Union and the US government (under President Obama), and the growing cooperation between the two countries this year has jeopardize US imperialist plans to reinstate the Monroe Doctrine in the hemisphere. But the three tankers – just like a flotilla of five tankers that Iran sent between May and June – arrived without incident disregarding that in the first flotilla the South-Com explicitly threat the Iranian tankers with military action.

The first tanker in the current group, the Forest, docked at central Venezuela’s El Palito port on Tueday.

Above you will find our additions in italics and bold font, trying to fix this terrible Reuters pamphlet. The only thing we envy from Reuters are their photos, but sometimes there is also a need to look at them very carefully.