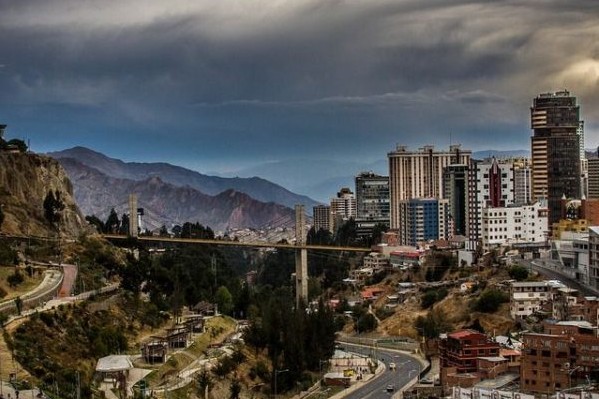 Winston Churchill’s famous ament for the betrayal of Czechoslovakia to the Nazis by the Western democracies in 1938 applies today to the shameless toppling of the lawful, democratically elected government of Bolivia and the new dark age of repression, exploitation and torture that now threatens to engulf its people.

To its eternal credit, the Strategic Culture Foundation was one of the leading global platforms on international affairs to highlight repeatedly the true meaning of the coup. The toppling of a four times democratically elected president enjoying clear popular confidence and support hardly raised a pimple of interest and zero outrage across the complacent mainstream Media (MSM) of the United States, the rest of the English Speaking World and even in Western Europe. To this we have sunk.

The United States and Britain and their tame pets have become George Orwell’s Oceania – and they do not even know it.

First, Brazil, the demographic giant of the Western Hemisphere with its limitless natural resources and offshore deep ocean oil wealth was destabilized and its own popular, four times democratically elected legitimate government was toppled.

A racist, unelected harsh repressive army-backed regime was immediately set up to be met with comforting approval from the US Right and Wall Street and with even more comforting Silence from the US Fake Center and Soft Left.

Thus, dictatorship, economic exploitation and repression were fastened on the backs of 209 million people without as much as a hiccup.

Therefore why should anyone be surprised, shocked or outraged when an even more explicitly repressive regime, open in its determination to crush the culture and native religion of the majority indigenous peoples should be nailed onto the coffin of little Bolivia with only 11 million people?

Compared with the toppling of the Social Democratic government of Brazil, Bolivia appears small news. But it is not small news for the 11 million people who live there.

The monstrous repression of the majority native peoples who were given hope and dignity at last by their four times democratically elected Social Democrat President Evo Morales has now begun. Mass rape and mass murder are certain to follow. And so is the threat of eventual genocide.

Luis Fernando Camacho, a right-wing evangelical lawyer from Santa Cruz especially bears close watching: He specializes in extremely violent and xenophobic rhetoric. After President Morales was toppled, Camacho entered the government palace in La Paz, and placed a Bible on the Bolivian flag. The Protestant pastor by his side then pledged that the Pachamama (the Andean Mother Earth goddess) will ‘never return to Bolivia. Bolivia belongs to God.’”

RELATED CONTENT: Bolivian Electoral Tribunal Confirms the Authorization of MAS Party to Run in Next Elections

This kind of talk, as the great German poet Heinrich Heine warned us a century before the Nazi Revolution, is important. “Thought precedes action just as lightning comes before thunder,” Heine reminded us. The hate Camacho has already expressed in words against the beliefs and faiths of the peoples of Bolivia will soon demand its toll on their lives as well as their souls.

The Bolivia coup makes clear – if anyone needed to be convinced – that the toppling of the government of Brazil was not done in isolation. Or that its perpetrators were ready to rest on their laurels.

The frightening truth is that any pretensions at upholding the Rule of Law or the principles of non-intervention and global security on which the United Nations was supposed to have been founded on the urging of then-US President Franklin D. Roosevelt in 1944-45 have long since been abandoned.

Even as real US economic and military global power has slipped relative to the rise of Russia, China, India and other nations in the 21st century, the determination of the United States and its ruling Deep State elite to act as if they were the sole arbitrator of global power, sovereignty and legitimacy has expanded manically and without limit.

Nicaragua is clearly next in line to be targeted. Venezuela has won itself a breathing space by the fiasco of John Bolton’s bungled coup fiasco early in 2019. But if Nicaragua can be taken care of in 2020, expect Caracas to be revisited with destabilization by next fall.

And watch for the preparatory moves to be made on Mexico, though the approval of the US-Mexico-Canada Trade Agreement (USMCA) by Congress may give President Andrés Manuel López Obrador a breathing space: Certainly, López Obrador should give top priority to staying on very good personal terms indeed with US President Donald Trump.

Woe unto you, ye peoples of Latin America! Bolivia offers you a foretaste of your fate.