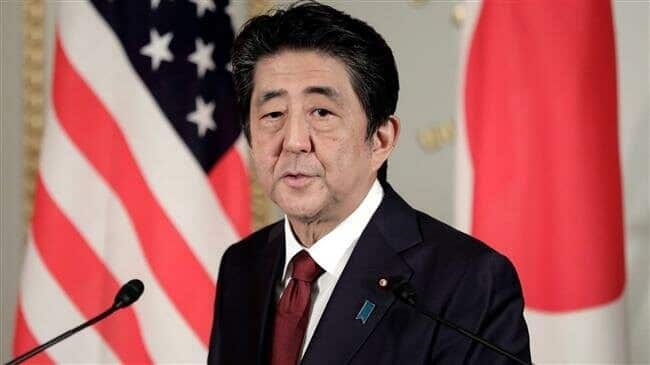 Tokyo says Prime Minister Shinzo Abe of Japan is set to pay an official visit to Iran as the two countries mark 90 years of diplomatic ties, with Japanese media reporting that the premier will also seek to lower heightened tensions between Tehran and Washington during the trip.

Japan’s Kyodo news agency said the Tokyo government outlined Abe’s plan for the Iran trip at a meeting with a parliamentary committee on Thursday.

According to the report, Abe will visit Tehran on June 12-14.

Meanwhile, an unnamed Japanese government official told AFP on Thursday that Tokyo was “still arranging details, including whom our prime minister will meet” during his upcoming trip to Tehran.

Abe will become the first sitting Japanese prime minister to visit Iran in more than four decades as Tehran and Japan “celebrate their 90th year of diplomatic relations,” according to Kyodo.

Kyodo also said Abe will seek to mediate between the United States and Iran and encourage dialog between them in a bid to ease the tensions.

Commenting on those reports during a visit to Tokyo in May, US President Donald Trump said, “The prime minister (Abe) and Japan have very good relationship with Iran so we’ll see what happens.”

Speaking at a news conference with Trump, Abe also expressed his keenness “to help ease the current tension surrounding the Iranian situation” through “closely cooperating between Japan and the US.”

Tensions between Washington and Tehran have been rising since Trump withdrew the US from a 2015 international nuclear deal and imposed unilateral economic sanctions against Iran, mainly targeting its energy dealings on the global market.

In early May, the Trump administration beefed up the US’s military presence in the Persian Gulf, citing alleged and unspecified threats posed by the Islamic Republic to American troops and interests.

The US’s recent deployment of an aircraft carrier, B-52 bombers and Patriot missiles to the Middle East has raised fears that the Trump administration was contemplating military aggression against Iran.

Later that month, however, Trump toned down his highly belligerent rhetoric against Iran and repeated, on several occasions, an offer of talks to Tehran.

Iran has said it would not initiate any conflict with any party, but would defend itself against any aggression.

Tehran also says it will not engage in negotiations with the US as long as Washington refuses to abandon its pressure campaign against the Iranian nation and return to the Iran deal.

On May 23, the Supreme National Security Council (SNSC)’s spokesman Keivan Khosravi said there has been an increase in the number of visits to Tehran by officials from different countries, mostly on behalf of the United States, adding that some of the trips are made public while others remain confidential.