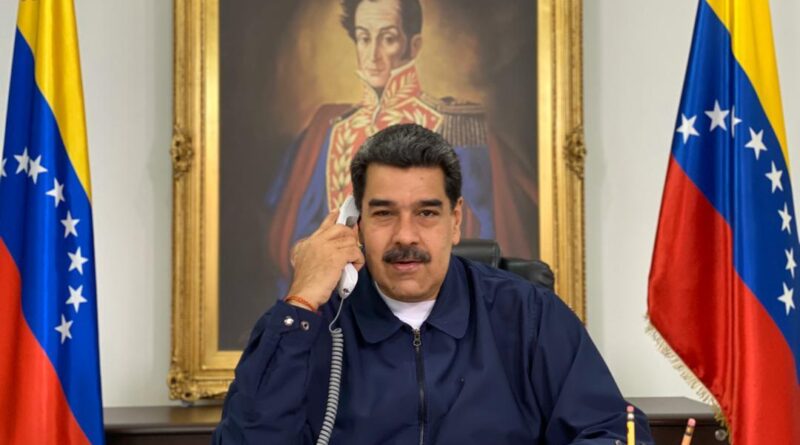 Next Tuesday, September 29, President Nicolás Maduro will present the draft Anti-Blockade Constitutional Law to the National Constituent Assembly (ANC). This was reported by the Head of State this Sunday during a telephone interview with the Presidential Commission for the Prevention and Control of COVID-19. “On Tuesday, September 29, I will present this bill to the ANC, so that it may give it regulatory urgency and it may be approved with a national debate.” He explained that, in the last quarter of 2020, progress will be made on a set of measures in order to “overcome the harmful effects on the economy, finances and social life of the country,” he said.

The Head of State explained that a law of a constitutional nature has been devised, drawn up and created to fight against the blockade and US criminal sanctions on Venezuela. He recalled that, last week, he denounced to the United Nations the perverse effects of the US blockade with the help of the Venezuelan right, that make the Venezuelan people suffer.

“It is an Anti-Blockade Law that has been thought out and studied, in addition to international and global advice, experts in the field, and Venezuela has to urgently shield itself against so many attacks, shield our economy, shield Venezuela’s economic sectors and undertake an economic, financial, and social response, to have a good end of the year,” he said.

President Nicolás Maduro asked for the support of all Venezuela for the approval of this law. “Venezuela needs cooperation, support, help, solidarity and union between all of us to guarantee the future, the present and with the Anti-Blockade Law to guarantee a good closing of the year 2020,” he emphasized.

For her part, the Executive Vice President of the Bolivarian Republic of Venezuela, Delcy Rodríguez, stressed that Venezuela is experiencing an urgent moment and it was time to strengthen the legal capacities of the Venezuelan State to defend itself from the criminal blockade.

“These sanctions constitute crimes against humanity and it is the reason why we have brought the case before the International Criminal Court (ICC) to denounce the representatives of the United States Government who have been cruel against our people in a rude and criminal way, blocking and suffocating the economy, the commercial and financial sectors of the country without any distinction,” she denounced.

Rodríguez stressed that the coercive and unilateral measures have affected the entire population as a whole. “They have said that it is collateral damage that means to be able to change the regime in Venezuela, when it is the power of the Venezuelan people and sovereignty resides precisely in our people, to decide who should govern our homeland,” she said.