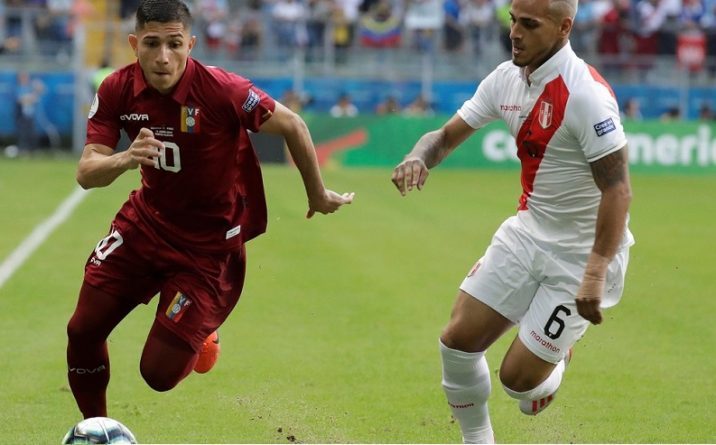 Venezuela and Peru were not hurt in the debut of both teams in the Copa América Brazil 2019. The match, played this Saturday in Porto Alegre, ended without goals and left on balance a red card for the Vinotinto, with the expulsion of Luis Mago in the second half.

Possession of the ball was dominated by Peru by 51 percent, a selection that threatened with two goals canceled by the forward position.

The great figure of the match was the Venezuelan goalkeeper Wuilker Fariñez , who managed to defend against the Peruvian attacks.

With this result and after the opening match on Friday, in which Brazil won by three goals to Bolivia, Venezuela tied in the second place in group A with Peru, every team managing to add one point. In the group’s score, the host team is leading and the highland country goes to the lower position.

The next match for Venezuela will be on Tuesday 18, when it will face the local team, Brazil, at the Arena Fonte Nova stadium in Salvador de Bahia.