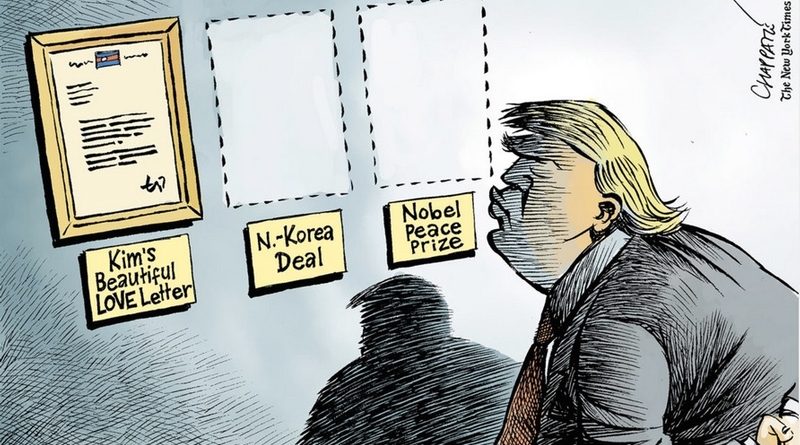 The US president has spoken at the 74th session of the UN General Assembly.

The president of the United States, Donald Trump, has expressed his country’s position on various global issues before the UN General Assembly during the general debate of its 74th session.

China, Iran, Mexico, Venezuela and migrants have been the subjects of the declarations of the US president during his address to the 193 member countries of the United Nations.

Trump has accused the leaders of the Islamic Republic of fueling conflicts in Syria and Yemen, and emphasized that “Tehran should never be allowed” to develop a nuclear weapon.

“No responsible government should subsidize Iran’s bloodlust,” Trump said. “As long as Iran’s threatening behavior continues, the sanctions will not be lifted: they will be hardened, ” he added.

Trump lists illegal immigration as “one of the most critical challenges” for his country.

In this regard, Trump thanked Mexican President Andrés Manuel López Obrador for the deployment of troops in his country for border control.

“One of the most serious challenges facing our countries is the spectrum of socialism: it is the ruiner of nations and the destroyer of societies,” said the president. “The US will never be a socialist country,” he said, accusing communism and socialism of killing 100 million people in the last century and aiming at the coming US presidential race.

“The US knows that, while anyone can make war, only the bravest can make peace,” said the US president, noting that with this mentality Washington has addressed the situation around the Korean peninsula.

“I have told Kim Jong-un what I truly believe: that, like Iran, your country has tremendous untapped potential, but that to make that promise North Korea must denuclearize,” the president said.

Trump adds that his administration has the “hope for a brighter future” for Afghanistan, but that “unfortunately” the Taliban have chosen to continue their “wild attacks.” “We will continue to work with our coalition of Afghan partners to end terrorism, and we will never stop working to make peace a reality,” he said.

Trump has condemned China’s “unfair practices” in global markets, and has claimed that the World Trade Organization (WTO) requires a restructuring. “The WTO needs drastic changes,“ said the White House tenant in his speech.

“The second largest economy in the world should not be allowed to declare itself as a developing country in order to benefit from the system at the expense of others,” said the US president.

Trump mentioned as an example the case of an American technology company whose intellectual property was stolen in China and registered in that country as its own, so the US company was banned from selling the product that it had developed.
“To address these unfair practices, I introduced massive tariffs on more than $ 500 billion in Chinese-made products,” Trump explained.
The president expressed hope that bilateral relations will be restored, but stressed that he is not willing to accept a trade agreement harmful to the US. He also mentioned his expectation that Chinese President Xi Jinping will wisely handle the situation with the Hong Kong region.

In Trump’s words,” the US does not seek conflicts with any other nation.” “We want peace, cooperation and mutual benefit with everyone. But I will never fail to defend the interests of the United States,” he said.

Likewise, the tenant of the White House said that the message that his country shows to the world “is clear.” “The goal of the US is enduring, the goal of the US is harmony , and the goal of the US is not to continue these endless wars, wars that never end,” he said.
In reference to international initiatives for abortion, Trump added that “Americans will never tire of defending innocent life.”
Finally, the president said that love for the nation itself will make possible “more beautiful friendships and more harmony between nations.” “Freedom is only preserved … sovereignty is only assured … democracy is only sustained … greatness is only achieved by the will and devotion of the patriots,” he said.