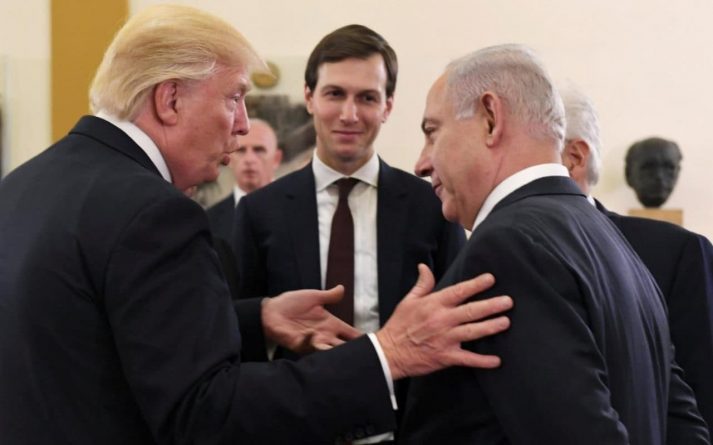 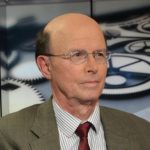 Becker is a Coordinator of the A.N.S.W.E.R. Coalition (Act Now to Stop War and End Racism). ANSWER has organized mass protests of hundreds of thousands of people against the wars in Afghanistan, Iraq, Lebanon and Palestine from mid-2002 to the present. He is a regular contributor to Liberation newspaper and PSLweb.org.

There are many false conspiracy theories in current circulation, but there are also very real conspiracies. One of the latter is the so-called “Deal of the Century,” a thoroughly reactionary plan cooked up by the Trump administration.

The key conspirators, in addition to the governments of the United States and Israel, are a number of reactionary Arab regimes, particularly Saudi Arabia, the United Arab Emirates and Bahrain. These reactionary absolute monarchies, while sometimes posing as supporters of the Palestinian cause, have long feared the Palestinian liberation struggle and all other popular movements in the region.

Washington is also seeking to bring into the “Deal” other allies and dependencies from Europe and the Middle East, as well as major financial institutions.

All three, along with the President, share utter contempt for the Palestinians.

On June 13, Friedman stated his view that Israel has the “right” to annex part or all of the West Bank, an assertion which is in complete contradiction to international law and international opinion.

The Trump administration has not even pretended to be interested in Palestinian input. From moving the U.S. embassy to Jerusalem, to recognizing Israeli “sovereignty” over the Golan Heights (Syrian territory), to cutting off funding for the United Nations agency that provides health, education, housing and other services to millions of Palestinian refugees, Trump and his operatives have offered nothing but unlimited hostility to the Palestinian people.

To kick-off this “Deal of the Century” project, an “economic workshop” has been set for Bahrain, June 25-26. Bahrain, is the home base of the U.S. Fifth Fleet which menaces the entire Gulf region.

‘A handout to make captivity palatable’

The purpose of this meeting is to solicit donations mainly from the oil-rich Gulf states to provide “economic incentives” to the Palestinians in the West Bank and Gaza, in exchange for giving up their struggle for self-determination and statehood. The fundraising goal is said to be $70-90 billions, some fraction of which would go to Palestinians municipalities and economic projects.

Israel would annex the illegal settlements blocs in the West Bank (now housing more than 700,000 Israelis) and the connecting apartheid roads, and maintain control of the Jordan valley. Whether or not called a state – the name “New Palestine” is being floated – the Palestinian entity would be broken-up pieces of territory, unlike any other state on Earth. The Palestinian entity would not be allowed to have an army, and would remain under Israeli “security control.”

If enacted, the Palestinian entity would be a colony, completely dominated economically as well as militarily, as the West Bank is today. The greater part of the funds allocated by the “Deal” to the Palestinian entity would inevitably end up in the accounts of Israeli corporations and government agencies. This would mean, practically speaking, billions more in subsidies to the Israeli economy and state.

A long-time Palestinian Authority spokesperson, Hanan Ashrawi, tweeted that the Kushner plan is just “a handout to make our captivity palatable.”

But after more than two years of promising a new “peace plan,” the “Deal” appears likely to meet the same fate as the many that have preceded it from the Rogers Plan and Camp David Accords in the 1970s, to the Oslo Accord in the 1990s, to the “Road Map” in the first decade of the 21st century.

None of the many past attempts have succeeded in resolving the struggle and neither will this one, but if implemented, this plan could cause great additional suffering for the Palestinian population already living under brutal military occupation and an apartheid system.

The primary aim of the “Deal” is the liquidation of the Palestinian liberation movement, the latest in a long series of such attempts dating back to the 1940s when the State of Israel was erected on a foundation of stolen Palestinian land and the expulsion of more than 750,000 Palestinians.

Whether the “Deal of the Century” will actually be implemented is a very big if. Trump administration officials have been talking about a “peace plan” since he took office two-and-a-half years ago, but the release of an actual proposal has been repeatedly delayed.

Even today, the details of the plan have not been made public. Earlier this year, it was reported that specifics would be made public following the April 9 Israeli election. But the collapse of efforts to form a new Israeli government and the scheduling of a new election in September caused another delay.

Another factor is the division among Arab states, aside from the Gulf monarchies. Neither Egypt, the second-largest recipient of U.S. aid after Israel, nor Jordan, which also receives major U.S. aid, are at all enthusiastic about joining the Bahrain meeting. It’s not that either the Egyptian nor Jordanian governments are moved by sympathy for the Palestinian cause. They are worried about what participation in a project that the Palestinians as a whole are opposed to would mean for them. The Jordanian king, Abdullah, has to be especially worried as 60 percent of the country’s population is made up of Palestinian refugees.

Another aspect of the plan’s goal of liquidating the Palestinian movement is the so-called “normalization” of the status of the millions of Palestinian refugees living in and outside of camps in Lebanon, Jordan, Syria, Gaza, the West Bank, Egypt and other Arab countries. The aim would be to put an end to the right of return for Palestinians who were driven from their homeland by means of terror in 1948-49 and 1967, and their descendants. At the same time, the “right of return” would be continued for any Jewish person anywhere in the world to “return” to somewhere they had never been.

Palestinian political parties and organizations across the board denounced the “Deal.”

A key factor working against implementation of the “Deal” is the unanimous opposition among all organized Palestinian parties and forces.

The Palestine Liberation Organization has labeled the plan as an attempt to bribe Palestinians into accepting Israeli permanent occupation of the West Bank. “This is an official announcement that Palestine will not attend the [Bahrain] meeting,” stated Palestinian negotiator Dr. Saeb Erekat on May 22. “This is a collective Palestinian position. We reiterate that we did not mandate anyone to negotiate on our behalf.”

Hamas (Islamic Resistance Movement), the governing party in Gaza, rejected participation and called on all Arab states not to take part in the Bahrain meeting. “We warn Arab states against the malicious activities aimed to pave the way for normalization with the Israeli occupation and involvement in the ‘deal of the century.’”

The Popular Front for the Liberation of Palestine (PFLP), “condemned the complicity of the Kingdoms of Saudi Arabia and Bahrain with the plans of the U.S. administration against Palestine and the region.” This group’s Political Bureau points out that “the content of this Declaration tries to distort the concrete realities, [and] ignores the Palestinian Cause – by trying to change the compass of the conflict and divert it to other fictitious ones, when it considers the Islamic Republic of Iran as an enemy of the Nation instead of the real enemy, which is the Zionist [entity].”The plan “indicates that these reactionary Arab regimes are determined to place themselves in the trenches contrary to our Arab nation and to continue their opposition to the right of peoples to face occupation and colonialism.”

The PLO and PFLP have announced that they will hold a countering summit on the future of Palestine in Beirut at the same time as the Bahrain “workshop.”

Underlying the numerous failures to reach a “peace agreement” over the decades is the irreconcilable character of the struggle between the imperialist-backed, apartheid state of Israel on the one hand, and the dispossessed indigenous Palestinian people on the other. “Irreconcilable” means that it cannot be resolved within the presently existing political structures.

‘A deal that only the Israelis could love’

Within the U.S. foreign policy establishment, there are clearly doubts about prospects for the “Deal.” In a audio recording of a private meeting with U.S. Jewish leaders obtained by the Washington Post in early June, right-wing Secretary of State Mike Pompeo said he recognized that many would view it as “a deal that only the Israelis could love,” and said that it might “not gain traction,” and could be “unexecutable.” While the IMF and World Bank said they would participate, the CEOs of the three largest U.S. banks said that they would not.

Nevertheless, the Trump administration is pushing forward with the Bahrain “economic workshop,” twisting arms to get its client states and allies to join in.

Becker is a Coordinator of the A.N.S.W.E.R. Coalition (Act Now to Stop War and End Racism). ANSWER has organized mass protests of hundreds of thousands of people against the wars in Afghanistan, Iraq, Lebanon and Palestine from mid-2002 to the present. He is a regular contributor to Liberation newspaper and PSLweb.org.