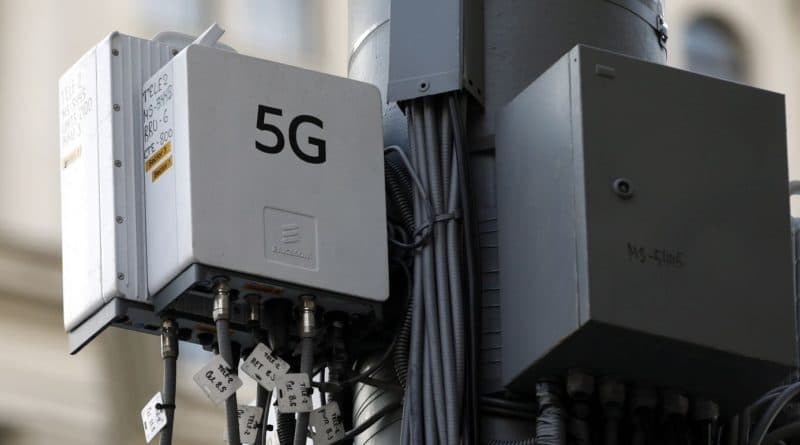 Editorial note: Orinoco Tribune believe that this is just one of many facets of the multifaceted anti-China campaign launched by the United States, UK and other countries submissive to US imperialism. It only shows how rationality does not play a key roll in propaganda, only fear, racism and anticommunism.

Three recent mobile phone mast fires around the UK are being investigated as possible arson, amid concerns that people are attacking telecoms infrastructure because of a conspiracy theory linking 5G technology to the spread of coronavirus.

The mayor of Liverpool, Joe Anderson, also revealed he had received threats relating to the “bizarre” theory, which has gained traction on social media.

On Friday, emergency services were called to reports that a 5G mast was on fire in Liverpool shortly before 11pm. Police confirmed they were investigating the blaze at Spencer’s Lane, Aintree, close to the M57 motorway.

Fire crews managed to get the fire under control quickly and were photographed parked outside the field shortly after it was extinguished.

The media regulator, Ofcom, said on Thursday it was monitoring broadcasters who spread the discredited conspiracy theory, although coverage has spread more widely on social networks, such as WhatsApp, Facebook, Twitter and Nextdoor.

“I’m absolutely outraged, absolutely disgusted, that people would be taking action against the very infrastructure that we need to respond to this health emergency,” he said. “It is absolute and utter rubbish.”

Just hours before the reported incident in Liverpool, Anderson dismissed the theories as “bizarre”. He said he was amazed by the amount of traction the conspiracy was getting on social media, and that all scientific and government advice showed the technology posed no harm to people.

Speaking to the Guardian, the mayor revealed he had received threats relating to the theory and had reported them to Merseyside police.

“The suggestion that Covid-19 is somehow linked to 5G is patently beyond the realms of credibility – utterly bizarre,” he said.

“In Liverpool these masts are being upgraded and ironically the very people that are using this technology are the ones who are believing these theories. I was mildly threatened yesterday by someone telling me to take them down.

“The reality is there is huge pressure on the network at the moment with so many people at home and that’s why engineers are upgrading it. The idea that I have entered into some kind of machiavellian plot with the government is ridiculous.”

Social media posts from celebrities, such as the singer Anne-Marie, have helped spread the theory, while Amanda Holden, a judge on Britain’s Got Talent, shared a link to an online petition promoting the false rumour that the symptoms of coronavirus are caused by residing near a 5G mast. The petition was removed following inquiries from the Guardian.

Cheers actor Woody Harrelson and former Dancing on Ice judge Jason Gardiner are also among stars who have shared theories.

The government is increasingly concerned about the impact of the spread of such false theories.

A spokesperson for the Department for Digital, Culture, Media, and Sport, which has responsibility for telecoms policy, warned people to stop damaging key infrastructure during a national emergency: “These are baseless theories, there is absolutely no credible evidence of a link between 5G and coronavirus. Threats or violence towards any key worker or damage to mobile phone masts will not be tolerated.”

On Thursday, police in Belfast appealed for information after a mobile phone mast was damaged in an arson attack, with online footage suggesting the motive was opposition to 5G networks.

The video clip shows an incident on the Antrim Road in north Belfast on Thursday night, in which flames can be seen at the base of a mobile telephone mast.

According to a report in the Irish News, voices can be heard stating “Fuck the 5G” and “Viva la revolution” as the fire burns.

Facebook removed one anti-5G group in which members were being encouraged to supply footage of them destroying mobile phone equipment. Video footage of a 70ft (20m) telephone mast on fire in Birmingham this week has also circulated widely alongside claims it was targeted by anti-5G protesters.

The problem has become so bad that engineers working for Openreach, which provides home broadband services, have posted pleas on anti-5G Facebook groups, asking to be spared from on-street abuse as they are not involved in maintaining mobile networks.

The industry lobby group Mobile UK said the incidents were affecting efforts to maintain networks that were supporting home working and providing critical connectivity to the emergency services, vulnerable consumers and hospitals. Telecoms engineers are considered key workers under the government’s guidelines.

International radiation experts have repeatedly made clear that the new high-speed telephone system does not pose a risk to humans, while pointing out that the coronavirus has spread widely in many countries without any 5G coverage, such as Iran.