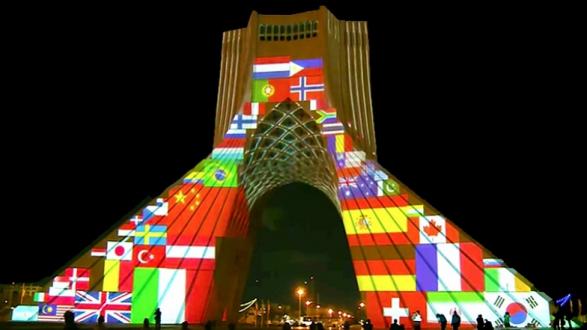 Like most everyone else, I don’t get out much lately due to shelter-in-place. But when I walk around my community, I am heartened by neighbors asking if there is anything we might need. I suspect this scenario is taking place everywhere.

Around the world amidst the pandemic, people step out at a mutually designated evening hour to make noise in a collective show of gratitude for heroic frontline healthcare workers. In New York City and Rome, they bang pots and pans. They’re cheering from rooftops in London and Vancouver. Elsewhere they sing in harmony. Here in Marin County, just north of San Francisco, we emerge at dusk to howl like coyotes.

What we are seeing is not social distancing but people coming together…while maintaining the prescribed 6-foot physical distancing. Our enforced physical isolation has paradoxically awakened a deeper appreciation of our commonality and mutual dependence, echoed by the response of nations other than the US.

Cuba has sent over 700 health professionals all over the world to fight COVID-19. The antiviral recombinant Interferon alfa-2b, developed in Cuba, has been successfully used in China to treat the virus in its early stages and is being exported widely. The Cuban approach is: “we don’t just give what we have left over but share what we have.” In a word, solidarity.

The Venezuelan air force mobilized to carry Cuban medical brigades to Caribbean counties fighting COVID-19. Venezuelan soldiers mustered not to their guns but to sewing machines to stitch surgical masks for civilians to protect them from the virus. This is being done in the context of ever-tightening sanctions on Venezuela by the US, blockading Venezuela at a cost of over 100,000 lives.

China, having contained its own outbreak in an effort the World Health Organization (WHO) praised as unprecedented, sent critically needed respirators and other medical equipment to 35 other countries and regions. Responding to shortages in the US, China flew in tons of medical equipment to New York,  Illinois, Ohio, and other US states. Russia airlifted 60 tons of needed ventilators, masks, and respirators to the US and has aided other countries in the global effort to contain the pandemic.

In the same spirit, UN Secretary General Antonio Guterres called for a global ceasefire: “There should be only one fight in our world today, our shared battle against COVID-19…[to] end the sickness of war and fight the disease that is ravaging our world.” Over 70 nations have endorsed the ceasefire, as did Pope Francis and religious leaders of diverse faiths, but not the US.

“The war on this virus can only be successful if all nations can win this war together, and no affected nation is left behind,” wrote Iranian President Hassan Rouhani in an open letter to the American people. “This is the other side of the globalization coin; a signal that happiness and calamity are both globalized.”

Washington has seen the pandemic as an opportunity

The virus does not discriminate, attacking oppressed and oppressor alike. Unfortunately, the US government does more than discriminate. Washington has seen the pandemic as an opportunity.

The US government is exploiting the pandemic as an opportunity to increase misery in Iran, Venezuela, Nicaragua, Cuba, Syria and other countries the world’s hegemon doesn’t care for. And these besieged states are not alone. One-third of humanity is under ever increasing US sanctions. These unilateral coercive measures, illegal under international and domestic law, are explicitly designed to cause the targeted people to suffer so much they will reject their leaders for those chosen for them by the US.

Filmmaker Oliver Stone and human rights law professor Dan Kovalik describe the US conduct as “weaponizing the virus” against targeted countries. As the US Peace Council reports, the countries targeted by the US “are finding it prohibitively difficult to protect and save the lives of their citizens in the face of the ongoing global emergency. These sanctions constitute crimes against humanity.” In short, sanctions kill.

The US has blocked medical aid to targeted countries. A shipment of test kits, masks, and respirators donated by the Chinese Alibaba group to Cuba had to be aborted, when the US transport company refused to deliver, fearing breaking the US blockade. Correspondingly the US has waged a campaign to force recipient countries to refuse Cuban medical assistance.

Venezuela, with COVID-19 already threatening, applied for an emergency $5 billion loan to combat the virus from the International Monetary Fund (IMF). Under US pressure, the IMF denied the request.

Trump threatened to suspend the US contribution to the WHO, the main international body fighting the pandemic. WHO had appealed to the US to lift its sanctions preventing Iran from purchasing drugs and medical equipment. But the US had already rejected the binding but unenforceable ruling of the International Court of Justice (aka World Court) to lift sanctions on medical and humanitarian aid to Iran.

Likewise, the appeal by UN High Commissioner for Human Rights Michelle Bachelet for the US to suspend sanctions amidst the pandemic, because the “impeding medical efforts in one country heightens the risk for all of us,” fell on deaf ears.

The punitive policies of the US government are having the effect of spreading the coronavirus. In response, even close US allies such as the UK, France, and Germany have used the alternative trading tool, INSTEX, to circumvent the US sanctions and deliver humanitarian medical supplies.

At a time when resources are supposedly inadequate to respond to the health crisis in the US, the US Navy is being sent off the Venezuelan coast in the largest regional US military deployment in 30 years. Washington’s bogus claim, that Venezuela is conspiring to “flood the United States with cocaine,” is contradicted by the government’s own statistics that prove that the illicit drugs are coming overwhelmingly out of US client state Colombia, which has received over $10 billion of US aid.

The positioning of the US armada of Arleigh Burke-class destroyers, among the world’s most expensive, is overkill for drug interdiction. But the warships, each armed with 56 Tomahawk cruise missiles, land-attack missiles, and anti-ship missiles, along with the deployment of ground Special Forces would be appropriate for threatening an invasion of Venezuela.

US officials claim that this spare-no-expense military exercise is necessary to “send a message” to Venezuelan President Maduro. But given Trump’s undeniable skills in the area, wouldn’t it be far more parsimonious to tweet him? Apparently not, because the US is also using the pandemic as a morbid backdrop for offensive actions in Syria, Afghanistan, Iran, and Yemen, to name a few of the more prominent flashpoints engaging the US military. Besides tweeting might not work so well. Twitter, in service of the empire, has suspended the accounts of the minister of health and other top Venezuelan officials.

Gone viral is now a description of the human condition

The critical difference between an Arleigh Burke-class destroyer and a ventilator used to treat COVID-19 is that there is no shortage of warships. This will remain the case so long as our bi-partisan foreign policy persists. Working people will be neglected, come pandemics, economic collapse, or both.

The larger question for our times, when “gone viral” is more than a figure of speech but is a description of the human condition, is posed by the New York Times: “Everything is awful. So why is the stock market booming?” The wealthiest member of the Federal Reserve Board of Governors and its chair, Jerome Powell, is similarly bullish: “There is nothing fundamentally wrong.”

Heidi Shierholz with the Economic Policy Institute looked at precisely the same indicators as did Powell, but from the perspective of the other 99% of humanity, and exclaimed: “I don’t usually look at data releases and just start shaking…This is a portrait of disaster…It represents just incredible amounts of grief and suffering.”

The answer to the Times’ query is that the US empire, as leader of the capitalist world, finds ways to exploit disasters while failing to meet human needs.