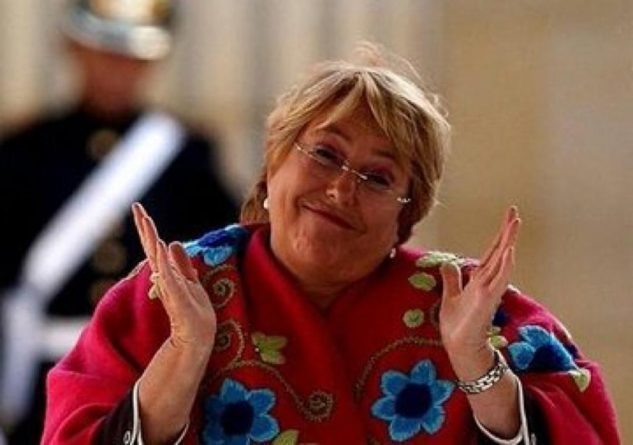 This Thursday, the report on the situation in Venezuela, published by the UN High Commissioner for Human Rights, Michelle Bachelet, after her visit to Venezuela, was published on the agency’s Twitter account.

The office decided that after this report, whose official presentation will be this Friday, July 5, especially “the documentation, analysis and presentation of public reports on the situation of human rights will be increased”.

According to OHCHR, there are indications that reveal the “systematic violation of human rights in Venezuela”.

In total, the United Nations office issued 13 recommendations and 11 calls to the Government of the president of Nicolás Maduro related to the subject evaluated.

The first recommendation is “adopting all necessary measures to guarantee the availability and accessibility of food, water, essential medicines and health care services.”

It also calls on Maduro to release all people arbitrary deprived of their liberty, to extend social care and plans, and to carry out “prompt, effective, exhaustive, independent, impartial and transparent investigations of human rights violations, including the deaths of indigenous people, and bring those responsible to justice.”

On the other hand, Bachelet indicated that in addition to accepting the presence of an OHCHR mission in the country, “the Government made several commitments and identified areas of cooperation”.

“OHCHR will support the evaluation of the main obstacles to access to justice and the National Commission for the Prevention of Torture and Other Cruel, Inhuman or Degrading Treatment. The Government also agreed to grant OHCHR full access to the detention centers to monitor the conditions of detention and to speak with detainees. The Government will adopt a calendar of ten visits of the Special Procedures in the next two years. In six months, OHCHR and the Government will evaluate the possibility of increasing the presence of OHCHR and establishing a country office, “the report said.

What aggravates the crisis
OHCHR stressed that the latest economic sanctions “are further aggravating the effects of the economic crisis, and therefore the humanitarian situation, since most of the foreign exchange earnings come from oil exports, many of which are linked to the U.S market”.

“The Government has agreed to gradually authorize humanitarian assistance from the United Nations and other actors. However, the level of assistance is minimal in relation to the magnitude of the crisis and there is an urgent need to adopt structural economic reforms,” reads the report.

The parties speak
The Government of Venezuela presented several observations on the report of the high commissioner of the United Nations Organization for Human Rights, Michelle Bachelet.

The Venezuelan Foreign Ministry issued a statement and through it states: “The report presents a selective and openly biased view of the true human rights situation of the Bolivarian Republic of Venezuela.”

It “contradicts the principles that should govern the treatment of human rights issues, included in the Vienna Declaration and Program of Action”.

According to the Executive, in the report “sources lacking objectivity are overly privileged and official information is almost completely excluded”.

Meanwhile, opposition spokespersons pointed out on Twitter that the document presented by OHCHR is correct.

Opposition leader Henrique Capriles Radonski said that “the report exposes to Venezuela and the world the magnitude of the catastrophe that Madurismo represents for Venezuelans.” While a political expert consulted by OT said that ” the opposition is over-dimensioning the report, twisting some of its findings to make it look like it supports their claims.”

Also, the deputy Henry Ramos Allup pronounced on the matter. He said that the report was “clear and forceful” and described as positive the “instructions that Bachelet gives to the Government. “You have to read it in its entirety,” he said.

It is not the first time
The high commissioner visited Venezuela from June 19 to 21, 2019. In the report, the UN Office for Human Rights says that Bachelet met with different counterparts, including the President of the Republic, Nicolás Maduro, the Vice President (Delcy Rodríguez) and the Minister of Foreign Affairs (Jorge Arreaza), senior officials of 17 ministries, the president of the National Assembly (Juan Guaidó) and opposition deputies.

“She also met with the president of the National Constituent Assembly (Diosdado Cabello), the attorney general, the president of the Supreme Court of Justice and the ombudsman. She held meetings with representatives of the Catholic Church, the business sector, universities, students, trade unions, human rights organizations, approximately 200 victims, the diplomatic community and the United Nations Organization team in the country” the text states.

The United Nations High Commissioner for Human Rights (OHCHR) recalled in her report that they made another visit to Venezuela from March 11 to 22, 2019″ during which she met with a wide variety of stakeholders, including State actors, in Caracas, Barquisimeto, Valencia and Ciudad Guayana. In addition, between September 2018 and April 2019, OHCHR conducted nine visits to interview Venezuelan refugees and migrants in Argentina, Brazil, Chile, Colombia, Ecuador, Spain, Mexico and Peru”.