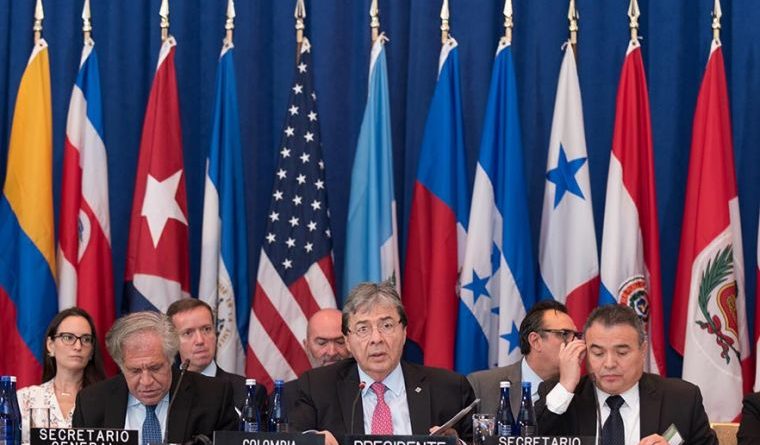 The Foreign Minister of Uruguay, Rodolfo Nin Novoa, announced the Uruguayan withdrawal of the Inter-American Treaty of Reciprocal Assistance ( TIAR ), and rejected the activation of this agreement against Venezuela by the Organization of American States (OAS), reported Telesur.

The Uruguayan diplomat also said that he will denounce this interventionist plan before the OAS office and warned that it is a strategy that only intends to legitimize an armed intervention in Venezuela.

On Monday, September 23 during the vote for the application of the TIAR against the Bolivarian nation, Nin Novoa said: “We are going to oppose that this mechanism, at least in its extreme phase, be executed, which is the direct intervention in the Venezuelan conflict.”

During the Meeting of the Political Council of the Bolivarian Alliance for the Peoples of Our America – Treaty of Commerce of the Peoples (ALBA-TCP), the Chancellor of the Republic, Jorge Arreaza, by letter denounced the seriousness and illegality of what some governments in Latin America and North intend to do by invoking the TIAR.

“(This treaty), which was buried by history for its uselessness and lack of benefit for our peoples, in order to attack the people of Venezuela and to besiege even more a people who resists in order to be able to take its own decisions with sovereignty,” said the head of the Venezuelan diplomacy. /JML