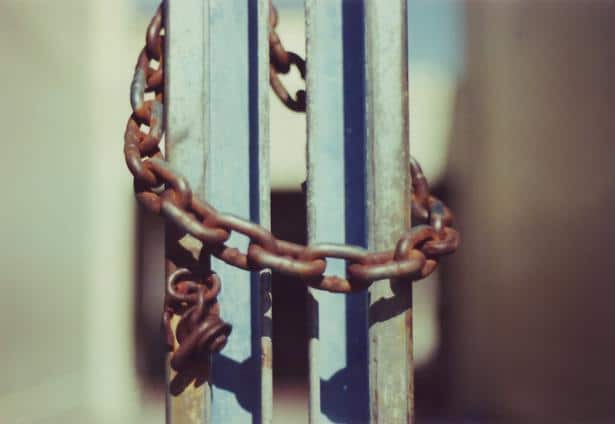 Employers are alleged to be leveraging coronavirus-induced unemployment to mount an assault on collective bargaining.

Dalroy Connell has worked as a stagehand for the Portland Trailblazers since 1995 when the basketball team began playing games at the Rose Garden Arena. When the pandemic hit the US in March 2020, public events were shut down and NBA games were briefly suspended before the season moved to a “bubble” in Orlando, Florida, and the season recommenced without fans in July 2020.

Connell and his colleagues have been on unemployment ever since, but when the 2020-2021 NBA season began in December 2020, instead of bringing back several of these workers, the Portland Trailblazers replaced most of the unionized crew who work their games with non-union workers, even as their jobs running the sound and lighting equipment are required whether or not fans are in attendance.

Like many workers around the US Connell believes he has been locked out from his job by a company that has used the coronavirus pandemic as a tool to break unions.

the face,” said Connell. “They’re using positions in the house, people who already work there to do things we normally do.”

Connell alleged management at the Portland Trailblazers has frequently fought the union over the past several years, with the latest refusal to recall union workers an extension of this trend.

“Here we are wasting a ton of money on legal fees just to give a few guys some work. It’s a five-hour job. It’s so easy to work this out,” he added.

The Portland Trailblazers and Rip City Management did not respond to multiple requests for comment.

Lockouts are work stoppages initiated by the employer in a labor dispute where the employer uses replacement workers.

Earlier in the pandemic, some employers resorted to conducting mass layoffs of workers after union organizing drives surfaced, such as at Augie’s Coffee Shop in California and Cort Furniture in New Jersey. Several workers have claimed they had been fired in retaliation due to worker organizing efforts by employers such as Amazon, Trader Joe’s and most recently Instacart. Now some employers are beginning to use lockouts as a tactic to seemingly suppress organizing efforts.

“Lockouts are an economic weapon employers use to take the initiative in collective bargaining,” said Alex Colvin, dean of the school of industrial and labor relations at Cornell University. “During the pandemic, lockouts pose a greater threat to unions due to the high unemployment rate and greater availability of replacement workers.”

According to an analysis by Bloomberg Law, no employer lockouts were conducted in 2020 during the first several months of the pandemic, but after previous economic recessions in the US, lockouts rebounded as disputes over wages and benefits became more intense.

“The intent of many lockouts is to actually try to break the workers’ unions by showing that the union’s position has led to the loss of work, and the only way to restore work is through unconditional surrender,” said Moshe Z Marvit, a labor and employment lawyer and fellow at the Century Foundation.

In Los Angeles, California, dozens of workers at Valley Fruit and Produce represented by Teamsters Local 630 went on strike in May 2020 in protest of intimidation of union members and efforts to decertify the union during new contract negotiations.

Amid negotiations to end the strike and bring back workers, Valley Fruit and Produce replaced several workers with non-union members, while the union alleges workers who did return to work were coerced into signing declarations against the union.

The union is currently pursuing unfair labor practice charges with the National Labor Relations Board for the produce distribution company circumventing the union to directly negotiate with workers, in addition to several allegations of intimidation and harassment.

“Through their union buster lawyer, Valley Fruit talked to foremen to call workers on the picket line, using intimidation and scare tactics to get them back to work., When workers went back inside, they were forced to sign documents to say they didn’t want to be a part of the union any more,” said Carlos Santamaria, divisional representative for Teamsters Local 630.

“I’m disappointed in what Valley has done to all the workers,” said Rene Gomez, who worked at Valley Fruit and Produce for 21 years and has been locked out of his job since last year. “My family and I are having a hard time economically because of everything going on. We’ve gone to food banks. We’ve been stressed because we don’t know how we’re going to keep paying rent at the end of the month.”

Roberto Juarez, who has worked for Valley Fruit and Produce for six years before getting locked out of his job, argued the company has attempted to “destroy the union in the workplace”, through negotiating in bad faith by pushing for reduction in benefits, wage freezes, hiring union avoidance attorneys, while receiving between $2m and $5m in paycheck protection program loans from the federal government.

“When the pandemic started and hit hard, we never stopped working and we were working a lot of hours. We were exposing ourselves, coming to work, exposing our families, and they didn’t really care,” said Juarez.

Valley Fruit and Produce did not respond to multiple requests for comment.

Earlier this month in Chicago, Illinois, the Chicago public schools district began locking out dozens of teachers who are being ordered to return in-person to schools, which have been conducting virtual learning since the pandemic hit the US in March 2020.

Kirstin Roberts, a preschool teacher at Brentano elementary math and science academy in Chicago, refused to return to in-person teaching due to unsafe working conditions, even as all of her students had opted to continue remote learning.

The city of Chicago remains under a stay-at-home advisory with travel restrictions in place to try to mitigate the spread of coronavirus. Chicago public schools threatened to declare teachers ordered to work in school buildings who do not show up as “absent without leave”, and docking their pay.

Teachers across Chicago and the Chicago Teachers Union held a virtual teach-in protest of a return to in-person teaching outside of the board of education president’s home on 13 January.

Roberts attended the protest and taught on Facebook live because she was locked out of her Chicago public schools Google account, banning her access to continue teaching her students remotely and shutting her out of her work email account.

“They’ve been trying to impose conditions on the workforce without input from the union,” said Roberts. “Even though we’re in the middle of a pandemic, Chicago public schools is willing to use our students, hurt our students, and deny students things they need like access to their teachers in a game to one-up the Chicago Teachers Union and that’s ridiculous.”

According to Chicago public schools, 87 teachers and staff are currently considered absent without leave, with an attendance rate of about 76% of school district employees in attendance who were expected to return to work in-person, not including employees who had an approved accommodation.

“We are grateful to the teachers and school-based staff who have returned to their classrooms, and we are continuing to meet regularly with the Chicago Teachers Union (CTU),” said a spokesperson for Chicago public schools in an email.

Featured image: During the coronavirus pandemic, some employers have started to use lockouts as a tactic to suppress worker organizing efforts., Flickr