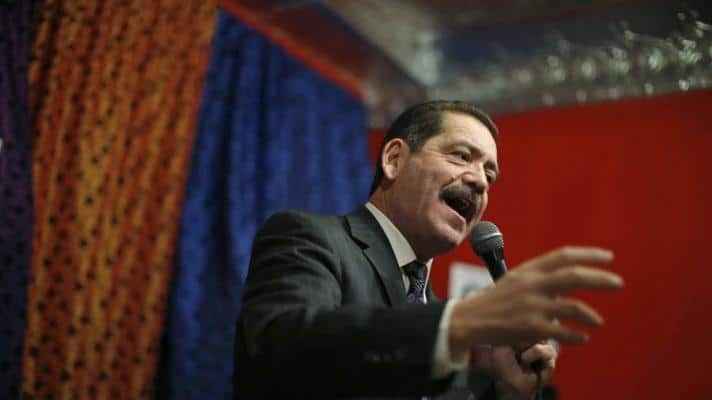 On Friday, August 13, US congressman for the Democratic Party, Jesús “Chuy” García, reported that, together with 18 other legislators, he has sent a letter to US Secretary of State Antony Blinken, asking Joe Biden’s administration to lift the illegal sanctions imposed against Venezuela.

The members of the Congress have also asked the US government to participate in a direct dialogue with Caracas and to stop politicizing “humanitarian assistance” around the Venezuela, urging to “strongly consider conducting a prompt review of our government’s current policy towards Venezuela.”

Our policy towards Venezuela promotes suffering, not democracy. Along with @RepRaulGrijalva & 17 members of Congress, I sent a letter to @SecBlinken calling on the Biden Administration to lift sanctions, end politicization of US assistance & engage in direct diplomatic dialogue. pic.twitter.com/7LnoqZ9uOi

The letter asks to adopt an alternative to the Venezuela policy implemented during the administration of former President Donald Trump, who intensified the blockade imposed on Venezuela that has gravely harmed the population. However, the letter does not ask the Biden administration to abandon the US imperialist narrative of blaming President Maduro for all the problems in Venezuela, as is evident from the text of the letter that claims that “Nicolás Maduro and his entourage are largely responsible for Venezuela’s grave political and humanitarian crisis.”

In spite of that, the document reiterates that the US government “should act urgently to alleviate the suffering of the Venezuelan people by taking immediate steps to lift the broad and indiscriminate sanctions.”

It also states that the current policy of “maximum pressure” against Venezuela “has been a total failure,” since the Trump administration tried to promote an undemocratic exit of the constitutionally elected president, Nicolás Maduro, “by imposing far-reaching sanctions.”

Among the actions against Venezuela mentioned, the Congresspeople acknowledged that they had tried to promote “an internal military rebellion” and threatened “to invade the country militarily,” and had cut off all relations with the legitimate government of Venezuela.

“Despite these and other aggressive measures, Maduro remains more firmly in place than ever,” admits the letter.

“US economic sanctions enacted since 2017 have inflicted greater hardship and suffering on ordinary Venezuelans,” says the letter, which also recognizes the obstacles imposed to prevent Venezuela from acquiring supplies to combat the COVID-19 pandemic.

The representatives call for the White House to reverse “Trump’s ban that prohibits Venezuela from exchanging crude oil for diesel, thereby hindering food production and distribution.”

Featured image: Jesús “Chuy” García, along with 18 Democratic members of the US Congress, called for a new US policy toward Venezuela by moving away from the “maximum pressure” campaign and violent destabilization efforts. Photo: Jim Young / Reuters