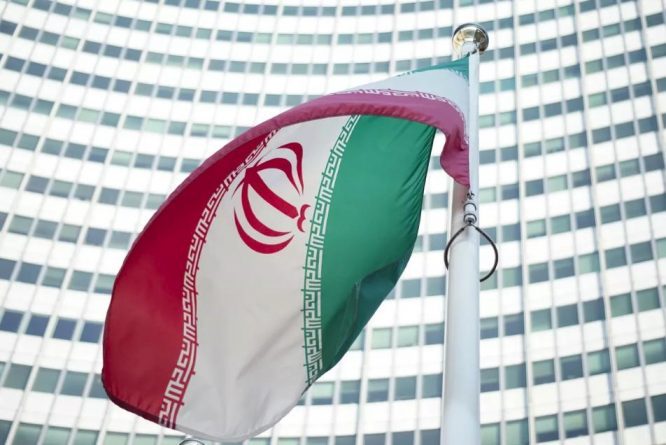 Yahoo News is reporting that a “retaliatory digital strike against an Iranian spy group” was carried out this past Thursday. The Washington Post, The New York Times, and the Associated Press all confirmed the report with their own sources, including the further detail that the cyber attack was approved by President Donald Trump. It was the same day that Trump called off airstrikes against Iranian targets.

The target of the attacks was an “intelligence group” that either has ties to or is part of the Iranian Revolutionary Guard, depending on which report you read. That group had been connected to recent attacks on commercial ships in the region, according to Yahoo News. The Post says that the attack was “crippling to Iran’s military command and control systems,” but did not result in any loss of life. The Times reports that Iranian missile control systems were also targeted.

The US cyberattacks were launched by US Cyber Command, and the Times reports that they “had been planned for several weeks” and were meant as a response both to the attacks on oil tankers as well as the recent downing of an US drone aircraft.

This is not the first time the US has been involved in a cyberattack against Iranian assets. It famously is believed to have helped develop the Stuxnet worm that attacked nuclear centrifuges in Iran. And in 2016, it was reported that the US had created a plan called “Nitro Zeus” that could have been used against Iran’s infrastructure, though the plans were reportedly shelved.

RELATED CONTENT: “If This Is True, They Are Even Bigger Lunatics Than We Realized”: UN Officials Reportedly Believe Trump Planning “Massive” Bombing Campaign in Iran

Neither the full extent of this week’s cyberattacks nor their effectiveness is fully known yet, but it’s possible that there could be more such conflicts to come. The Wall Street Journal recently detailed concerns raised by security firms that Iran had already begun stepping up its hacking attempts on US targets. The Department of Homeland Security warned of a “recent rise in malicious cyberactivity directed at United States industries and government agencies by Iranian regime actors and proxies.”

Read my statement on Iranian cybersecurity threats below. pic.twitter.com/qh7Zp9DBMY

Even if Iran does not respond to the cyberattacks, it seems likely that tensions will continue to increase. Mr. Trump said today that he intends to impose “major additional sanctions on Iran on Monday.”