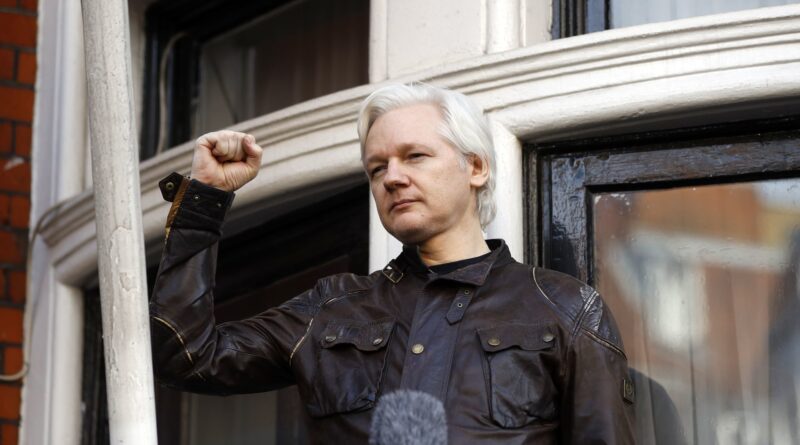 Plans to poison or kidnap Julian Assange from the Ecuadorian embassy were discussed between sources in US intelligence and a private security firm that spied extensively on the WikiLeaks co-founder, a court has been told.

Details of the alleged spying operation against Assange and anyone who visited him at the embassy were laid out on Wednesday at his extradition case, in evidence by a former employee of a Spanish security company, UC Global.

Microphones were concealed to monitor Assange’s meetings with lawyers, his fingerprint was obtained from a glass and there was even a plot to obtain a nappy from a baby who had been brought on regular visits to the embassy, according to the witness, whose evidence took the form of a written statement.

Anonymity was granted on Tuesday to the former employee and another person who had been involved with UC Global, after the hearing was told they feared that Morales, or others connected to him in the US, could seek to harm them.

Details of their written evidence were read out at the Old Bailey in London on Wednesday by Mark Summers QC, one of the lawyers for Assange, who is fighting extradition to the US on charges relating to leaks of classified documents allegedly exposing US war crimes and abuse.

James Lewis QC, acting for the US government, told the court on Tuesday that the US case was likely to be that the evidence of the former UC Global employees was “wholly irrelevant”.

In the evidence, one of the witnesses said that UC Global started off with meagre contracts and in reality the only one at the beginning had been signed in October 2015 with the government of Ecuador in order to provide security for the daughters of the country’s president and its embassy in London.

However, they said this changed when Morales attended a security sector trade fair in Las Vegas, where he obtained a contract with Las Vegas Sands, a company owned by the US billionaire Sheldon Adelson. The American was a friend and supporter of Donald Trump, who was a presidential candidate at the time.

Morales was said to have returned to the company’s offices in Jerez in the south of Spain and announced: “We will be playing in the big league.” The witness added that Morales said the company had switched over to what the latter described as “the dark side”. This allegedly involved cooperating with the US authorities, who Morales said would ensure that they obtained contracts all over the world.

An increasingly sophisticated operation to monitor Assange was launched and would accelerate after Trump assumed office in 2017, the witness said, adding that Morales would make frequent trips to the US with recorded data.

“He [Morales] showed at times a real obsession in relation to monitoring the lawyers because our American friends were requesting it,” added the witness, who held a stake in UC Global for a period of time.

The other witness, an IT expert who had joined UC Global in 2015, also referred to the trips to the US by Morales, who they said spoke about it in terms of “going to the dark side”.

The witness was tasked in December 2017 with installing new cameras at the embassy that would, unlike the previous cameras, also record audio. They said Morales later instructed that the cameras should have a livestreaming capability “so that our friends in the US” would be able to access the embassy in real time.

This “alarmed” the then employee who said it was not technically achievable. The response of Morales, he alleged, was to send him a document with detailed instructions on how to do it.

“Obviously the document must have been supplied by a third party, which the witness expects was US intelligence,” said Summers, as he read out parts of the submission.

The witness was said to have refused, saying it was manifestly illegal.

The witness also claimed that the company’s US contacts had become nervous when it appeared Assange might be on the verge of securing a diplomatic passport from Ecuador in order to travel to a third state.

On one occasion in 2017, they also recalled Morales saying that his American contacts had suggested that “more extreme measures” should be deployed against visitors to Assange.

“There was a suggestion that the door of the embassy would be left open allowing people to enter from the outside and kidnap or poison Assange,” the court was told. The witness alleged Morales said these suggestions were under consideration with his contacts in the US.

The witness also told of being asked to place stickers on the window of embassy rooms used by Assange. They said Morales had claimed this would assist “American friends” pointing laser microphones at the windows but who had been thwarted because Assange was deploying “white noise” countermeasures.

Assange was removed by police in April 2019 from the embassy, where he had taken refuge seven years previously to avoid extradition to Sweden over a sexual assault case that was subsequently dropped.