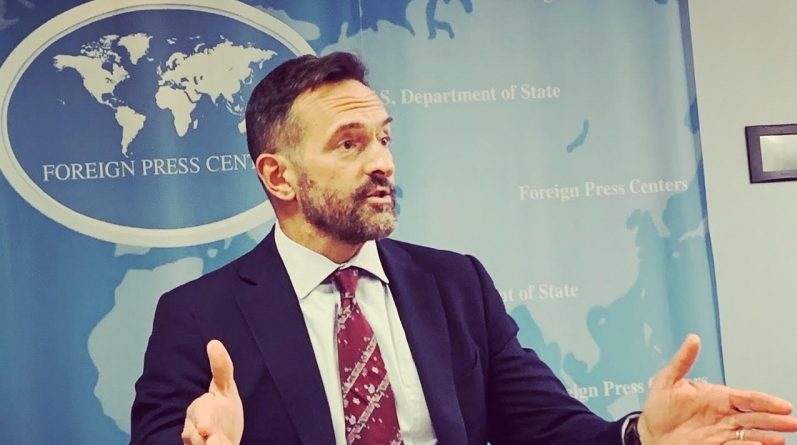 The US empire has been dealing for decades in extortion, blackmail and direct economic and military pressure to get UN agencies and countries voting the direction it wants. Current events show how the US empire has declined in influence.

Last Thursday, October 10th, the US Department of State called for a press conference -for the very next day- with Roger D. Carstens, Deputy Assistant Secretary in the Bureau of Democracy, Human Rights and Labor, to talk about human rights in the “illegitimate regime of Nicolas Maduro”.

The press conference was held as scheduled, yesterday, Friday October the 11th, and as expected the US launched its battery of lies and empty rhetoric about the legitimate government of President Nicolas Maduro that is ONLY not recognized by the same US regime and less that 10 other countries worldwide. This do not refer to the countries that somehow “support” the US regime change operation lead by deputy Juan Guaido.

Disregarding all the lies and hypocritical comments launched by this second class US bureaucrat as part of a script written for him, the most important news regarding this press conference is that no matter all the illegal tools traditionally used by the US to twist arms around the globe, they DO NOT HAVE the votes to prevent Venezuela from winning a seat on the Geneva Human Rights Council during the elections to be held next Wednesday October the 16th in that Swiss city.

This press conference is more evidence that the regime change operation promoted by Washington has failed, as well as showing how the US influence over the world is declining. Holding this press conference the Department of State tacitly admits to NOT HAVING the votes to stop Venezuela from occupying the seat it rightfully deserves.

“Next week the voting is going to happen and progressive forces all over the world should pay a lot of attention to their countries leadership and diplomacy in relation to this issue in order to avoid a last minute change of balance forced by the US using extortion or blackmail. We are also waiting the twitter sanctioner and blackmailer in chief, Marco Rubio, to start tweeting on these issues very soon”, said an international affairs expert to OT.