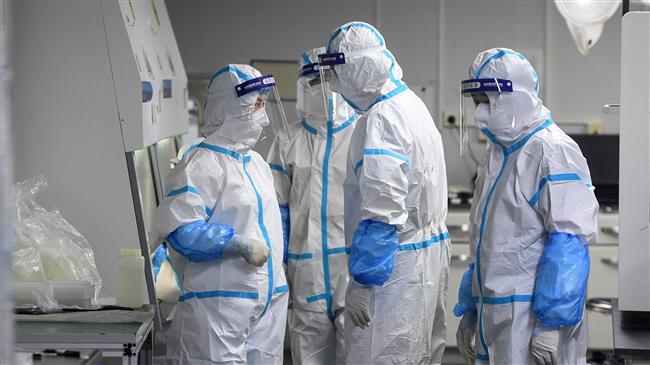 China has called on the United States to stop pointing the accusing finger at other countries over the lab-leaking theory concerning the origin of the coronavirus pandemic, and to investigate its own bio-labs instead.

Chinese Foreign Ministry spokesman Wang Wenbin made the call on Monday as he stressed that the US side has ignored the conclusion of a joint research report in January by China and the World Health Organization (WHO), which said it was highly unlikely that the virus leaked from a laboratory.

Wenbin censured Washington’s slandering of countries over the epidemiological crisis while the US itself could have a role in the origin of the viral outbreak, and said smearing China will not wash away the US itself.

“The US was the first to start research in recombinant virus and possesses unrivaled strength in this area. It has also funded and conducted more research in coronaviruses than any other country,” the Chinese official said.

“According to reports, Professor Baric started researching recombinant coronaviruses back in 1990. His team has long acquired and honed the capability to recombine and modify coronaviruses. Baric said in an interview with Italian media outlet PresaDiretta in September 2020 that ‘it is possible to engineer a virus without leaving a trace’. Therefore, an investigation into Baric’s team and lab is all it takes to clarify whether coronavirus research can create or has created novel coronavirus,” he added.

“When can the US invite WHO experts to the biological laboratory at the University of North Carolina (UNC) and the US Army Medical Research Institute of Infectious Diseases at Fort Detrick (USAMRIID)’s for investigation?” Wang asked rhetorically.

“We suggest that the US stop slinging mud at others and instead find out what happened in its own labs first,” said Wang.

A WHO team of international experts went to the central Chinese city of Wuhan in January 2021 to produce a first-phase report, which was written in conjunction with their Chinese counterparts, but it failed to find a conclusive position on the origin of the virus.

The WHO’s report said the virus jumping from bats to humans via an intermediate animal was the most probable scenario, and that a leak from the Wuhan virology labs was “extremely unlikely.”

Earlier in the month, China rejected the WHO’s calls for a new probe into the origins of the coronavirus, saying it supports “scientific” over “political” efforts to find out how the virus started.

The theory that the contagion had leaked from the Wuhan Virology Institute was originally hyped up by, among others, the administration of former US President Donald Trump as part of his hawkish anti-China policies.

Since infecting its first victims in Wuhan in late 2019, the pandemic has spread to nearly every country across the globe, killing more than four million people so far.

China has on several occasions called on the US to give a full clarification on its bio-military activities at home and abroad, a matter of concern shared by Russia and others.

Featured image: This photo taken on August 4, 2021, shows laboratory technicians, wearing personal protective equipment (PPE), working on samples to be tested for the Covid-19 coronavirus at the Fire Eye laboratory in Wuhan, in China’s central Hubei province. (By AFP)