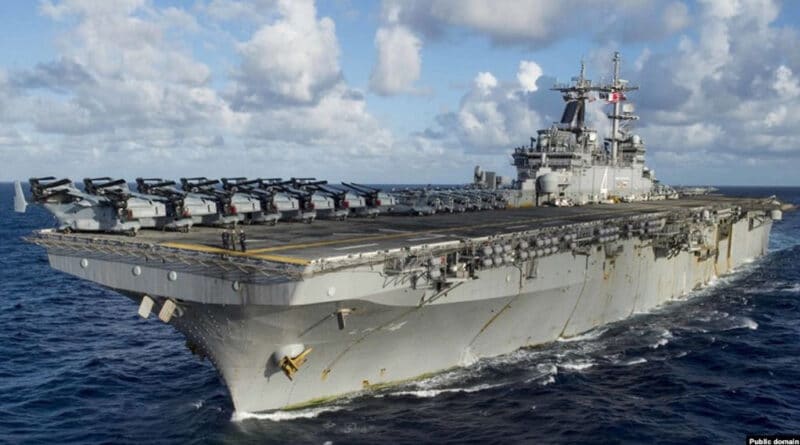 In the summer of 2017, a grave crisis was already boiling in the US Navy’s Fifth Fleet, stationed in one of the Persian Gulf countries, namely Bahrain. That summer, investigators began to uncover an intricate web of allegations against American sailors that began with prostitution but ended up in cases on international sex trafficking.

January 21, 2021.-  What the Naval Criminal Investigative Service (NCIS) uncovered, had three themes in common: US sailors, hookers and money.

The investigation was first revealed in mid-2020 by Military Times in a detailed report entitled “Tinder, Sailor, Hooker, Pimp: The US Navy’s Sex Trafficking Scandal in Bahrain.”

Whenever the US occupation, or wherever the US Army is present you’re going to hear about criminal atrocities and unethical acts like sex trading. And that’s, especially the case, the case in Bahrain from amid this, the ongoing uprising calls for, for the involvement of the people in the UN.

The investigation all started with monitoring a string of WhatsApp messages between Gunner’s Mate 2nd Class Jihad H. Littlejohn and a woman known as Lin Raiwest.

In the messages, they discussed trafficking girls from Thailand who would then live in the American sailor’s off-post apartment and be put to work as prostitutes.

The case of gunner’s mate second class Jihad Little John was one of several that caught the Navy’s attention in Bahrain. In the summer of 2017, Little John was accused of conspiring with a pimp to import two women from Thailand into Bahrain to work as prostitutes, they would live with him, and he would take a cut of their earnings.

The Littlejohn case triggered an extensive investigation into similar scandals which, according to the Military Times, uncovered that servicemen involvement in sex trafficking was a widespread phenomenon.

We discovered (what) was going on in Bahrain was that there was a confluence of cases coming out at the same time, involving conspiracies, involving sexual crimes, involving human trafficking, prostitution.

These navy servicemen, including high command, were involved in housing and pimping female prostitutes as early as June 2017.

It’s common for the American military to commit such crimes. We all know the cases of such crimes in Korea and Japan, in Vietnam, and especially what happened in Abu Ghraib in Iraq. Many military personnel of the American army committed such atrocities, such inhumane atrocities and ill treatment, against the Iraqi people. And that’s what make(s) this action, and this crime, nothing new for us, because the American occupation never care about, about human dignity, about the rights of the people

In another high-profile case that year, Chief Operation Specialist Jayson W. Grant was caught attempting to traffic three girls from Thailand to Bahrain.

“They do sex and make u money”

The messages quoted from Grant during his trial revealed the gravity of the situation: “Need to procure Thai girl… They make 120 (Bahraini dinar) a night, U hold passport… They do sex and make u money… I get u Thai that is 16 or 19. Younger more money.”

Littlejohn and Grant were just two examples of a corrupt, multilayered enterprise in Bahrain with American sailors as major profiteers.

According to Daily Mail, at least nine sailors, including five chiefs and a lieutenant commander, have been charged in connection with sex trafficking operations in Bahrain since 2017.

Hundreds of pages of court records, video footage and investigative documents show the extent of US sailor sex crimes in Bahrain.

According to these documents, American sailors have been housing prostitutes in their taxpayer-funded apartments, seizing the women’s passports and taking a cut of the women’s earnings.

One accused chief told NCIS agents in 2018 that he believed up to 15 percent of American sailors in Bahrain were housing prostitutes in their off-post apartments.

Another sailor told NCIS agents that “service members have been housing women for profit since at least 2012″, when he was previously stationed in Bahrain. Sailors would typically hold (the women’s) passports to ensure they received money owed to them.”

Meanwhile, the silence of the Bahraini authorities on such an important issue is suspect, to say the least.

The Bahraini Government is never concerned about its own people, and won’t be concerned about the migrants, or the Thai women. So, the only concern of the Bahraini Government is to whitewash its violations and to expose itself to the world, as, as a government that cares about human rights. But, but in this case we see that it’s, it doesn’t comment about this because the American persons in the first place in Bahrain is to protect this government and its illegitimate government.

For years, American sailors and prostitutes have coexisted with each other; they have lived, drank and slept together near “American Alley” in the Juffair, a neighborhood in Bahrain’s capital, Manama, an area spotted with bars, nightclubs and apartment blocks.

The Bahraini Government’s inaction on dealing with sex trafficking makes one wonder how complicit Manama is in this international crime?