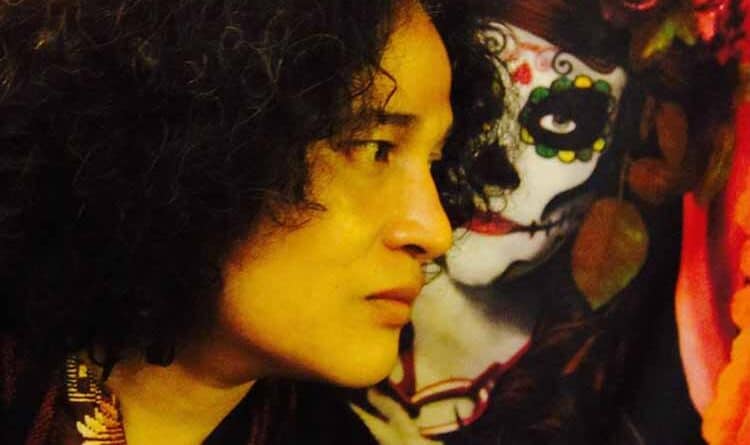 Violence against women and the impoverished and exploited masses is a state policy in societies with neoliberal governments. Before the armed wing there is the resource of religion, which emotionally manipulates the disenfranchised, but doubly violates women because of their gender. In the name of faith, protected by misogynist religions, many men exercise gender violence to the point of femicide. This is not new, we are not discovering sugar water. But an absent state, infested with corruption, where machismo, misogyny, homophobia and patriarchy are systematically nurtured, is responsible for gender violence and its entire context.

Without laws that punish those who violate women in all its forms, gender violence will continue. And the main criminal is the state that, with its policies, denies the right to abortion, followed by the thorough planning of impoverishment for the most exploited sectors… Denying girls from the most vulnerable sectors access to education; forcing them to give birth by manipulating the population into believing that abortion is a murder punished by God, instead of informing them of their rights, without interfering in their bodies. Abortion is a right denied by repressive states ruled mainly by male chauvinists who use it as a weapon of punishment against women because of their gender. But if their daughter gets pregnant, they send her to the best clinic in the country or abroad for an abortion, and the same goes for the leaders of the oligarchy.

Girls without access to education, without healthy food, without access to a health system, living in houses that do not have the minimum security in violent environments systematically orchestrated by the state, are girls who will never have an integral development and therefore will never be fulfilled women, neither personally nor professionally. It is common to see them being mothers from adolescence—because of sexual abuse, because they were victimized by patriarchal romantic love, or because they were forced into a marriage—and being anything but happy and fulfilled people. No woman can be happy in such conditions.

How can a girl be happy with a mother who works 16 hours in a maquila, in a factory, cleaning a building, a hospital, burning her life away on the farms? A mother who goes out at dawn and returns late at night is deprived of the opportunity to share with her children, to see them grow, to hug them, to share quality time with them, if she herself did not have it in this chain of systematic abuse that is state policy.

Attitudes and actions of abuse against women can be counted by the thousands. It’s not necessary to reach the point of physical violence to be counted as abuse, there is also emotional abuse, which is just as harmful. But in our societies, the violence exercised by the state in these post-dictatorships has also led men to abuse girls, adolescents and women in family environments, because they know that shame is a good ally and that as long as others do not find out about it from the outside, they can do whatever they want from the inside.

Because it is still the advice of the priest or the pastor of the church to forgive, to keep silent, to keep the family together despite crimes that should be paid for with imprisonment but which, if committed against a woman, may well be forgiven by God.

This is how we see the big increase in the sexual abuse of girls, by their parents, grandparents, brothers, cousins, pregnant teenagers abused in their own homes. They know that there is no law to punish them because the state policies are those of repression and violence against the population, those of impoverishment and labor exploitation; because the more a person works, the more tired they are, the hungrier they are, the less strength they have, the less time and energy they have to think; because without education they don’t know their rights, and they won’t know this is used deliberately to oppress the sex. It is much more beneficial for a corrupt and criminal government to have unhappy girl mothers than teenagers on their way to higher education and professional development: being mothers they are incapable of questioning why poverty forces them to fetch food at odd hours for their children. On the other hand if they develop professionally they will have access to another standard of living, and demand their rights, and start to question state policies which, if they set their minds to it, they can change.

That is why a femicide no longer causes shock, astonishment or indignation, because it is no longer surprising that airplanes loaded with drugs land are incinerated without finding those responsible. Because it’s no longer surprising that the police or the army are the ones who guard the shipments. Because it’s no longer surprising that the members of the security forces are the same ones who rape women and are not punished. Then a civilian says: but if they rape in uniform, why can’t I rape any woman, whether she is a member of my family or not? If the president himself sees women being killed and does not speak out, it is because he isn’t interested, so anyone knows that he can rape any woman he likes and there will be no consequences.

It is a crime for the state to deny food, health and education to girls, but it’s also a crime for the state to turn away when they are violated because of their gender, when they are beaten, raped, impregnated, disappeared and murdered. But if a state does not speak out, this government should be changed immediately by society. It’s the people who must react and bring to power capable people, who understand that the state must implement policies to counter systematic violence against women. But what society is willing to do this? Worldwide, we see that it is mostly women who speak out against gender violence because men, regardless of their ideology, are the ones who benefit most from the lack of laws that punish such crimes and aberrations.

As a result, it will be women who will change state policies that systematically fuel gender-based violence.